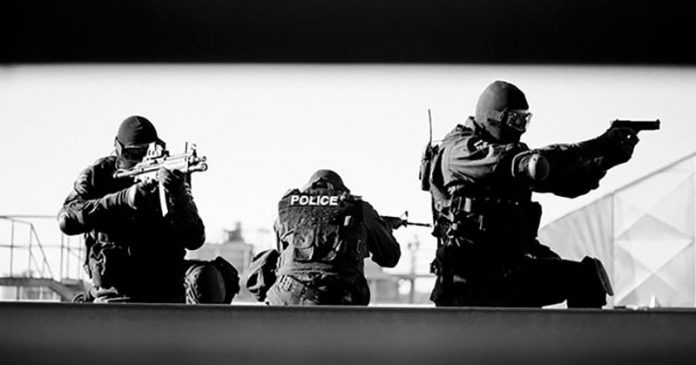 Early on June 12th, Omar Mateen decided to execute an attack that killed 49 people and wounded 53. People across the country, across the world, have justly decried Mateen’s attack as unimaginable carnage, inconceivable violence, and bloodshed out of the worst of nightmares. The news media has stretched their journalistic dictation in a seeming effort to outdo each other for colorful descriptors.

The rapid hatred and violence of Mateen’s attack was many things but unimaginable and inconceivable are realistically not among them. Omar Mateen pledged himself to an Islamist cause publicly and proudly. That cause or causes, ISIS among them, believes death is the sentence for the LBGTQ community under sharia. Pakistan, Afghanistan, Iran, Iraq, Saudi Arabia, and Yemen all have laws permitting or have smaller courts handing out death sentences under sharia and ISIS is among the most violent of sharia professing militants. Unimaginable and inconceivable are far from accurate when it comes to violence against the LBGTQ community.

But I’m not here to cover the motivations, those are known, I’m here to discuss why the attack was so brutally effective.

The Pulse nightclub, like most public locales, is what we classify as a soft target.

What is a soft target?

A soft target can be summed up as a location that has a low risk to the attacker or attackers with a high pay off for the attacker’s goals if the attack is successful.

Terrorism’s purpose is to violently send a message to the population or populations for political/ideological or material gains.

The Pulse was a political/ideological attack. Its purpose was to send a message of fear and vengeance to the LGBTQ community and “punish” those at the nightclub for their lifestyle. This is a tenant of those in the violent segments of Islam, like most violent tenants it isn’t kept secret by its professors.

The Pulse was a perfect target for ISIS or equivalent militants. It is an American target, it is an LBGTQ target, the LBQTQ community has been central in the media and will garner massive attention, and with all the first world social media the coverage will spread like wildfire. To top it all off, like I said above, The Pulse is a soft target.

There are two factors to consider. The first is physical location and construction. The second is the populous mentality.

To keep this fairly brief, The Pulse is a nightclub and will never be constructed to withstand or respond to an attack. It’s a nightclub, it will be constructed with parking, bar space, dance floor, “back of the house”/administrative offices and storage. The only measures remotely security related will be structured around checking ID’s, controlling crowds with lines, and being able to deal with rowdy drunks. These are all relevant to the smooth operation of the club.

Threats like Omar Mateen were low probability and by extension were not taken into account with any meaningful action during construction and layout and that’s assuming this threat type was even considered by Pulse management. This isn’t a knock against the club, this type of risk analysis deficit exists nearly everywhere. The Pulse is in business to be a social setting, not a Forward Operating Base.

It’s the second factor, populous mentality, that makes or breaks whether or not a location is a hard or soft target.

You can take a location that has high fencing or walls, biometric access, and patrolling security and it could still be a soft target if those precautions are easily circumvented or defeated. The Pulse had security, but that security was for rowdy patrons of the day to day bar.

In contrast, you can take a location like McDonalds, where there is no staff security, limited access control, no fortified barrier plan, and a full access policy (if you have shoes and shirt) and that location becomes a hard target. Why? 11 Special Forces soldiers eating lunch. This happened June 8 in Bensancon, France.

Both the McDonalds and The Pulse are public access locations. But the incidents had vastly different results. Look also at the Thalys train attack (also in France). The train is also as publicly accessible as possible because that’s how trains run. But that attack, by a terrorist with an AK Rifle, had a vastly different result.

The factor that saved lives wasn’t the law, it was the willingness of the people under attack to respond and fight. It was the prior mentality and preparation to respond immediately and effectively to the threat laid bare.

In The Pulse, there was Imran Yousuf
http://www.marinecorpstimes.com/story/military/2016/06/14/marine-vets-quick-actions-saved-dozens-lives-during-orlando-nightclub-shooting/85860320/

A USMC veteran with a reactive mentality saved lives, and all he did was move to and open a door and get people out. In his own words he “just reacted”.

But Yousuf’s was a singular mentality. The populous mentality was the reaction of the remaining Pulse patrons, they fled, panicked, and hid… then 49 died and 53 were injured and those left inside were held hostage until the police ended the stand off with a breach and gun battle… 3 hours after the first shots. Contrast that with Thalys where a similarly armed attacker on a train with nearly 600 people was stopped by 6 people who acted quickly and decisively and only sustained non-fatal injuries.

Now what some don’t want to hear…

The quicker an attack ends, the safer you are. If you can’t get out… Get violent.

The quicker you begin treating the wounded, the more likely they are to survive.

Evil and worthless cowards like Mateen don’t pick locations like The Pulse to fight, they go to slaughter without resistance.

It’s going to happen again, and no stupid little rule about magazines or semi-automatics will stop a violent ideologue.

People who act in the moment will.