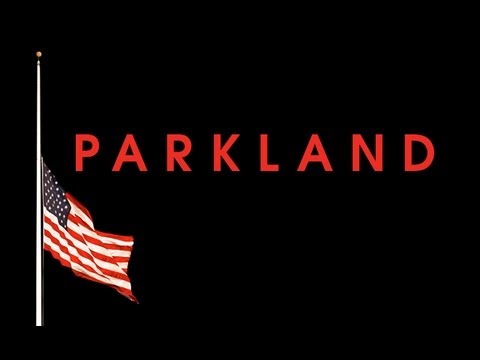 I do not want to write this article.

I did not want to write the previous article.

I hate this topic. I hate the immediate politicization. I hate that 17 families have had a hole ripped into them by the violent choice of one oxygen thief.

But above all I hate the sphincter torrent of valueless bloody shirt waiving.

There is a small group right now that has every justification to be emotionally rent. The families, students, and faculty in Parkland who are living this nightmare. I do not expect a level head from any of them, not right now. Those wounds are still fresh and deep.

When the father of a victim stands in front of a camera, voice breaking from grief, saying “Do not tell me there is no such thing as gun violence! It happened right here in Parkland.” I will not offer a word of rebuke, condemnation, or correction. They can hate my position. They can be angry at me. They are wounded and grieving.

I grant no such leeway to the politicians who pick up those grieving people and use them. They know better.

There is no such thing a gun violence. It is violence and its motivations are always the same.

An individual’s or group’s reason for using violence will fall under one or more of those categories.

In the case of Cruz, this appears to be retribution. While the authorities in Parkland investigate further and the mental health aspect will be dissected and speculated on cyclically by every outlet that believes they have a “solution” the basic motivator appears to be planned punitive retribution.

Revenge for slights perceived or real is among the oldest of violent motivations. Vengence isn’t going anywhere. It’s a trait of human nature and when that trait surfaces, disregarding the sanctity of human lives, the mind rationalizes violence.

What should we do? What can we do?

We can do just about anything. We can ban. We can limit. We can regulate. We can confiscate.

What else can we do?

We can take the threat of violence seriously and realize that our responses are entirely devoid of any need to know the motivation. The motivation does not matter.

It does not matter if the person or persons threatening me and mine want my wallet, want revenge, or want to harm me for being American, male, white, tall, thin, or for a differing view on God. My response will follow the same progression in any of those cases.

What should we do?

Tend to the wounded. Mourn with the grieving. Take the threat seriously.

There continues to be no softer nor more vulnerable target than free society. Part of the reason is we DO NOT take this risk seriously. We continue to prefer believing it won’t happen. We continue to accept half measures and window dressing security in place of effective responses.

There’s no school nurse aid station that can handle a mass casualty event, not even when paramedics arrive. Why? They make trauma kits orderable online that cover everything from splinters and sprains to gunshot wounds and shrapnel in multiple people.

What real security was in place that this shooter could walk in with a rifle and pull a fire alarm? Why was there access? Why wasn’t there physical and digital observation? If there was what was the failure point or weakness that he exploited?

Now what are the answers to those questions in your school district? If those answers suck, fix them.

If violence comes to you… can you get violent?

The answer should be yes. You will live longer.

Again, if the answers to those question suck, fix them.

What shouldn’t we do?

We shouldn’t listen to anyone who says there have been 18 school shootings this year. Only two fit that description, 19 dead total. The rest of the incidents range from random rounds coming through windows, to suicide, to a 3rd grader discharging a police officer’s sidearm (yes, really). Using any event that happens on our near a school to pad the number of school shootings does nothing to address any of the specific incidents.

We shouldn’t listen to anyone who believes our violence is more violent than someone else’s somewhere else. The motivations remain consistent. Twenty one dead in Chicago since February 1st. France currently has a higher mass casualty count and a drastically higher rate (including just shootings) than the U.S. from 2009 onward. Our violence is not unique and we need to stop wasting energy pretending it is.

We shouldn’t listen to anyone who is advocating a half measure like a high capacity magazine ban, an AR15 or assault weapon ban, or any variation on the language surrounding “high powered assault weapons”. They are either lying or stupid. If they believe the problem is firearms the only viable position that mitigates that threat is a total ban and confiscation. While it isn’t a solution to violence nor a remotely executable possibility it is the only logical position for someone to hold if they rationalize firearms held privately as the threat.

It is a tale. Told by an idiot, full of sound and fury,. Signifying nothing.

Let our hearts do the hurting for those lost and injured. Let our heads come up with the solutions. Real viable effective solutions to save lives, end these events more quickly, treat the wounded, and prevent more of these incidents by fostering a culture where human life is too valuable to take.