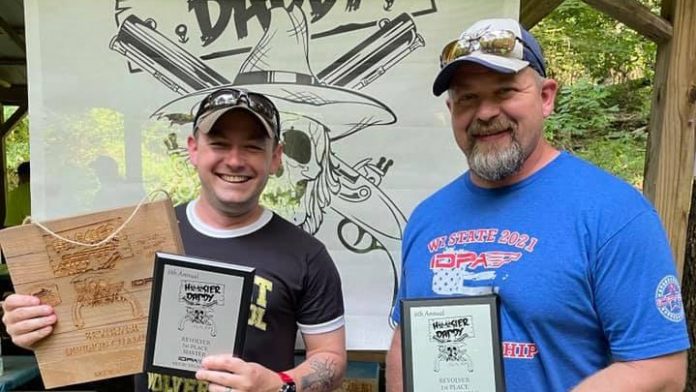 As we get into the winter season across much of the US, many clubs in cold weather state reduce or stop having matches entirely. If you live in the South/Southwest this may not be the case, but even for shooters who have chosen to live in good climates, the season from Día de los Muertos to the end of February represents the closest thing we have to an off-season in the shooting sports. But if you want to be a big-boy (or girl) professional shooter, what’s the best way to utilize your off-season?

The first thing that’s important to do is actually take an off-season. I’m not saying lock your guns up for the entire winter. But maybe take a couple of weeks off from dry fire and just relax. Or if you train 3-5 times a week, dial back to 1-3 instead, just to give yourself a little space from the gun games. Trust me, two weeks off from dry fire will not kill your chances of making GM next season or winning your state match, unless of course your state match is in two weeks. Speaking of winning or getting a better classification, the off-season is also a great time to

Review accomplishments/failures and set goals for next season

This is actually critical if you want to see success in your next shooting season. I should add the caveat that if you’re just like “I like going to matches and blasting” that’s a goal too, and dammit I love you for being able to treat this like it’s fun. But anyway, goal setting is huge. It is important when you set your goals to 1) be ambitious but also realistic, 2) be able to accept that circumstances may change. For example, for the 2021 season I had set a goal of winning a Revolver championship at IDPA Nationals. Uncle Sam had other ideas and I spent six months in Illinois training Airmen for deployments. However, I was able to pivot my goals and shoot some state level matches, including the tough Illinois State Match. So my goal went from “win Nationals” to “win every state match I shoot,” which I accomplished. Now for 2022 I need to take a hard look at last season, a hard look at what I want to do, and set goals for 2022.

The off-season is also a great time to just fart around and try something new. If you are somewhere that still has matches from Nov-Feb, maybe try a different division, or a different sport. Do you normally shoot Carry Optics? Try Single Stack at a match, or take your USPSA gun and shoot an IDPA match or Steel Challenge. Hell, mix it up and go shoot bullseye. I think it’s vitally important to use the off-season to get some trigger time that isn’t focused on whatever your goal is, and just have some fun sending bullets down range. However, the most important thing to do with your off-season is…

Whatever the hell you want

Don’t listen to me, I’m not your dad. Or do, because ultimately it’s your time, not mine. What I do with my off-season has been working well, but I’ve also been tweaking it for the past 10 years. 2021 concludes my 11th season of shooting with some level of sponsorship, and I’m excited about heading into 2022 with a fresh mindset.