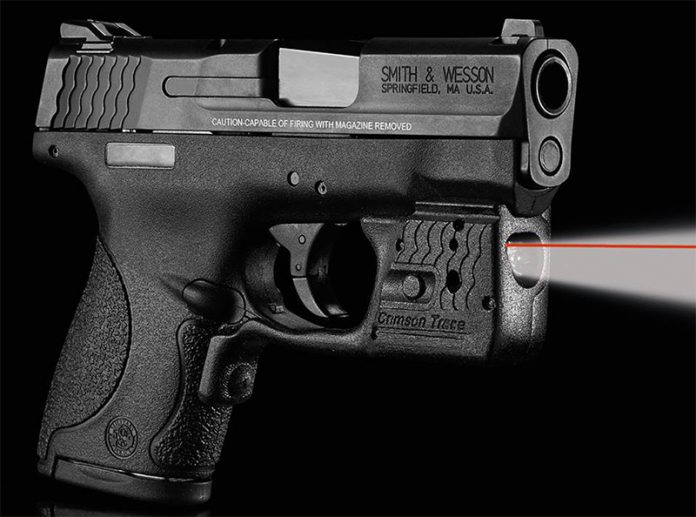 In a conference call with investor’s last week, Smith & Wesson executives revealed the company’s accessory department saw a 17 percent decrease in sales. The gun maker reported $14.5 million in gear revenue from April to August as compared to $17 million during the same time period last year.

“We transitioned poorly performing Thompson/Center Accessories business from the firearms division to the accessories division and have the accessories team sorting that out,” Debney said in the call. “They have had to take some price increases, eliminate some discounting and some promotional programs. That, obviously, had a dampening effect on sales.”

Debney also mentioned inventory issues at three key retail areas which negatively impacted sales. He declined to comment on specifics but said the company is working to address inventory in Q2.

In addition, he told investors that consumers are shifting their sights and money towards firearm purchases in lieu of gear.

“There’s probably been some impact due to the shift in consumer spending, perhaps over to more firearms, more expensive firearms. Difficult to understand, really hard to quantify, but there is no doubt it seems to be apparent,” said Debney.

Smith & Wesson more than made up for the $3 million loss through their firearms division which reported $183.4 million in net sales.

The company is on the path to repair the accessory deficit by restructuring departments for their recently added brands. In addition to firearms, accessories and outdoor products divisions, the gun manufacturer added a new wing called electro-optics. Newly acquired Crimson Trace, which cost Smith & Wesson $95 million, will slip under the optics heading.

Debney told investors he has high hopes that Crimson Trace will bring accessory sales out of the red.

“Although Crimson Trace has been narrowly focused on the laser sighting market, its management team now views the electro-optics market in its entirety,” said Debney. “This is a broad and sizable category that includes products such as various sights, aiming and ranging devices, magnifiers and scope for a variety of applications. Therefore, we believe that this division will have ample expansion opportunities.”

Aside from accessories Smith & Wesson is doing well for itself, reporting a 40 percent overall increase in sales in its first quarter.