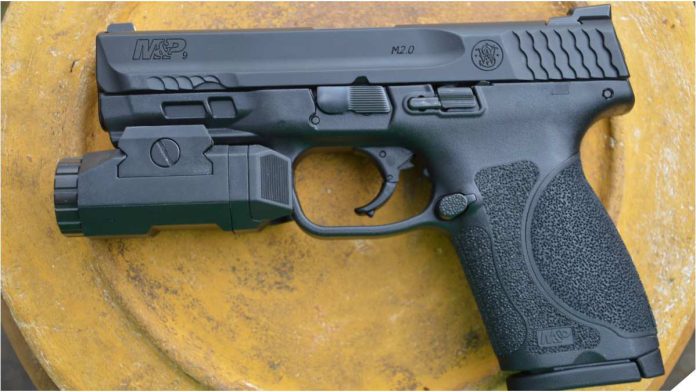 Smith & Wesson will be consolidating their warehouse operations which include a shift from a center in Massachusetts to one in Second Amendment-friendly Missouri. (Photo: Chris Eger/Guns.com)

The publicly-traded company will be moving their distribution center to a new facility in Columbia, Missouri later this year. The news came as AOBC announced their financial results for the third quarter which overall saw sales increase by about 3 percent in the wake of announcing more than 250 new products from across the corporation’s varied divisions.

“The ramp-up of initial operations at our new Logistics & Customer Services facility in Missouri is well underway and on track,” said James Debney, AOBC’s CEO. “This 633,000 square foot, state-of-the-art facility will serve as our centralized logistics, warehousing, and distribution operation for all of our products, facilitating our growth, enhancing our efficiencies, and allowing us to better serve customers across our entire organization.”

The Boston Business Journal reports the current Springfield, Massachusetts-based logistics warehouse, as well as one in Jacksonville, Florida, will close, with their operations folded into the Missouri center, which will hire 154 new workers. The Columbia facility has been in the works since 2017 with a combination of offsetting local tax breaks.

Then-Missouri Gov. Eric Greitens welcomed the company with open arms to the Show Me State two years ago, saying, “Missouri has always been a great Second Amendment state, a wonderful state, for people who love firearms and treasure their Second Amendment rights.”

Meanwhile, in Massachusetts, anti-gun protestors joined by at least one state Democratic gubernatorial candidate, have repeatedly picketed Smith & Wesson’s historic factory. The iconic company will continue to make guns in the state. According to data from federal regulators, Smith manufactured 1.4 million pistols, 396,710 rifles, and 294,680 revolvers as well as a smaller number of miscellaneous firearms and shotguns in Springfield in 2016, the most recent year for which figures are available.