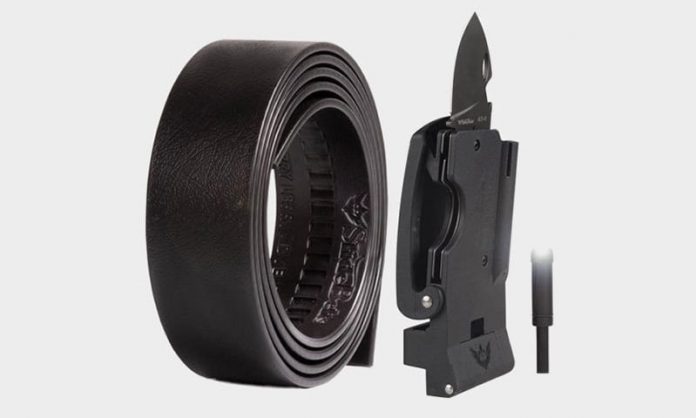 SlideBelts have a classic style.  Not a slave to fashion, I don’t care much about style, but do I love good design and their Survival Belt is one-of-a-kind awesome.  Simple, rugged and packed with outdoor essentials, I love this thing.  The first thing you notice, after the knife, is that it is infinitely and instantly adjustable.

Where are the holes?

“Ratchet belt” is a popular term that refers to a certain style of hole less belt. Around the world, it is referred to as a click belt, automatic belt, or a no holes belt. Instead of using holes, ratchet belts use an array of teeth sewn into the underside of the belt strap. A tab in the buckle engages with the teeth and locks in, similar to how a zip tie operates.

How does it adjust?

From its closed position, a release mechanism allows the belt strap to come free. Most ratchet belts use a small button for this, but a SlideBelts brand ratchet belt uses a patented frame-release lever, that’s easy to use.

Let’s start with the belt itself (they call it a “strap”).  Made in the USA it is designed to defeat the harshest elements and endure extreme use. The strap is composed of an internal webbing core coated in a durable TPU alloy protective shield. This proprietary combination is therefore leather-free, and complies with US FDA skin-sensitivity requirements. is long enough that a fat kid can make it fit with an inside the waist band holster and mag pouch. I thought, this looks pretty tough, then I tried to cut it with my knife, fail. I had to get my EMT shears (the kind that cut through coins) and it was a struggle, but it got cut.

I have worn out and torn up a dozen leather gun belts over the years.  The stretch, they don’t adjust enough, the holes elongate when you wear your gun too tight. This belt may wear out, but it won’t go like that.

I carry guns and magazines on my belt and my pet hate is wimpy belts that roll over moving my gear out of position. The straps have high tensile strength and are designed to remain rigid without twisting. It supports the weight without distortion. The quick and precise adjustment lets you carry inside the waistband or outside with a simple positive adjustment.

The unique Survival Buckle is composed of highly durable glass-filled nylon. It features an integrated folding knife with bottle opener, LED flashlight, and a ferrocerium fire starter rod. The knife is made of heat-treated AUS-8 stainless steel with a durable Titanium Nitride coating. A liner locking mechanism allows the knife to be opened with one hand. 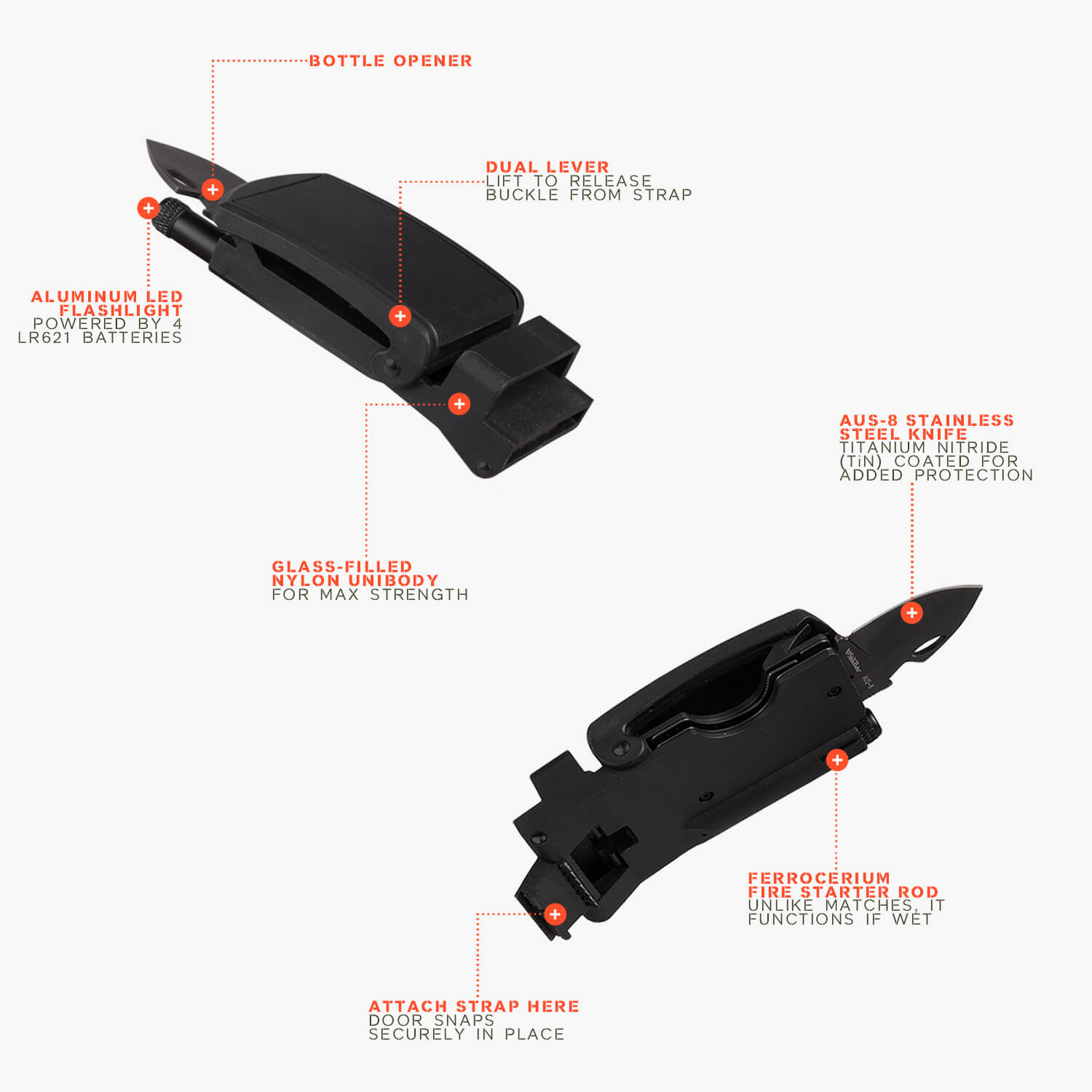 I live in the Pacific Northwest where cold and wet can, no shit, kill you. I have to admit, fire starting was never part of my everyday carry until I got this belt. I have used the flashlight more that the fire starter, but they both work.

You can get your very own Slidebelts’ Survival Belt HERE

The idea for SlideBelts began in Brig’s head in 2004. On September 25, 2007, Brig officially founded the belt company. He and Michelle married in 2008. Creating a groundbreaking product is one thing, but creating a company where that product can thrive and enrich people’s lives is an entirely different feat.

In 2010, Brig and Michelle moved to El Dorado Hills, California. Over 5 variations of belts later – having endured challenges together, and finally migrating out of their garage – the SlideBelts team has grown to 24 additional team members. As SlideBelts continues to grow, the team’s focus, leadership, and regard for product experience remain constant.