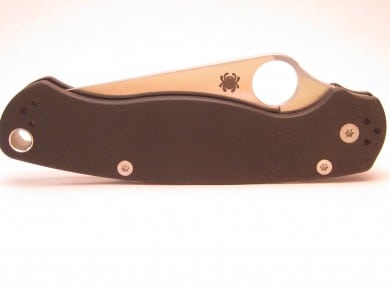 If you have ever played fantasy baseball or football, you probably understand the mentality that leads people to daydream about trading for players to make their team “perfect.” You swap this guy for that guy, drop this guy, and pick this guy up off the waiver wire. This chain reaction of transactions starts with an obvious move. You have two good third baseman, your trade partner just lost his to injury. The rest happens like dominos.

In many ways developing a product line for gear companies is a bit of thaumaturgy. Its not a science, despite all of the money involved, and sometimes products that seem destined to become best-sellers fall flat. But if you look carefully at some of the major companies out there, it seems obvious that there are a few moves that could be made, spots in product line ups that could be filled, that would make all of the sense in the world and probably some profit on top. Here are some:

There is a Cru Wear Military and a half dozen sprint run Paramilitary 2s in a ton of different steels, but this world beater design and uber tough knife hasn’t been made with 3V steel. Spyderco caters to steel junkies. They are the Walter White of exotic cutlery steel. This just seems too obvious–make a best seller with a super popular, super hot steel. And please make this a non-sprint run. Tracking down a sprint run PM2 is both tiresome and expensive. They have proven that premium steels work on staples of their product line in non-sprint runs (the Manix 2 in 110V and the Dragonfly 2 in ZDP-189 prove that). And since this is a purely speculative “fantasy” gear list, give the 3V Paramilitary 2 red handles.

This seems like the most obvious of the obvious moves. The guy that invented (or popularized) the framelock doesn’t have an entry into the highly popular titanium framelock flipper market. Imagine the smooth perfection of a flipper Sebenza opening with a confident “snick”. Oh man. I know Reeve doesn’t like the fidgeting people do with knives and actively discourages folks from flicking open their Sebenzas, but everyone seems to have figured out how to make a flipper work even when knife knuts fidget with them. A Small Flipper Sebenza just might be the ultimate production knife.

Surefire is going to eventually realize that they have saturated the tactical market. They are also eventually going to realize that AA and AAA batteries aren’t the work of the devil or weak sauce replacements for lithiums (yes, I know they make ONE AA powered light). The Titan’s form factor and infinitely variable brightness are amazing. Add to that Surefire’s insane, custom level build quality, and it is a tantalizing package. But with the advances in emitter technology, the difference between the performance of a CR123a light and a light powered by AA or AAA batteries is negligible. Surefire, just do it. This would be the perfect entry into the EDC market. Oh and make the Titan tailstand while you’re at it. There was an aftermarket edition on CPF that made the light capable of tailstanding. License that and be done with it

I have wanted a high end Leek for a while. The shape of the Leek, other than the super thin tip, is great. But the minimalist look is totally broken by the row of fasteners along the handle spine. This is a knife that BEGS for a single piece handle, known in the custom knife world as an “integral handle.” A few Lionsteel knives use integral handles and the look and feel are fantastic. Here is the thing though–none of those knives have the same ultra-sleek look that the Leek has. They are all knives that fall into the “big” to “enormous” category.

I am also perfectly fine with a Leek that has no assist, something that would more difficult in an integral (I would say “impossible” but Lionsteel announced an integral with a lockback and IKBS at Blade Show, so it seems nothing is impossible…). There is no knife out there that would benefit, aesthetically speaking, from the upgrade to an integral handle as much as the Leek.

Two other reasons to do it? First, the Leek is a great selling knife with a large collector fan base. Second, this is Kershaw’s 40th Anniversary and it would be really awesome to see some of their classics receive an upgrade. Maybe they could fix the needle tip while they are at it.

Benchmade is wedded to the Axis lock and for good reason–the lock is super tough, easy to use, ambidextrous, and you can disengage it without putting your fingers in the blade path. All of that is a good thing. But the Axis lock doesn’t function all that well as a flipper. Instead, it produces a sloppy and floppy deployment in large part because the detent necessary to create a snappy flipper isn’t easy to do with an Axis lock knife. The 300SN is a terrible flipper, one of the worst on the market. Its an okay knife overall, but the flipping action pales in comparison to even the cheapest properly made flipper. The Kershaw Chill, a sub-$20 knife, is an infinitely better flipping knife. Flippers are enormously popular right now and Benchmade not having a good one is something of a crime, given how amazing their machining capabilities are. In order to make one they need to avoid the Axis lock. I’d love to see a Bradley Alias (a knife they make on spec for Bradley) with a flipper. I they could also make a Torrent flipper. There are a ton of options, so long as they avoid the Axis lock. Cold Steel tempted us with the release of a Recon 1 in CTS-XHP. Unfortunately for the non-mall ninja contingent of knife owners, they chose to use the super steel on their tanto Recon 1s only. I get that they have a connection to the tanto, that it is an important part of the company’s heritage, but as an EDC blade shape, the tanto leaves a bit to be desired.

First, Cold Steel’s “tanto” is really an Americanized version of the Japanese classic. I have no problem with Cold Steel modernizing the blade shape, but in doing so they made it even less useful for EDC. Its an amazing stabbing blade, but stabbing is the thing you do least with your knife (unless you are a mall ninja). Second, the tanto, especially the Americanized version, is just not a people friendly blade shape. It’s cool. It’s high performance. I get that, but the tanto is just not useful as an EDC blade shape (or more correctly: it is not as useful as other blade shapes).

Cold Steel’s steady march towards the mainstream continues. They upgraded their locks. They made a few non-Goliath sized knives (the Mini Tuff Lite is very good). They embraced new steels, as seen on their Warcraft (yes…TANTO) knives. The move to CTS-XHP on their most mainstream folder is a huge step in the right direction, but to limit it to just the tanto model is a shame. The Recon 1 can compete with the big guns like the Paramilitary 2 and some ZT knives if it had the right steel, but limiting that steel to the tanto blade shape is leaving money on the table.

These “fantasy” gear creations are a strange breed–they are places where the tastes of the market and the need for profit converge, yet the products aren’t there. None of these moves would be bad for the respective companys’ bottom lines. Instead, it is likely some would be hugely profitable moves (Sebenza flipper, for example) and others (like the alkaline Titan) would open up entirely new markets. Why they haven’t happened is beyond me, but if they did gear geeks would rejoice.