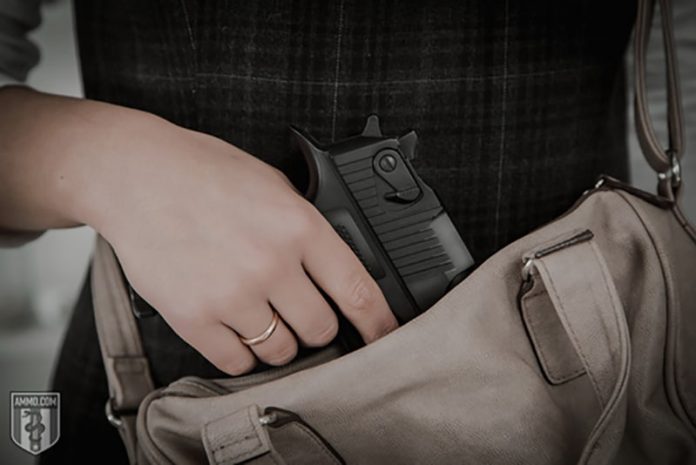 So you want to conceal carry? Great, excellent, good. There are tons of guides out there to help you get started. That’s not what we are doing here today. Nope, we are talking about what to avoid when concealed carrying. These are your concealed carry no-nos.

Small of the back carry sure seems like a good idea, but in reality, it’s like the bizarro version of appendix carry. It places the gun in a familiar place, which does make it fairly well concealed, kind of. If your shirt gets caught on the gun, it’s going to be exposed, and you aren’t likely to know. Every time you sit down, you’ll have a gun pressed into your back. 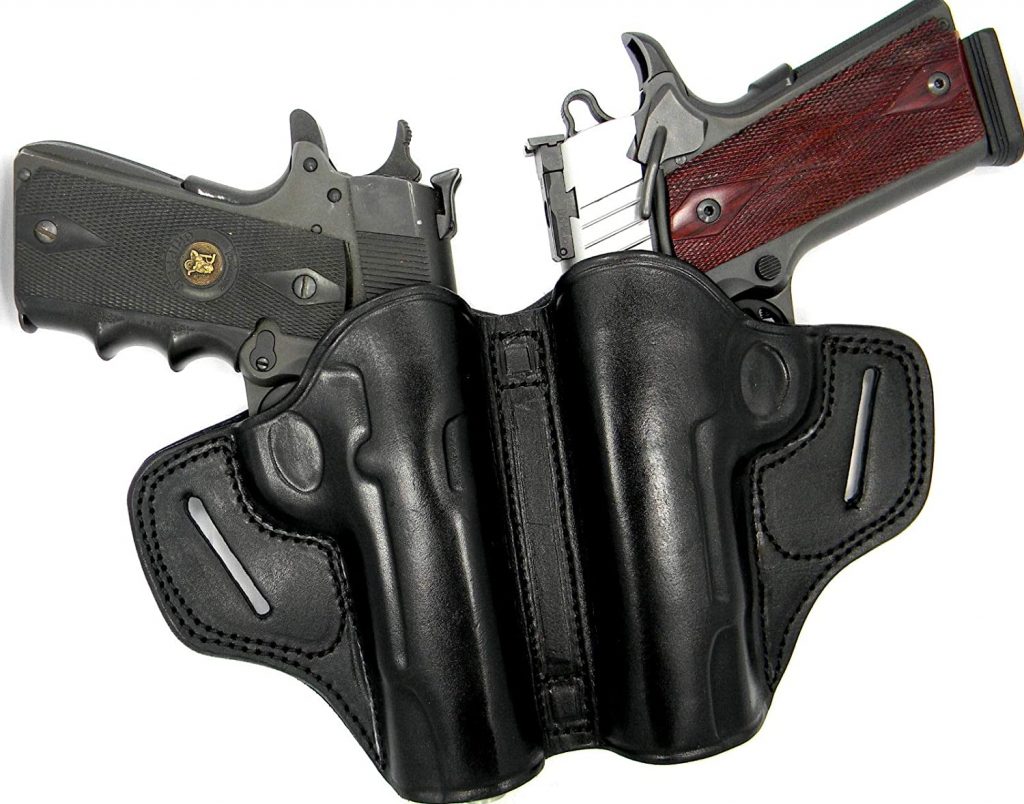 Don’t forget, if you fall on it, you are likely to injure your back severely and permanently. Also, drawing it is super slow and awkward. There is no real good reason to carry SOB unless you’re cosplaying Nic Cage from Face/Off. That’s the only time this isn’t one of our concealed carry no-nos.

I’m not totally against .410 revolvers. I’m just against them for defensive use, especially when loaded with .410. They are a ton of fun to shoot, and eradicating clays on a berm is a great way to have fun with one. For defensive use, they suck. They shoot a rather anemic shotgun round, and the best defensive loads for them are still not nearly as effective at a 9mm. 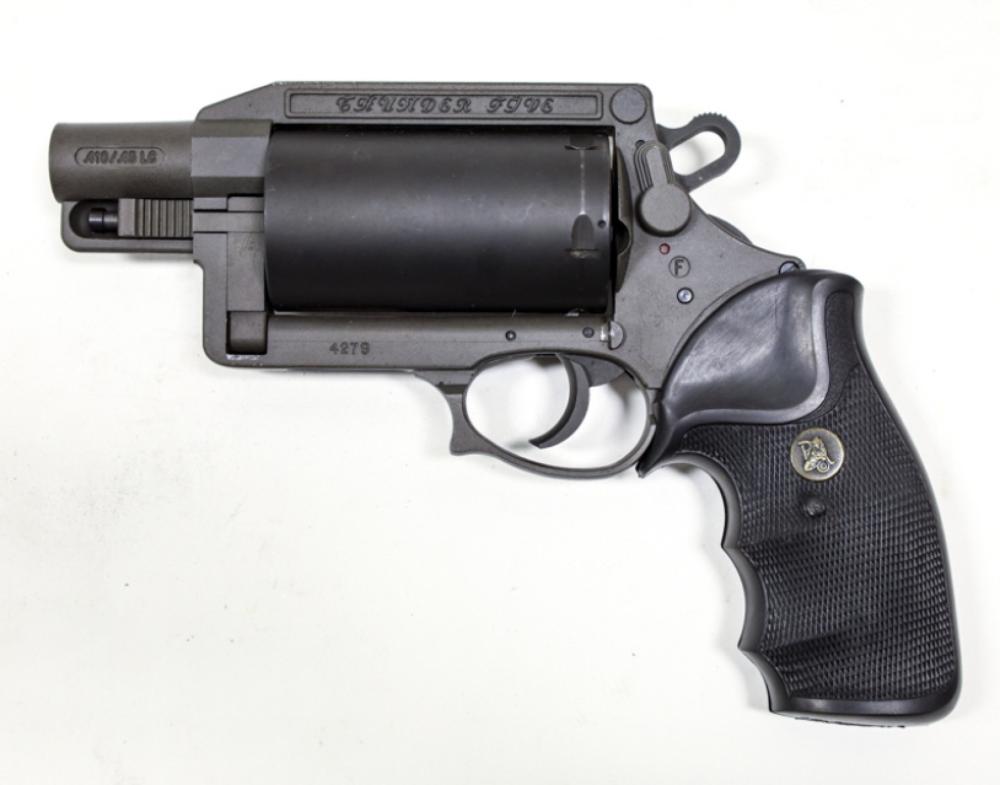 These guns are also huge, heavy, and hold five, maybe six, ineffective rounds. They don’t offer any real benefit to defensive shooting. Load one with .45 Colt, and it’s fine but still massive and silly. Might as well carry a .357 Magnum with a 3-inch barrel. It would be a much more effective firearm.

I don’t mean to offend any Dutch folks in the audience, but I don’t know how else to describe the act of loading alternating rounds. I’m not even sure why it’s called Dutch loading. The combination I hear most often regarding Dutch loading is to load alternating FMJs and JHPs. That way, you can shoot through a windshield or car door or something.

The other way I hear is loading your first shot of a revolver with rat shot, then going to defensive ammo. It’s just a dumb idea all around. Carry proper defensive ammunition, and don’t try to prep for a very niche situation by loading a round that is bound to over-penetrate or underperform.

I don’t know why these continue to exist. I thought we made fun of these products until they were out of business years ago. Yet, here we are, and they are still around. I guess the idea is for the badge to capture someone’s attention and to alert them that you are, in fact, a good guy. These faux police badges are a great way to break the law, as some states are fairly open-ended about what entails impersonating a police officer. As far as concealed carry no-nos go this one is potentially illegal and also cringe. 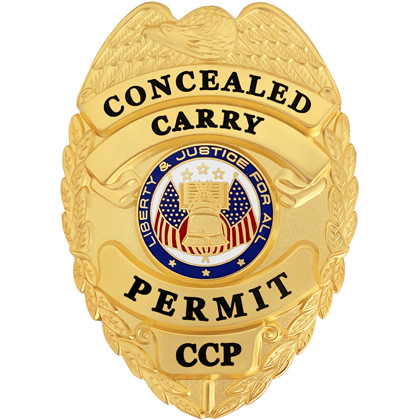 Is the plan to draw your badge and show it when the cops show up? I’m sure reaching for something at your waistline is a great idea when the police arrive at the scene of a shooting. Or do you wear it openly? That kills the idea of concealed being concealed. As concealed carriers, we aren’t police, and we don’t need badges.

If you are really concerned with being identified as a concealed carry holds after a defensive gun use, get one of those big bright sashes. That’s less stupid than this badge.

Sadly I see this all the time. People want to put a red dot on their guns, but they do it in the dumbest way possible. The dumbest way I know of is replacing your rear sight with a Picatinny rail and then attaching the optic to the rail. Choosing bad gear is one of the main concealed carry no-nos. 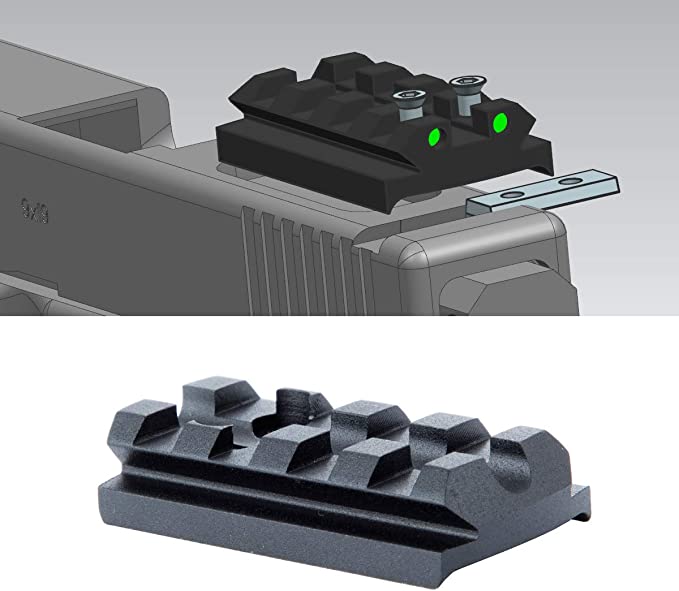 That is all sorts of silly. It places the optic way too high and is not a secure means to mount a tool designed for concealed carry. Replacing the rear sight with a plate is always tricky, and a few companies do it right, but they are few and far between. It’s best to mill your slide or purchase an optic-ready slide.

If this isn’t an option, stick to high-quality sight replacement options like Dueck Defense.

Have Your Priorities Straight

I won’t judge much of what you carry, but I will judge your priorities of carry. If you carry two guns, a folding knife, a fixed blade, a multitool, a reload, and a challenge coin, but you aren’t carrying medical or nonlethal, I’ll probably judge you. If you were just to carry a gun and a knife, ehh, I get it. Sometimes you don’t have room for a ton of gear. If you load yourself down with crap for your Instagram pocket dump but neglect other, more realistic priorities, then you might need to rethink what you’re doing. Having some basic medical stuff, or at least a TQ, is just common sense. You are much more likely to need medical than your gun, much less two guns. The same goes for nonlethal. It’s a tool worth having if you are already going to shove a ton of crap into your pockets. Not setting your priorities is a big concealed carry no-no.

This is only seven items of hundreds out there. I decided to be a bit more specific and maybe address the topics I see brought up every so often. I do reserve the right to expand this list, but for now, I hope I’ve given you six things to think about when you decide to strap your gun on today.