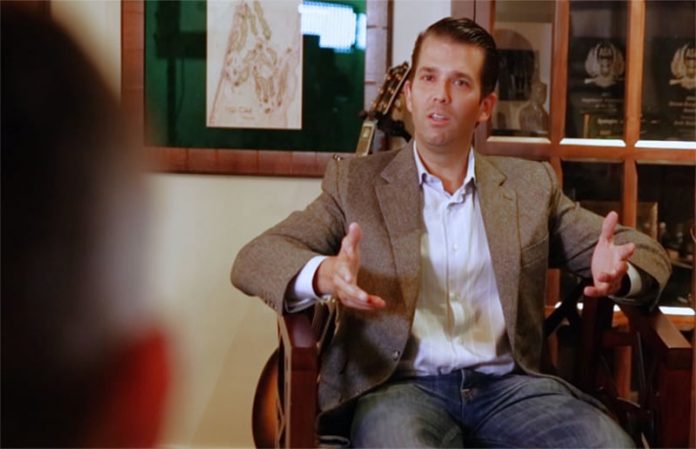 SilencerCo’s CEO Joshua Waldron recently had the opportunity to meet with a prominent public figure of the 2016 presidential race: Donald Trump Jr.

Waldron sat down with Trump Jr. to discuss the Second Amendment, the District of Columbia v. Heller case, how this election will affect the Supreme Court and to get an close, personal look at what his father, presidential candidate Donald Trump, would stand for should he win the presidency.

It’s no secret that Trump is a supporter of the Second Amendment, but his passion for and understanding of the matter may surprise you. “The Second Amendment is what our founding fathers thought of right after free speech and religion.” Trump Jr. said in his interview with Josh. “It wasn’t an afterthought; it was created to protect our most basic and important rights.”

On the other side of the election, Hillary Clinton is a known non-supporter of Second Amendment rights, as made evident by her opinion regarding the results of the District of Columbia v. Heller case. “The Supreme Court said you have a right, to keep a firearm in your home.” Trump Jr. said, recalling the District of Columbia v. Heller case. “[Hillary] said the Supreme Court got that wrong. That scares me as an American.”

Trump Jr. discusses more in his sit down with Waldron, including how this election will affect the Supreme Court. Trump Jr. voiced an interesting insight on what losing a few Justicesses, who are currently statistically above the average age, would cause and how it would change the landscape of our country for generations.

Trump’s decision to visit SilencerCo was simple: “I believe in American manufacturing and I love the product.” The entire, uncut interview is available here.