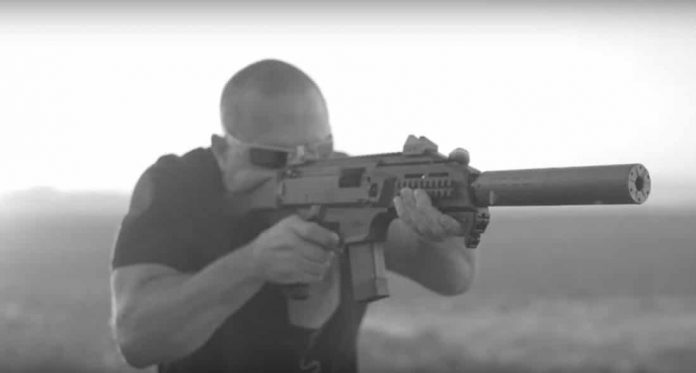 The Hybrid, shown in the video above, is kind of a “one can to hush them all” suppressor that is compatible with calibers ranging from 5.56mm to 9mm, .45–70 GOV to .458 SOCOM, and many in between. Plus it is both full auto and magnum-rated and can be used on pistols, rifles, and submachine guns. What’s not to like, right?

The Omega 9K, in the vid below, is described by SiCo as the “smallest, lightest, and quietest silencer of its kind in the world at just under 5 inches.˝ Its big sound abatement in a tiny package and is compatible with 9mm and 300BLK. In short (pardon the pun) it is the can the movies always promised us.