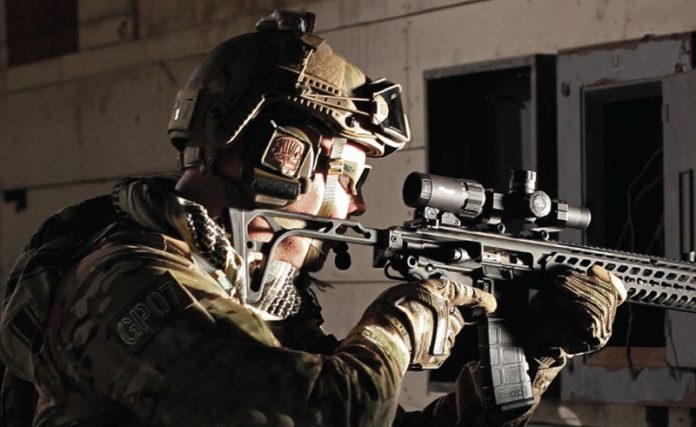 In just a few days the BreachBangClear crew and others are going to be heading down to the Dragoon Mountains to hone some tracking skills (read up about it here). And of course, in a true BBC fashion, there will be some arms involved.

One of the items that we’re particularly looking forward to is the Sig Sauer Tango6. Though they’re best known for their firearms, in recent years they’ve branched out into other facets of the firearms industry with silencers and optics. Sig Sauer, never being just another me-too company, has their own individual style and you can see it with the products they put out. One could argue that they were the catalyst that brought back the popularity of the subgun with their MPX. For rifle calibers, their MCX is regarded as one of the most thoughtfully designed rifles in many years.

And now we get to see for ourselves exactly what they’re doing with glass.

We’ve grown to expect a lot of options from Sig Sauer, and we weren’t disappointed to read the featureset of the Tango6. As you may have surmised from the name, the Tango6 series of scopes deals with magnifications in multiples of six. Not happy with having just a simple 1-6x (though we certainly would be), the Tango6 comes in four different flavors: 1-6x, 2-12x, 3-18x, and 5-30x. That’s well more than enough to cover the bases from close quarters fighting, all the way up to the long range big bores, and everything else between. The one we’re getting our grubbies on is the

There are a variety of reticle options, depending on which model you go with. Tango6 scopes are also available in both first and second focal plane.

We could get into the nitty gritty of the Tango6, but at this point we’ll wait to give you a full-on, hands-on rundown here in the near future. In the meantime have a gander at them on Sig’s webpage here.

If you want to see the latest and greatest posts about the event, search for hashtags #trailsfound16 and #goodgearmatters on your social media platform of choice.