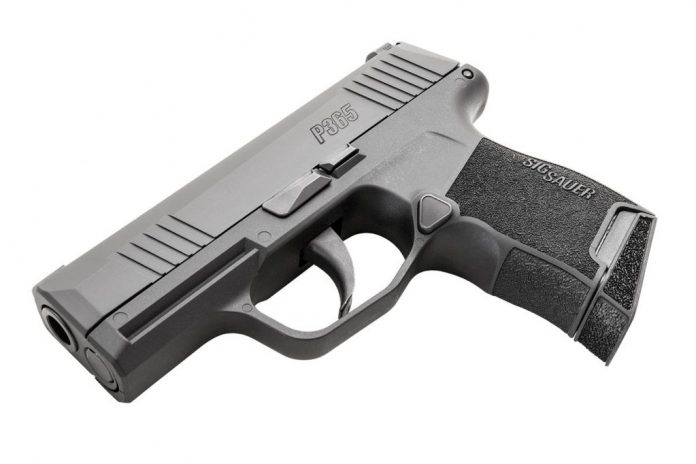 In a class of its own

The 365’s slide- and magazine-releases are very well placed/sized for hands large and small, and its trigger guard is significantly larger than that of the similarly-sized Glock 43 to accommodate a gloved and/or large trigger finger. Grip texturing lands in all the right places, and the grip’s next-to-ideal shape makes you forget you’re firing a sub-compact.

My battle with small, light, and concealable pistols has been a long one. Early in my police career smaller handguns were relegated to a secondary role, mostly due to their proven ineffectiveness, spotty performance and lack of capacity. Over the last few years, however, small handguns and evolving ammunition have emerged to narrow the gap, but payload capacity still remained an issue…that is until now.

The P365’s slide measures approximately 9/10ths of an inch wide…about the same as its direct, but lower-capacity, competition—the single-stack Glock 43. The SIG’s slide is also over a quarter-inch shorter and its grip less than a tenth of an inch wider…all with the capability of carrying twice the payload capacity. Real, dovetailed night sights—much like you’d expect to see on the 365’s full-size brethren—are a definite win as well.

My initial introduction to the P365 occurred at one of Sig Sauer’s media events. To my surprise it was equipped with real steel night sights, affixed into actual dovetails. There were no oddly placed controls, the slide stop, take-down lever and magazine release were the same as most compacts. Capacity was 10+1, extremely impressive for its size, and the grip was not blockish, too thin or square. Using the 10-round magazines left my pinky finger dangled below the grip, but moving to the 12-round magazine was a game changer. My entire hand had a home on a micro-compact pistol. It was snappy with the hotter ammunition, but neither painful or uncontrollable.  Intrigued, it was time to get one and test it.

My test pistol was the current model equipped with Sig Sauer’s excellent X-Ray 3 tritium night sights, the rear of which features a ledge for unconventional slide manipulation. Two magazines are provided, one flush fit and the other with a lip to provide a rest for the little finger. The stainless-steel slide is coated in Nitron, and the 3.10-inch barrel is coated stainless and rated for 9mm +P ammunition. The grip is moderately stippled.  Overall length is 5.8 inches, width is an inch. Listed weight is 17.8 ounces.

With all the chatter about issues with the first guns, I ran this pistol pretty hard. If my life is going to depend on a pistol it must work, and this one surely did. Day one was close to 500 rounds of three different types of FMJ ammunition using the 12-round magazines. Shooting 115-grain practice ammunition was downright pleasant, nothing like any micro-compact pistol tested to date. I would not hesitate to take the P365 and a few 12-round magazines to most any pistol class, and it was possible to run the same drills with the P365 as with any of my current carry pistols. The P365 never missed a beat throughout testing—no malfunctions or failures to go into battery no matter how fast the trigger was pulled.

Magazine options include two 10-rounders (included)—one flush-fit and one with an extended base plate to catch the pinky of an average-sized hand—and an extended capacity 12-round. A payload capacity of this level, for a pistol this size, was and still is unprecedented before the P365 hit the scene. 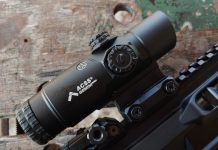