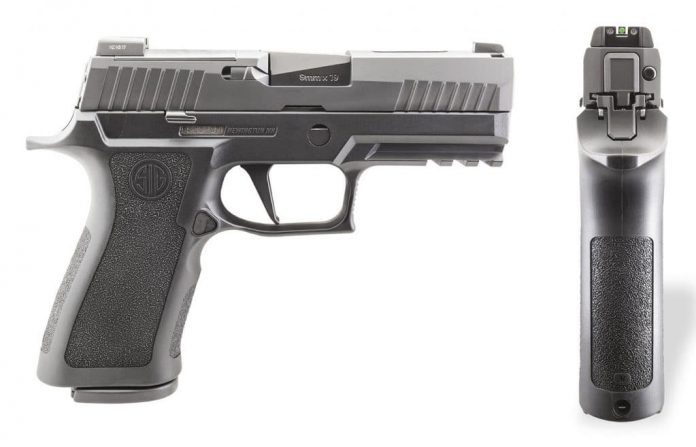 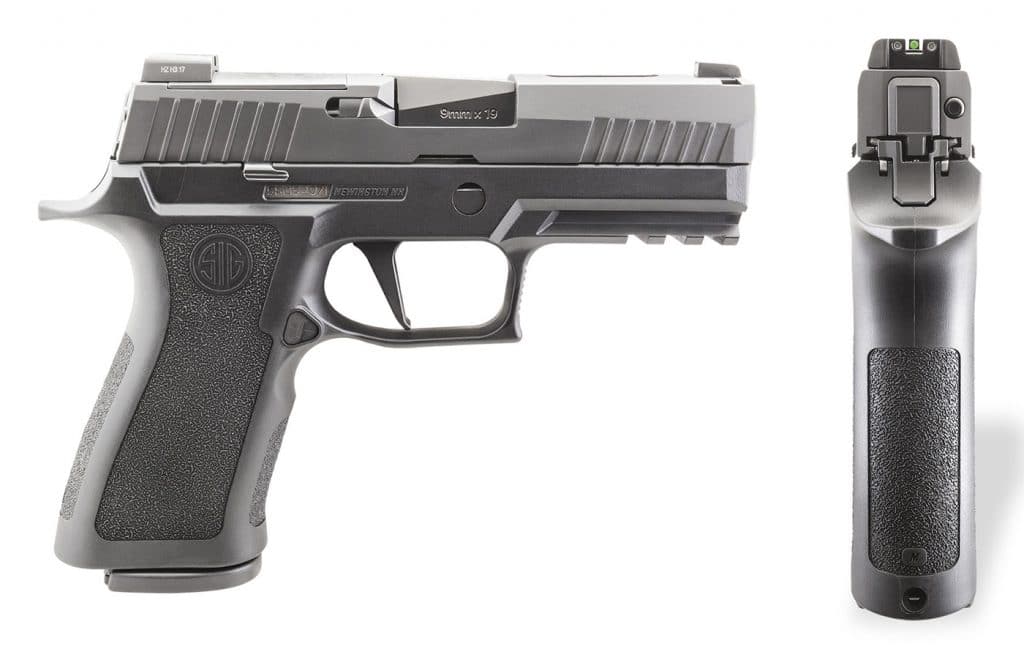 Full disclosure up front–I am a major Sig Sauer fan. I own many of their products. I train as often as I can at their academy. I especially like their P320 pistol line. I carry daily, instruct with, and often use some version of the P320 in competition. So when Sig came out with their X-Five competition series, I was very much intrigued. I don’t own one, but got to try an X-Five out on a few occasions. I liked it, but as the X-Five is a pretty big pistol and I have fairly small hands (infer from that whatever you like), I stuck with my current P320s. 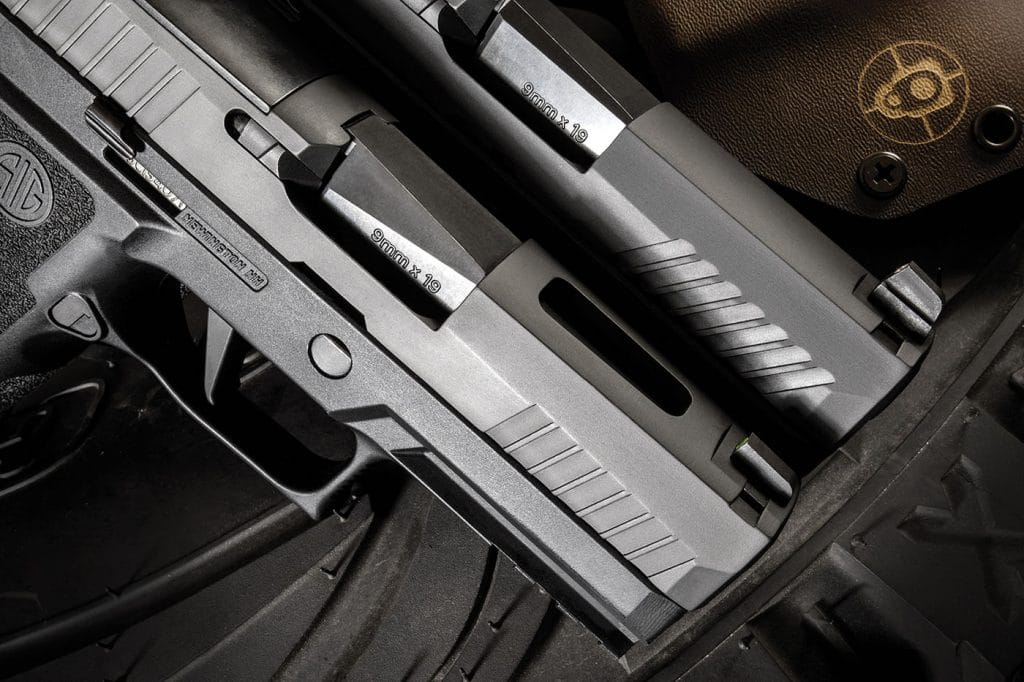 Immediate visual differences between the X-Carry and standard P320 are more-vertical slide serrations for a better grip, a deeper angled cut below the barrel hood and a lightening cut in the slide to reduce reciprocating mass. Not that there’s an abundance of play with standard P320, but the slide-to-frame fit and barrel lockup are both noticeable-tighter on the X-Carry model. Retail cost is exactly $183 more than a standard P320 Carry model, which—considering everything you get—is a deal.

Still, I had hoped that perhaps, someday, if I were very good, Sig would make a slightly smaller version for every day carry (EDC). That happy day has now arrived. Soon after, as if by magic, a 9mm Sig X-Carry appeared for me to play with. Sometimes dreams really do come true. My observations are noted here. 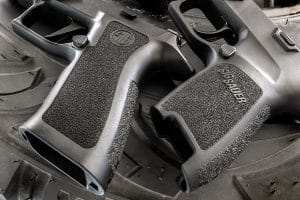 The X-Carry features the same modular grip frame and trigger group of the standard P320, but with SIG’s straight X-Series trigger instead of the standard curved trigger for increased trigger-finger leverage. Even though the X-Carry grip frame is the same length of the 15-round-capacity compact model, it houses the 17-round magazine of the fullsize pistol. The grip’s profile is also more squared off than the rounded shape of the standard, which effectively creates more contact area for your firing and support hands.

The X-Carry shares a lot of the same characteristics as a standard P320 Carry model, with notable differences influenced by the X-Five. Its almost like the X-Five and P320 Carry had a small child that has not quite grown up yet.

It also continues an industry trend of hybridizing EDC or general use guns with those seen in competition. One need look no further than the Errornet or most gun mags to see any number of pistols or rifles with parts that look as if they have undergone serious cosmetic surgery from stock to make them faster, lighter, more accurate and sexy looking. As the X-Carry goes, the frame is of similar dimensions to the P320 Carry, with the edition of a beavertail, slightly different grip geometry, and a single shallow finger grove just below the trigger guard. The improved frame alone is significant, as it gives the X-Carry a very different, more comfortable feel and allows slightly faster recovery between shots. 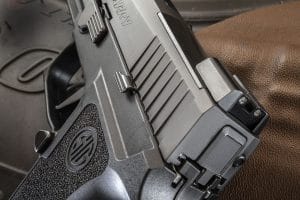 Controls, including the ambidextrous slide release and reversible magazine release button, are identical to a standard P320. Not shared is the plate holding the pistol’s rear night sight. Pop the slide off the frame, remove the two screws holding the plate on, and left underneath is a cut that’s ready to accept SIG’s Romeo1 red-dot reflex sight.

As they are now sold separately, I intend to invest in one. Of note, the X-Carry has a normal mag well versus the enlarged mag funnel of its larger relative, which is not really something you would expect to see on your typical carry pistol anyway. Controls are all in the same places, and except for the trigger are of the same configuration, with takedown exactly as the standard P320. Meanwhile the slide is about .10 inch longer than a standard Carry, but has a lightning cut on the top, and is crowned with Sig’s proprietary X-Ray 3 sights. These are in three-dot tritium configuration, and very much like similar versions from Trijicon or Meprolight with a donut around the lamp of the front sight for quicker acquisition.