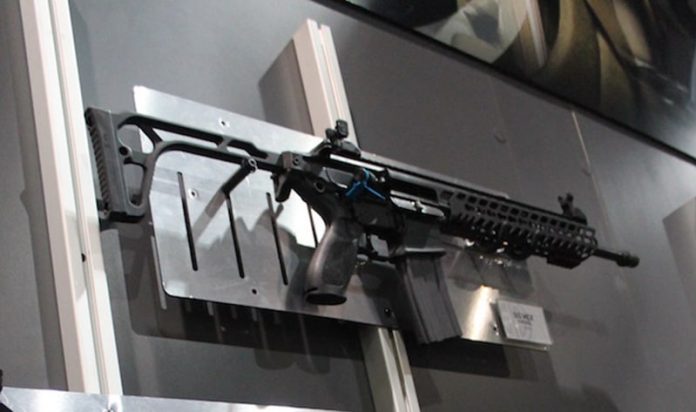 Sig Sauer’s MCX has been the talk of the rifle world since its showcasing ahead of last year’s SHOT Show. Sig officially began shipping the MCX line late last fall, but the buzz about this modular carbine has not stopped.

While at the Great American Outdoor Show in Harrisburg, Pennsylvania, Guns.com found the MCX line was quite the hit. Spectators lined up to see and put hands on this newest rifle from Sig.

The MCX is a gas-operated, short-stroke system, which in itself is unique. Sig doesn’t stop there. Engineered with modularity in mind, the MCX carbine is one of the most configurable rifles on the market.

With an upper that boasts the ability to pair with any mil-spec AR lower, the MCX seeks to give consumers options. While switching out lowers is always fun, the most notable of Sig’s configurations for the MCX comes down to barrel swapping. Utilizing a quick-change design, Sigs barrels are held in place by two bolts. Swapping is as easy as removing one barrel and rod and installing the new set.

With a weight just under 7 pounds and overall length of 35.5 inches, the MCX is looking to fill that modular void left by AAC’s Honey Badger. The MCX rifle retails for $1,866.