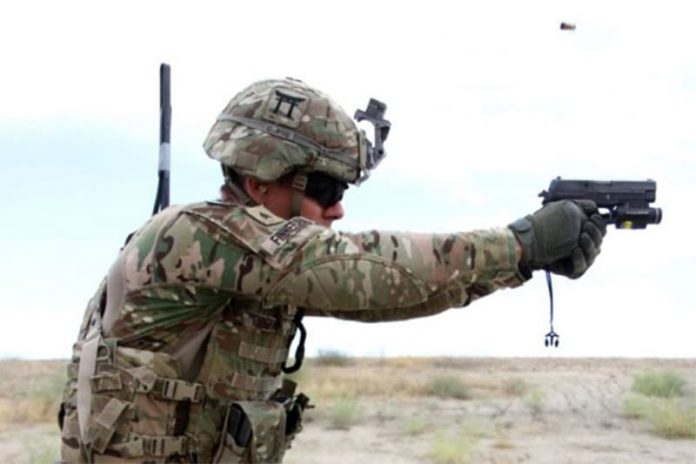 SIG Sauer has announced its Model P320 will be replacing the U.S. Army’s use of the M9 service pistol. The M9 has been used since the mid-1980s.

The P320 was chosen over a long list of modular handguns, including the Beretta APX, Glock 17 Gen4 and 22 Gen4, Smith & Wesson M&P, Springfield Armory XDM and Taurus PT24/7 OSS. SIG’s P320 was released in 2014. It is a polymer striker-fired pistol and is the first modular pistol with interchangeable grip modules that can also adjust in frame size and caliber.

The Modular Handgun System (MHS) Program in New Hampshire provides both full size and compact P320 pistols over a period of 10 years. All pistols will be configurable to receive silencers and include standard and extended capacity mags.

“I am tremendously proud of the Modular Handgun System Team,” Army Acquisition Executive Steffanie Easter said in a press release. “By maximizing full and open competition across our industry partners, we truly have optimized the private sector advancements in handguns, ammunition and magazines and the end result will ensure a decidedly superior weapon system for our warfighters.”

Ron Cohen, President and CEO of SIG Sauer, said, “We are both humbled and proud that the P320 was selected by the U.S. Army as its weapon of choice. Securing this contract is a testimony to SIG Sauer employees and their commitment to innovation, quality and manufacturing the most reliable firearms in the world.”