BB guns have changed quite a bit since the Red Ryder I owned when I was 8. My impression of BB guns was that they are cheap toys for kids. Fun for sure, but generally not useful beyond teaching sight alignment and gun safety. Times have changed, and BB guns have apparently gotten a lot better, and a lot cooler overall. The new SIG P365 Air Gun is an excellent example of this. I kind of just walked past the SIG air guns when I see them on shelves on gun stores, but sadly I never took a good long look.

The P365 Air gun is one of the newest SIG air guns, and it’s also pretty damn affordable. With a lot of us looking for train at-home options, an Air Gun might be the ticket. I carry a P365 as my EDC gun, and it seemed like the SIG P365 Air Gun might be an excellent tool for doing some backyard training. The gun is the exact same size as a standard P365 and is only about 4 ounces lighter than the real thing.

It matches the P365 in almost every way imaginable. The grip, the magazine capacity, the controls, and more are identical to the real deal SIG P365. There are a few differences; the air gun variant lacks night sights but has similar sights overall. The magazine release is not reversible, and you are forced to have a manual safety. Other than that, it’s 100% P365. The slide is even made of metal.

It’s a semi-automatic BB gun that utilizes 4.5mm bbs and is powered by cheap and available 12-gram CO2 cartridges. The disposable components are ultra-cheap and make this an affordable all-around design.

In terms of training, it does offer you an ultra-cheap means to practice drawing and to fire into a target. It does give you something a little more than just dry fire. This BB gun is a blowback design, and that means the slide moves like a real gun. This allows you to practice with some recoil and noise, as well as moving sights that have to be tracked.

It’s easy and quite enjoyable to do simple things like failure to stop drills, double taps, and more. It also allows you to build muscle memory and improve speed. The SIG P365 Air Gun is a fun tool that does give you a step above dry fire training for your stuck at home training regiment.

On top of that, it’s a fun, safe, and easy tool to train kids with. I started my shooting career with a bb gun, and it was nowhere near as cool as this one. My son loves it, and he blasted away a dozen magazines worth of BBs and CO2 while learning how to use the sights and building confidence.

The SIG P365 Air Gun is incredibly reliable. It seems to feed and shoot without any issues. I’m about a thousand BBs deep, and the gun runs flawlessly. It does seem to eat through CO2 quite fast. Three or four magazines in and the CO2 starts getting super weak. These CO2 cartridges are luckily very affordable and can be bought by the dozens if you so choose.

As the CO2 dies, the air gun might be firing two bbs at one time. It also obviously won’t shoot as far or as fast, so the point of impact changes. Just change the cartridge when it gets weak. I do love that the slide locks back to the rear when your empty, and I appreciate those little details. The magazine also holds 12 rounds, which is the most popular P365 magazine anyway.

Accuracy wise it’s still just a BB gun. At 15 yards, it’s still accurate enough for headshots. The BBs tend to group at about three to four inches wide at this range, and it groups somewhat unpredictably. It’s not a marksmen’s BB gun by any means, but solid enough for training purposes.

The trigger isn’t as good as the P365, and it requires you to fully release the trigger. I mean, you might as well hit the trigger guard because the trigger reset is long. It’s not a heavy trigger, though, and it decently mimics the feel of a P365 trigger.

The SIG P365 Air Gun is a fun little BB gun that can also serve as a competitive training tool. It’s more interesting than just dry fire and does allow you to practice shooting in the safety of your backyard. The little guy is reliable, easy to use, and mimics the P365 also flawlessly. It’s also reliable, well made, and fun to use. They seem to be available for around 70 bucks, and that’s an awesome investment into an excellent training tool. 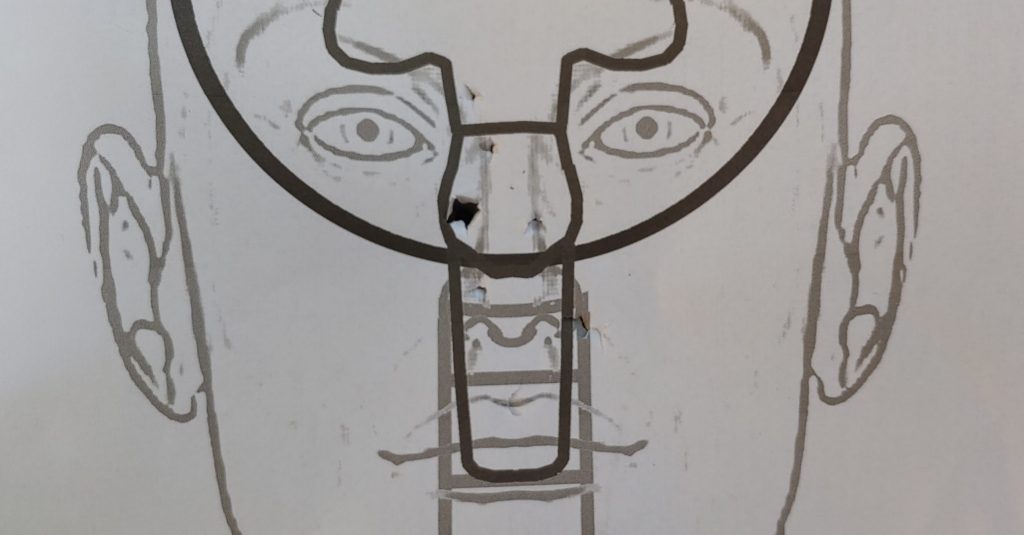 SIG also produces P320, 1911, P210, and P226 models in both BB and pellet gun models. On top of that, they are producing a Pro level Airsoft variant of the M17, which might be an interesting force on force tool. Check out their list of airguns here.