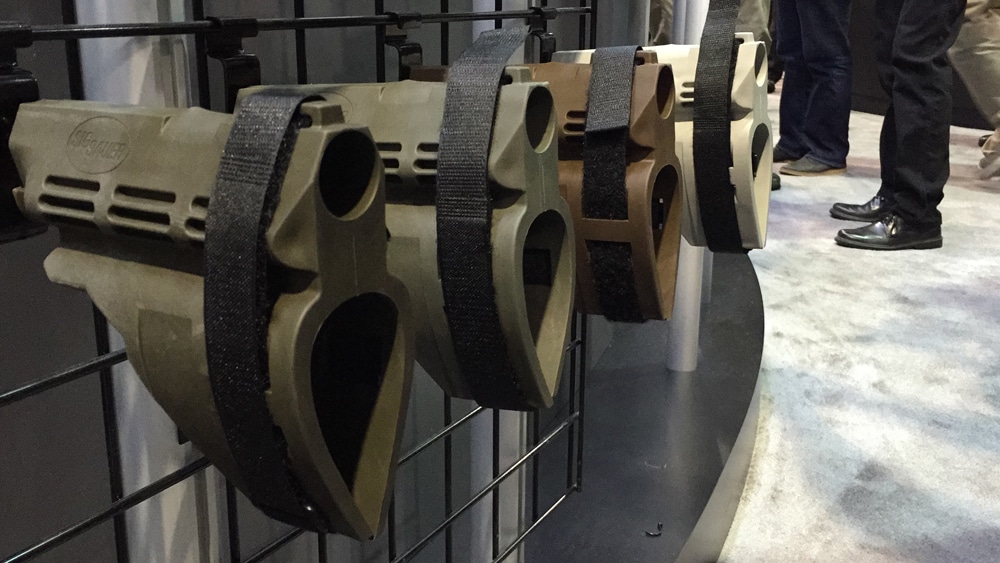 “Contrary to several statements subsequently made in social media, this opinion letter did not make or otherwise declare that the SB15 product is illegal,” the gun maker said in the statement.

“In all of its opinions, [ATF] has consistently stated that a pistol with a stabilizing brace attached remains a pistol under the Gun Control Act when used as designed,” Sig added.

The Bureau of Alcohol, Tobacco, Firearms and Explosives issued a follow up opinion Jan. 16, stating that shouldering a pistol equipped with a stabilizing brace “redesigns” the firearm, but using the brace as it’s designed (wrapping it around ones forearm) does not.

“We question ATF’s reversal in position that the classification of the brace may be altered by its use. We are reviewing the legal precedents and justification for this position, and will address our concerns with ATF in the near future,” the New Hampshire-based company said in a statement on Jan. 22.

Sig has challenged the ATF over other rulings of its products. The company filed suit against the agency in April 2014 for classifying a Sig muzzle device as a silencer instead of a muzzle brake.