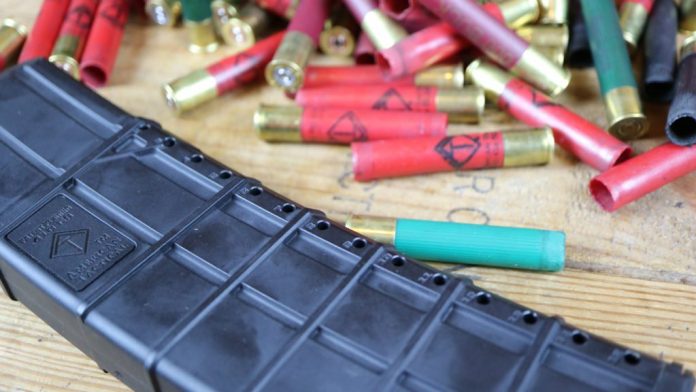 We’ve seen shotguns based on the AK system, and shotguns that look like ARs, but American Tactical has released something revolutionary.  The Omni .410 is a shotgun upper that mates to any standard AR lower.  This means your favorite furniture and trigger can now be used to sling slugs, birdshot, buckshot, or any of those wild defensive rounds developed after the Taurus Judge reinvigorated appreciation for the .410. 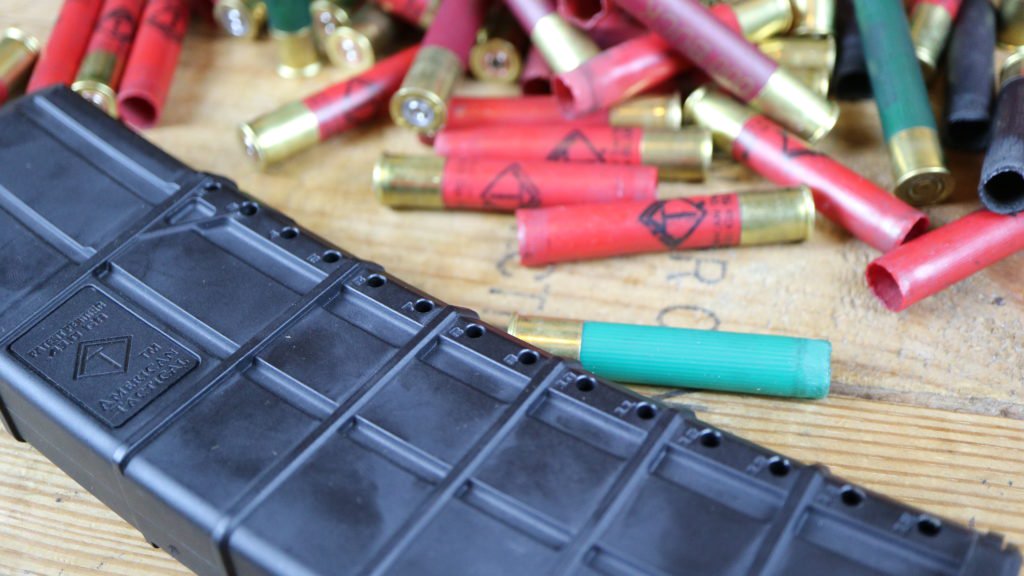 ATI 15-round magazine! Will it work with rimmed ammo?

ATI spent six years developing this gun and it shows.  It would have been easier to make an AR-looking gun.  Simpler to keep the gun tube-fed, and quicker to give it an adjustable gas setting like we’ve seen on other guns but they didn’t.  Just like the efforts and innovations to make a functional 21st-century polymer 1911, ATI waited to make sure this gun would work.  They assured me that it would work with their ammunition.  One would certainly hope so!  While I trusted that it would, I wanted to know how it would run with regular commercial ammunition.

I gathered up a variety from Hornady, Remington, Wichester, and Estate.  From high-velocity heavy loads to casual #9 birdshot.  The other thing that had me wondering was how reliable could a single-stack magazine of a rimmed cartridge be?  Lovers of the Mosin Nagant know the pains of rimmed cartridges and how they can prevent themselves from feeding if improperly loaded.  We see the same issue in higher-capacity .22lr magazines.

Gas-operated shotguns can be tricky.  If the ammunition doesn’t generate the right amount of pressure at the right rate the gun doesn’t always function as intended.  It’s for this reason that we intentionally took another gas gun out of it’s comfort range.  You may recall that when we tested another gun from ATI, the MP-40P, we violated the intended load by 50% mass in both directions.  Did ATI get it right?  See the video below and decide for yourself.

It is worth mentioning that ATI also developed the proper buffer and spring rate for this gun to run.  If swapping this upper onto another lower the spring and buffer will also need to be transferred.  We’ll have a closer-look tabletop review up soon.  For more information about this impressive addition to your AR-senal see their product website here, and specs below.