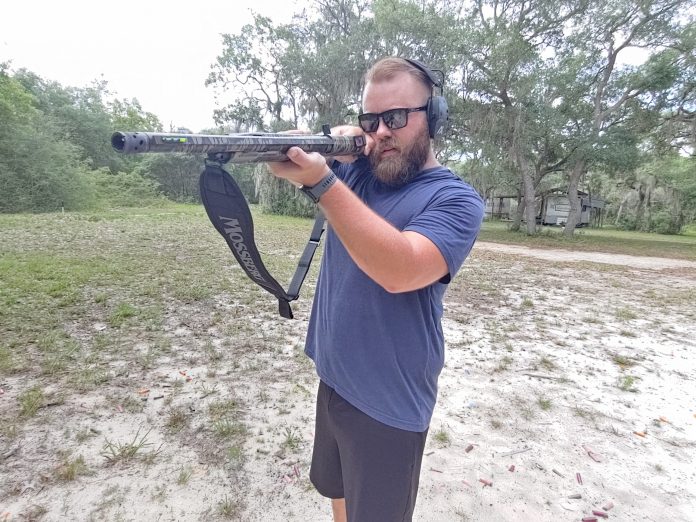 Shotguns are painfully long weapons. Especially when compared to the slate of braced pistols and carbines out there. The NFA makes it tough to get anything below 18 inches, and overall, shotguns tend to be long weapons. There are a fair bit of skills you need to train with for those of you who want a shotgun for home defense. One of those skills is something called short stocking.

Short stocking takes a long shotgun and makes it a little shorter. The technique is reserved for extreme close quarters scenarios where the situation doesn’t allow for a proper shouldering of the shotgun. You might navigate your home and come into short hallways and rooms where the shotgun is a long hassle.

I learned short stocking well before I was a shotgun nerd. I was a Marine whose assigned rifle was an M16A4. The M16A4 is a big long beast of a rifle…well, at least compared to modern carbines. The 20-inch barrel and long length of pull make the M16A4 a big gun. In urban warfare, we learned short stocking when clearing tight rooms like closets, elevators, and stairwells. 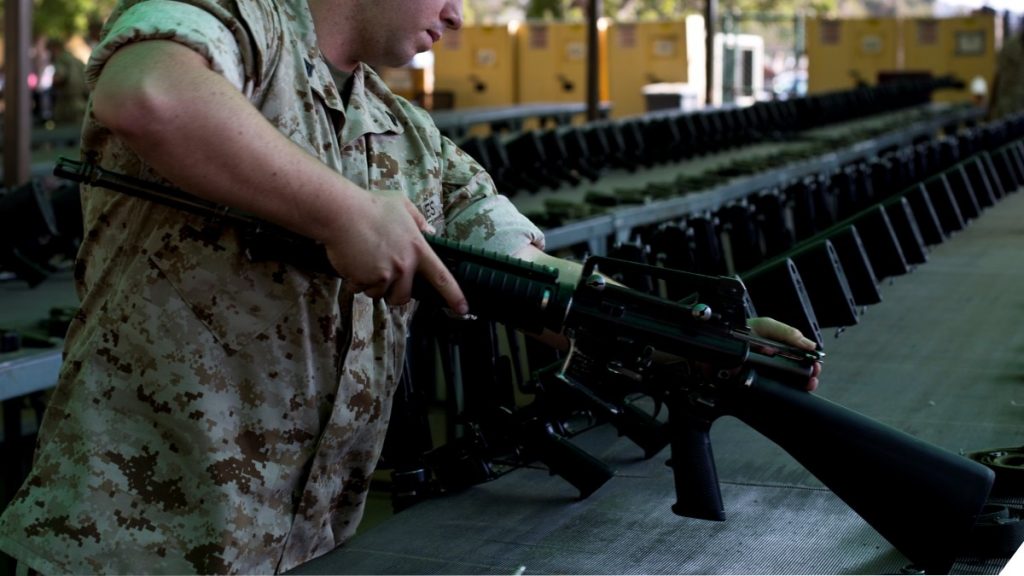 Short stocking is fairly easy with an M16A4 because it’s a light recoiling rifle. The shotgun is an entirely different beast. As I soon discovered, the difference between the two weapons makes short stocking the shotgun its own thing, requiring its technique.

If you’re a shotgun fan and a person who uses one for home defense, keep reading because it’s one of the most valuable shotgun skills. However, with that said, examine your shotgun. You might be able to trim inches by choosing something like the Magpul SGA stock, where you can adjust the length of pull and knock an inch or two ff the gun’s length.

Short stocking isn’t a complicated task. It does require some practice, though. Let’s walk through the steps needed to successfully short stock a shotgun.

First, we will push the stock up and over our should with the gun canted 90 degrees with your ejection port facing upward. Pull the stock back as far as you comfortably can, make sure you maintain a good grip, and you won’t get hit in the face by your optic or rear sight. Try to keep the top of the stock against your neck to have a constant index point. 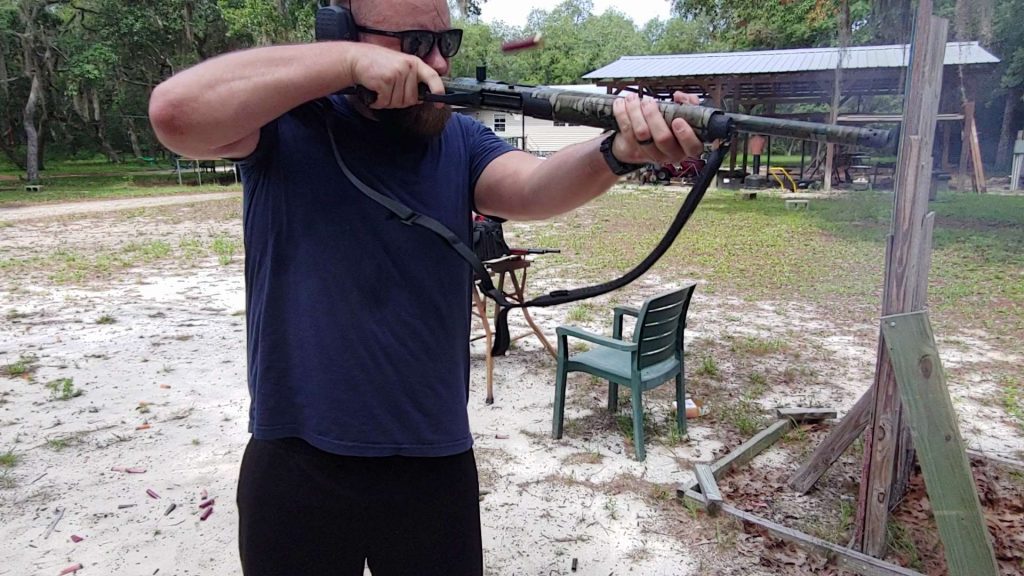 Pull rearward on the stock while at the same time pushing forward on the forend of the weapon. This recoil mitigation technique allows you to control the weapon with ease. It’s always handy but very necessary when short stocking.

Aiming is tough because you can’t use your sights. That makes aiming tough but think of short stocking like shooting from close retention. You’ll use it in close-range combat, and the close nature makes it easy to hit your shots with compromised aiming techniques. 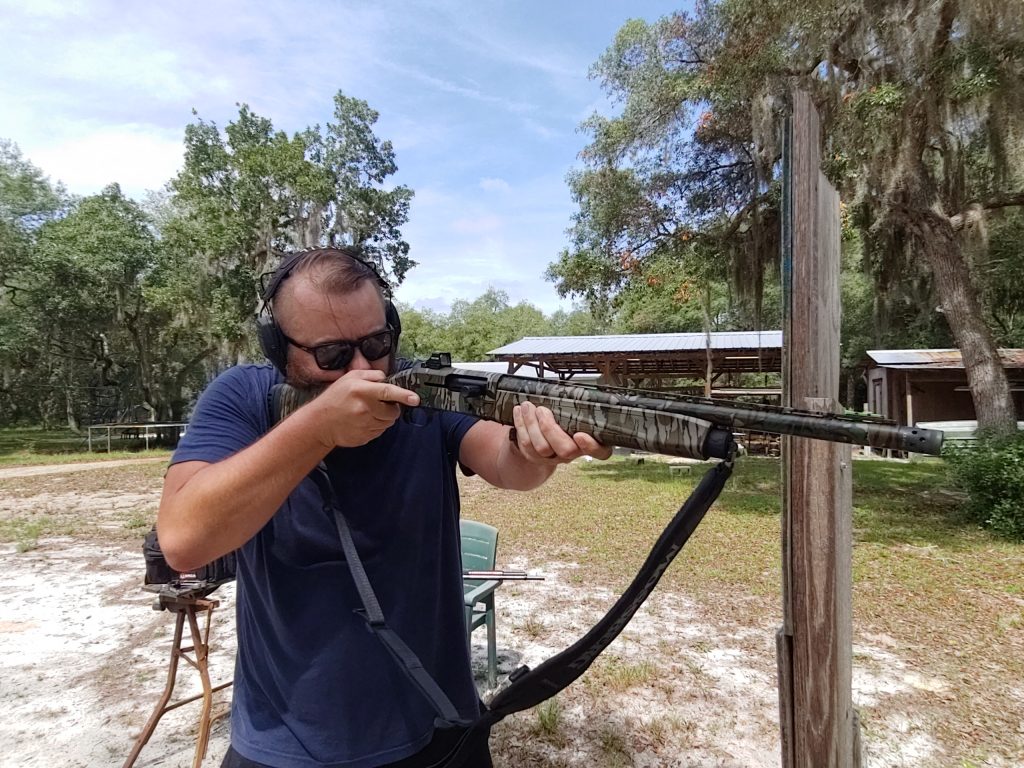 I kind of just use the tip of the barrel to aim. It’s not great, but I can consistently put shots in the A-zone at 7 yards. Beyond that, I’m transitioning to a stock position. When using the tip of the barrel, you’ll appear to be hitting high, so I suggest aiming at the belt buckle level to hit their chest. 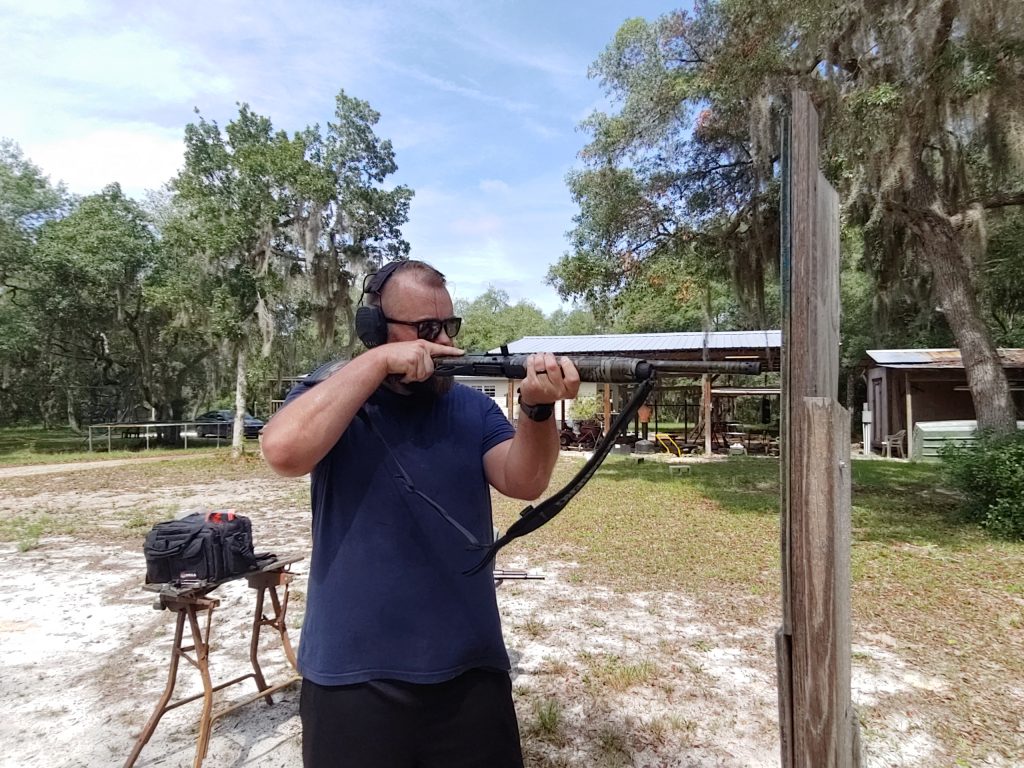 Due to the increased recoil of a shotgun and the unusual position you are shooting in, you need to make sure you’re indexing consistently against your neck between shots. This isn’t a technique you’re looking to use for long strings of fire, but landing two consistent shots on target in under 2 seconds should be your standard.

Many tactics and techniques can be practiced dry, but this isn’t necessarily one of them. I recommend walking through it dry a few times to learn how to arrange your body and what to expect, but you need that shotgun recoil to understand the technique. 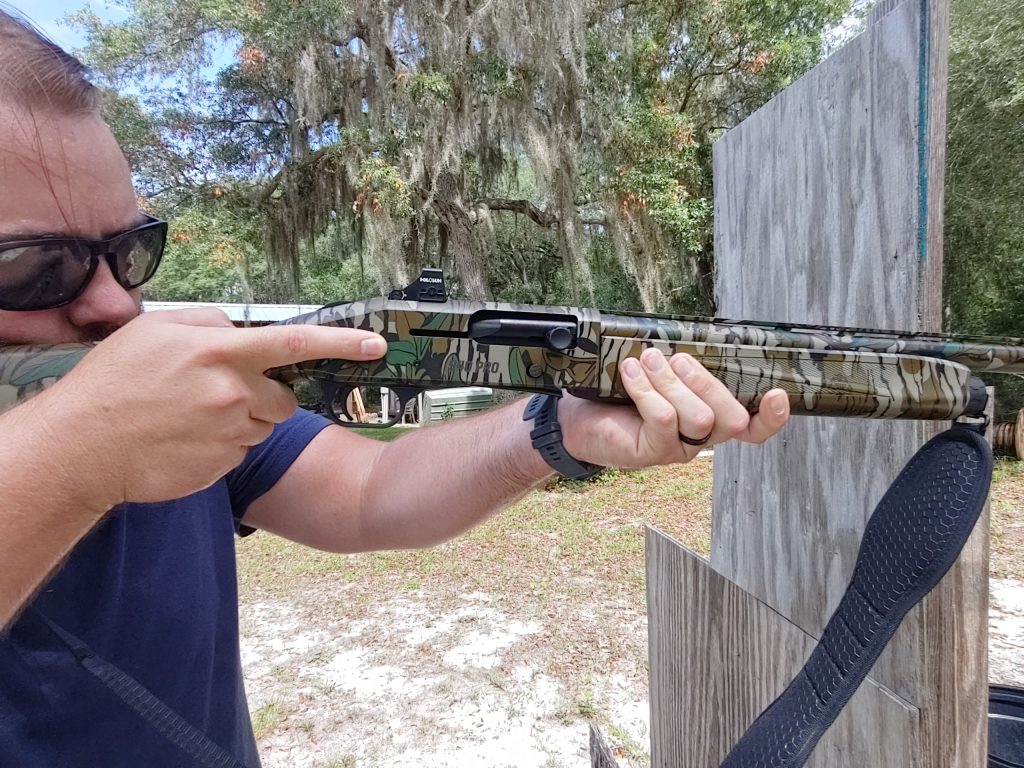 Start with birdshot first, get a good technique and try not to burn your thumb on the barrel. Gloves help for training purposes. Once you have the technique down, move to the buckshot you use for home defense. Practice hitting a target’s chest until you can do two shots in two seconds at 7 yards.

Also, practice transitions from a high or low ready to a short stocking position and then back again. Move between positions smoothly. I recommend setting something up in front of you or using a wall and doorway and practicing transitioning from a ready position to a short stocked position and getting smooth, quick, and consistent with it. 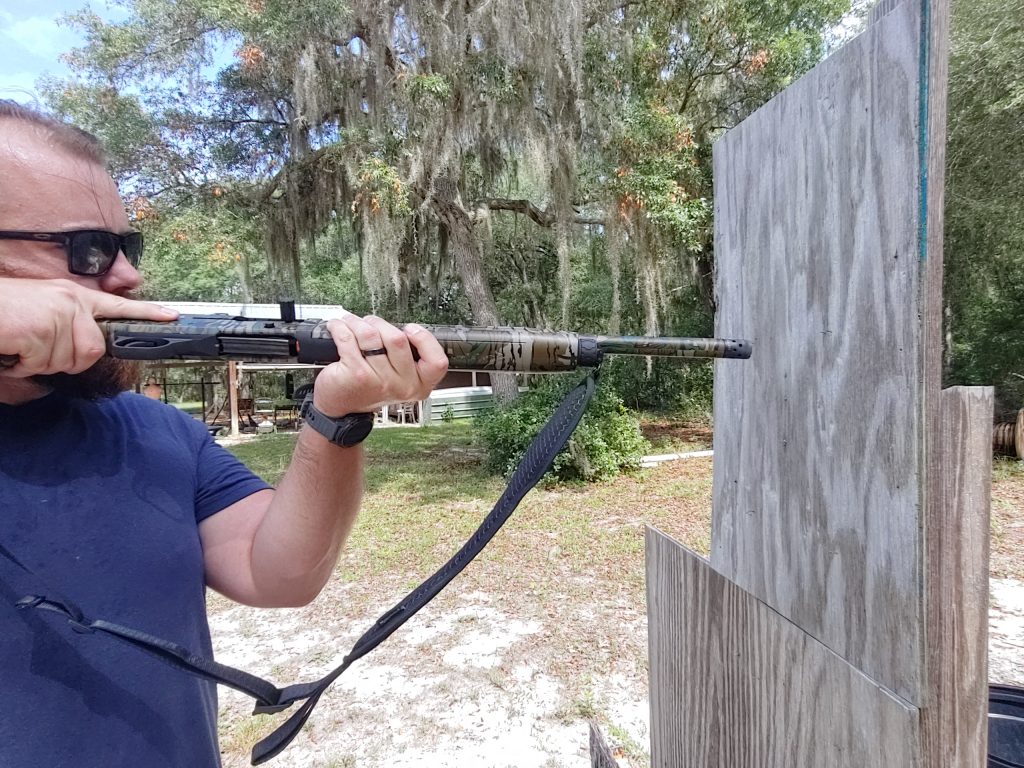 The shotgun is a close-quarters weapon, so it makes sense to understand close-range fighting techniques. Short stocking is one technique that’s easy to add to your toolbox and should be a regular part of your shotgun training.