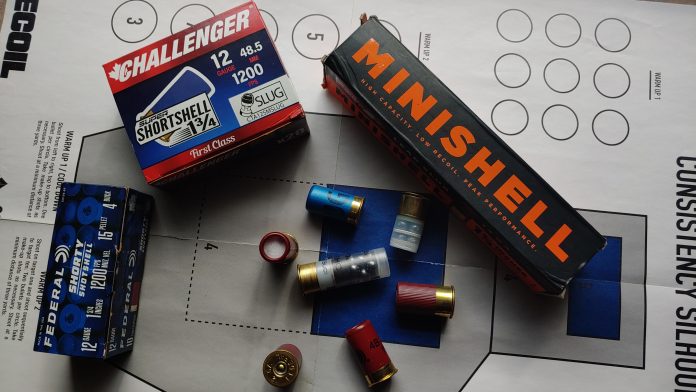 Shotguns are not fickle creatures. Ever since the earliest shotguns, people had long figured out that a smooth pipe can handle a variety of shot sizes and shapes. Modern shotguns utilize a variety of different-sized shells to hold all that shot. The typical shell size sits between 2.75 inches to 3.5 inches. With that being said, short shells have gained some ground and popularity as of late. In fact, it seems like every time I see someone review a shotgun, the question gets asked. 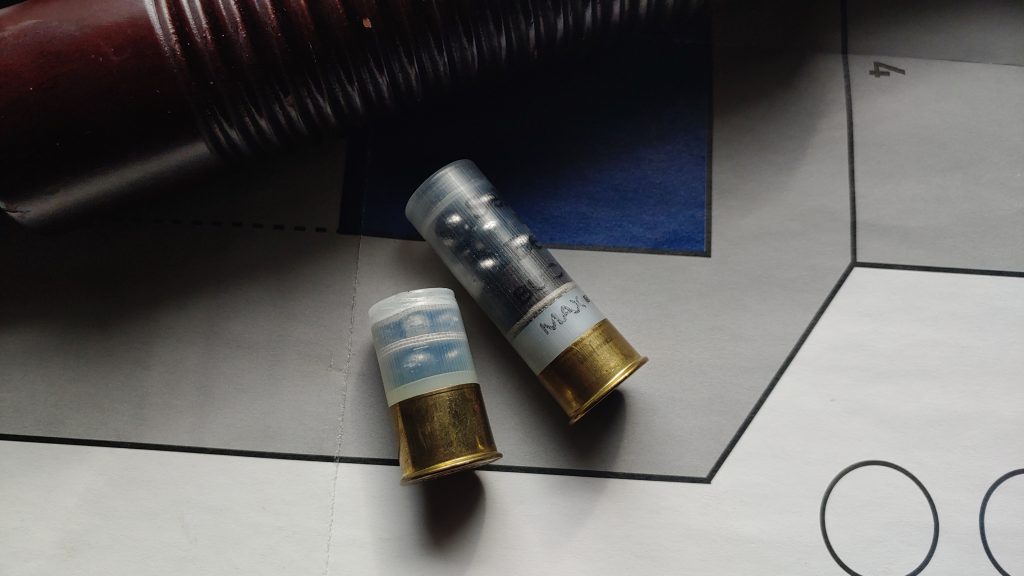 “DoEs iT wOrK wItH sHoRtSHeLlS?” It’s become the “Does it take Glock mags?” of the shotgun world. As much I hate hearing people asking that and lacking common sense, I still think short shells are lots of fun. With that in mind, I’m going to break short shells down, explain where they are useful and where they fail.

What Types of Short Shells Exist?

Federal, Champion, and Aguila all make short shells, as do numerous smaller companies loading their own exotic ammunition. Most of my experience comes down to the Federal and Aguila loads. Within those three loads, we have the usual suspects, including buckshot, slugs, and birdshot. 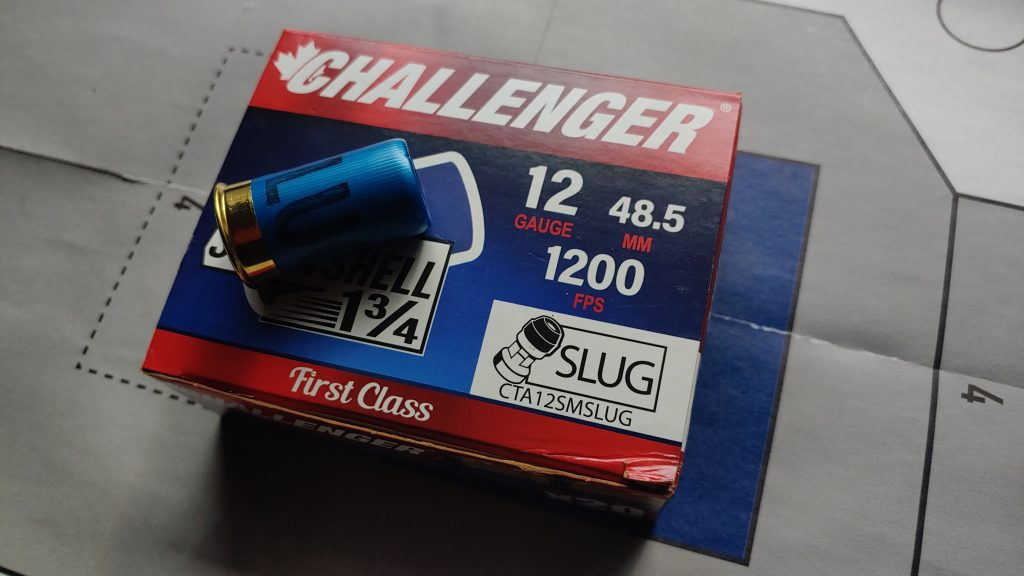 Through shooting, I’ve found the Federal buckshot to pattern much more consistently and the Aguila to be all over the place. Both spread very wide, very quickly over short ranges. The Federal slugs were also much more accurate than the Aguila slugs. Birdshot is birdshot, so I don’t have much to say about those loads. They both do what birdshot is supposed to do.

Useful is a relative term, and any kind of projectile can be useful. The first issue we have to address is reliability. These shells are too short to function reliably in most repeating shotguns. In Mossbergs, an adapter exists that’s called the Opsol 2.0, and it makes the short shells run perfectly in a Mossberg series pump-action firearm. 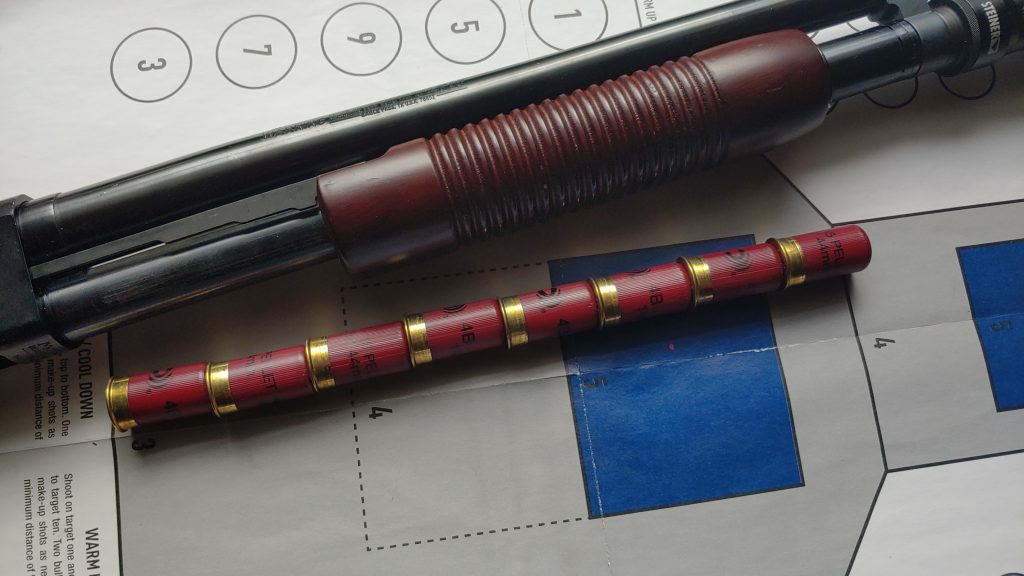 In semi-autos, they are a silly idea overall. The only semi-auto I know of that can handle these shells is the SRM 1228, and it can only fire mini shells. In single and double barrel guns, they shine. Obviously, they have zero reliability issues in shotguns that require the manual removal of ammunition.

Now that we know that they can suck in terms of reliability, let’s break down where they are and aren’t useful.

I see short shells touted a lot on social media as being useful for home defense because they expand capacity. There is a lot wrong with that. What a shotgun does best is deliver a massive load of lead with each trigger pull. If you reduce that payload per shot, you are dismissing the purpose of a firearm for home defense. 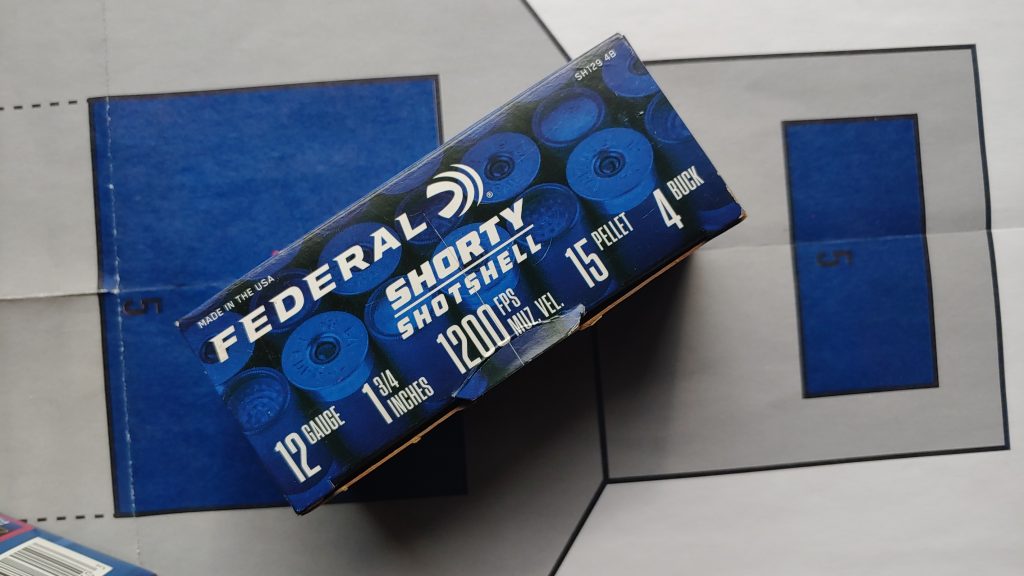 If you want a higher capacity, may I suggest a rifle? A good rifle can hold 30 to 100 rounds and will perform admirably. Additionally, standard No. 4 buckshot often fails to penetrate with 2.75-inch loads, and I wouldn’t trust it for home defense over 00. Don’t forget that the spread is massive, even at ten yards.

The slugs over performance well beyond that of a 44 Magnum, and if I had to use mini shells for home defense, it would be slugs. However, if I wanted to fire one projectile per trigger pull, I’d point you back to the rifle.

Birdshot is for birds.

For anything larger than a squirrel? Probably not. Maybe slugs for deer or coyotes, but there are better slugs out there for deer and coyote hunting. The buckshot spreads too fast and too wide to be super useful for hunting. 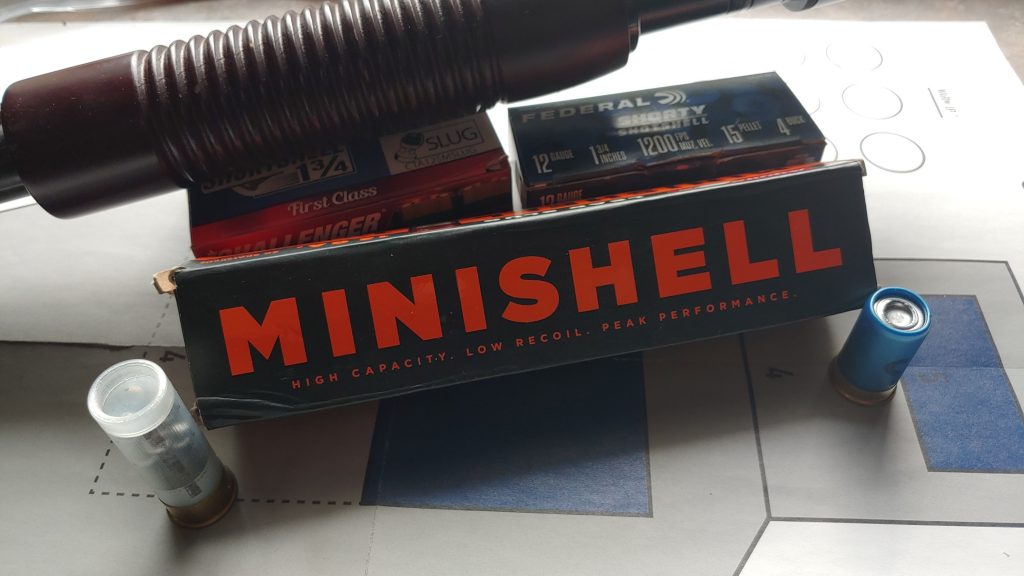 I do like the birdshot for hunting small game. You don’t need a full 12 gauge game load to kill squirrels, and the reduced recoil and lightweight nature of short shells make them well suited for ground-based small game.

Ooh, I do think the really small size and lightweight of these shells make them perfect for a single barrel survival shotgun design. You can pack a lot of shells in very little room with very little weight penalty. In a survival scenario, I would use these slugs to take a deer, the buckshot for larger pest control, and the birdshot for small game, snakes, and the like. A small folding single barrel shotgun is perfect for a boat or brush plane gun. 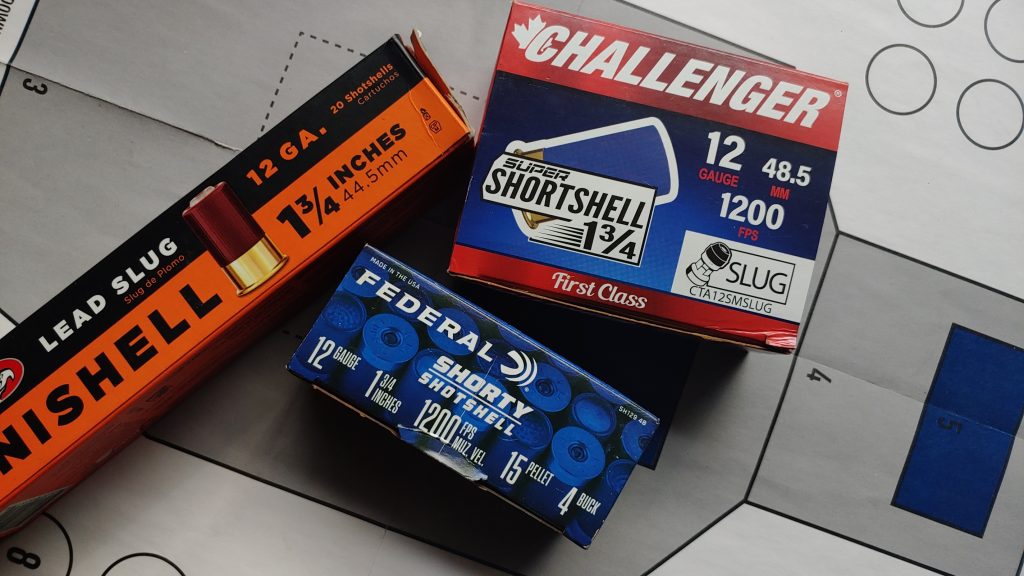 Here is where short shells shine. The low recoil nature makes them perfect for training new shooters with shotguns if smaller calibers aren’t available. Sadly, if it’s a repeating shotgun, you better stick to Mossbergs with an adapter.

Do you know what’s fun to shoot? A Mossberg Shockwave. Even more fun than that is those silly PGO AOWs. They are fun to shoot, but even more, fun when no pain’s involved and recoil isn’t an issue. Loading up one of those small 12 gauges with mini shells makes them an absolute blast. Short shells rock in these guns and make them a fair bit more fun to shoot. 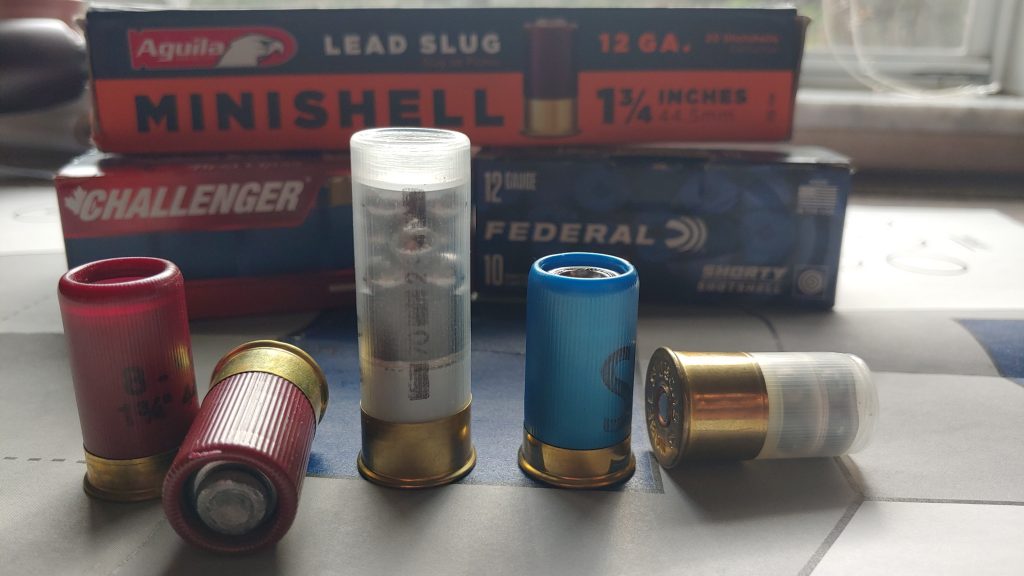 Short Shells are fun and show the versatility of shotguns in general. These little shells are fun but are largely a novelty. They aren’t superbly useful but have a place. Ultimately they are a fun option for plinking, and it’s fun to fit like 12 of them into a 590A1 and rapid-fire them with barely any recoil. It’s like a 22LR but with a 12 gauge. I would never suggest them for home defense or sport hunting, but for fun? Heck yea.