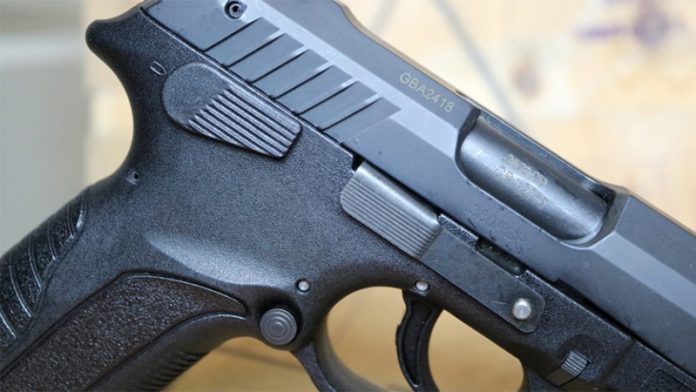 Double Action Has Lost Ground To The Plastic Striker Guns

For the past 30 years, the traditional single-action and double-action autos have been losing ground at a rate of knots to polymer striker-fired guns. It’s not without good reason; poly striker guns are (in many cases) a bit cheaper to buy, they’re easier to learn to operate, easy to maintain. Many plastic pistols are also incredibly reliable and accurate, so there aren’t too many downsides.

Plenty of aftermarket support for them, too. All sorts of goodies like night sights, grips, concealed carry holsters and so on.

It’s kind of like how no one gets a manual transmission anymore. Automatic transmissions are too easy to use and any advantage to having a manual – such as gas mileage, can shift at a more advantageous time, etc. – has eroded. With the advent of paddle-shifted transmissions…the last vestiges of any benefit to a manual are virtually gone.

However, the benefits of shooting double action, whether it’s a double/single action semi-auto like the old-school Wonder Nines, or just a good old-fashioned double-action revolver, are slowly being lost as successive generations of shooters are never learning a double-action trigger.

It’s a shame, too. There is no better method of learning trigger control.

The reason double action pistols are good to not only learn on but also shoot regularly is that it imparts better trigger control once a person has learned how to properly pull one. This is down to the longer travel and harder pull required for the trigger to break.

The tendency in modern handguns, at least for a good number of people out there, is to get as close to a competition trigger as possible. Light, crisp short breaks requiring 4 or fewer pounds of pressure to break. A good deal of the plastic poly striker guns (and single-action pistols) have somewhere between a 4-pound to 6.5-pound trigger and a short trigger distance, usually about a half an inch of travel or less.

The typical double-action trigger pull has a longer distance of travel – some pistols approach ¾” – and a trigger pull of 10 to 15 pounds.

How is this good for learning trigger control? Simple! Good trigger operation requires a steady, smooth press with follow-through. If you can learn to shoot that way with a long, stiff DA trigger…a single-action or striker trigger will be easy.

It’s kind of like lifting weights. A 100-pound object may be difficult for a person to lift. However, regular weight training will make it easier. As a result, learning to shoot or regular practice with a double action trigger will make controlling a lighter trigger so much easier as the basic motion involved in pulling the trigger shouldn’t change, but the resistance will be far less.

The effect of greater trigger control, of course, is more accurate shooting. A lot of people jerk to the left, either with a pistol, rifle or shotgun. Toughening up that trigger finger can help a great deal.

The good news, of course, is that there are plenty of DA guns on the used market for cheap. A .22 LR revolver would be a great start, if not a budget .38 Special. A snubbie is also a good grab-and-go CCW; in fact they were the default concealed carry gun for a very long time.

Samis Contributing Editor for AlienGearHolsters.com, a concealed carry holsters company, where he writes about concealed carry, gun safety, and more.