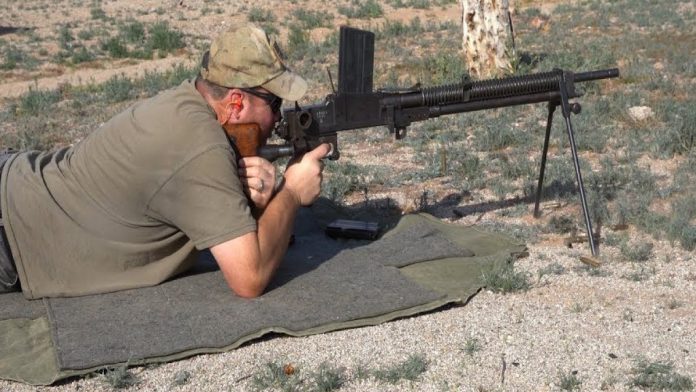 Similar to the vaunted Czech ZB vz. 26 but with a different stock and pistol grip, the Empire of Japan used the Type 97 to arm early tanks and armored cars, which is how it got its name. AZ Guns shows off the open-bolt gas-operated, tilting breechblock medium machine gun in the above video.

Not to be confused with the Type 97 Aircraft Machine Gun, which was a copy of the Vickers Class E light machine gun that armed the famous Japanese Zero and other aircraft, the Type 97 Tank Machine Gun came about after the Emperor’s troops captured some Vz.26s from the Chinese in the 1930s. In turn, many Type 97s in the U.S. today came back as war trophies with returning GIs who island hopped all the way to Tokyo.

If you want more information, Czech out (see what we did there?) the below from Battlefield Vegas, who has a Type 97 complete with its original optic and ball turret from a Type 95 Japanese tank.