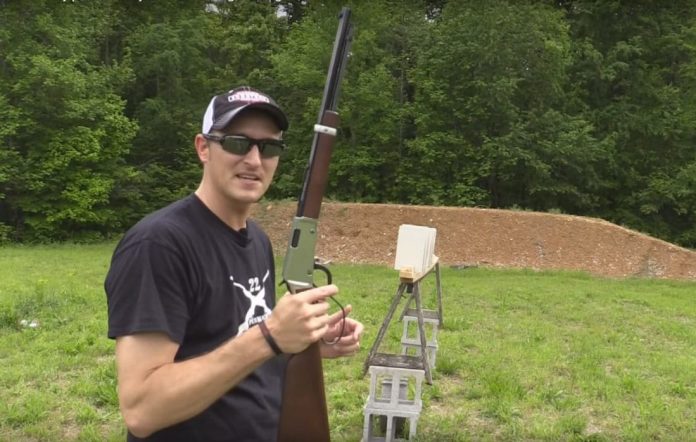 Rimfire-meister 22Plinkster set up a simulation of six interior sheetrock walls, then broke out a Henry Lever Action rifle and a S&W M&P 22 Compact to see how many layers each would go through.

Plink used the good stuff– that’s right, CCI Velocitors and Stingers (or “Stangers” as he says)– and let ‘er rip on 12 sheets of 1/2-inch drywall set apart with blocks of 2×4″ lumber. Even though he didn’t use any insulation it likely wouldn’t matter much as those zippy little .22LRs just kept on going.

Which is food for thought if you had ideas about just what a .22 would (or would not) shoot through.