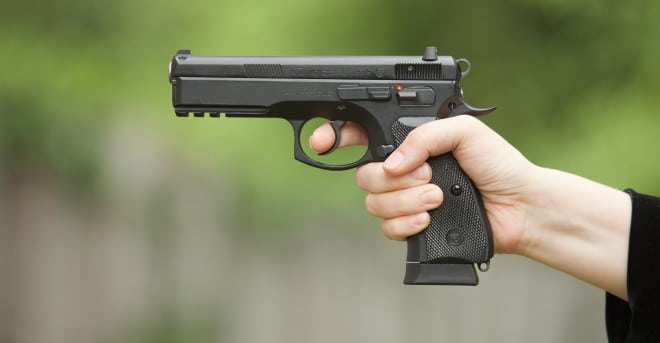 According to a local news story, a 911 operator recently offered – repeatedly – what may just be the worst advice ever given to a victim of a home invasion.

When NJ Logan of Holmes Beach, Florida heard suspicious noises downstairs in her home, she grabbed her gun, a compact revolver, and went to work. She headed downstairs, hollering warnings to the baddies as she went. Apparently they heeded her warnings, because she never laid eyes on them – only the damage they’d wrought.

Broken glass and a cut screen on a door showed how they’d gotten in. She couldn’t be sure they were gone and not just hiding, and she dialed 911 to summon police.

Fortunately, Logan was smart enough to ignore the operator’s bad advice. Just imagine what may have happened if she had set down her gun and a lurking bad guy had come at her! Yow.

Similar burglaries had occurred in her neighborhood, and nobody was caught in this one… but hopefully the bad guys have been scared straight by this gun-toting grandma.