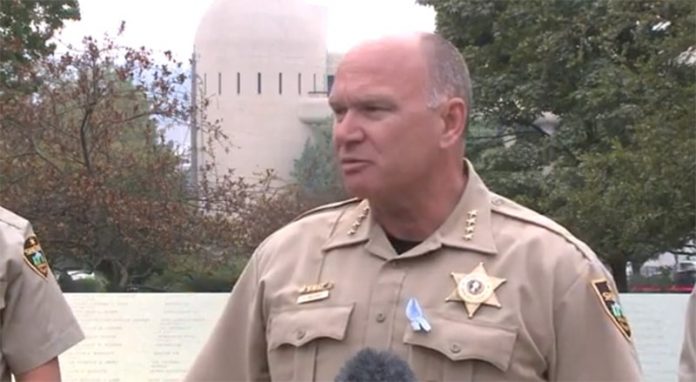 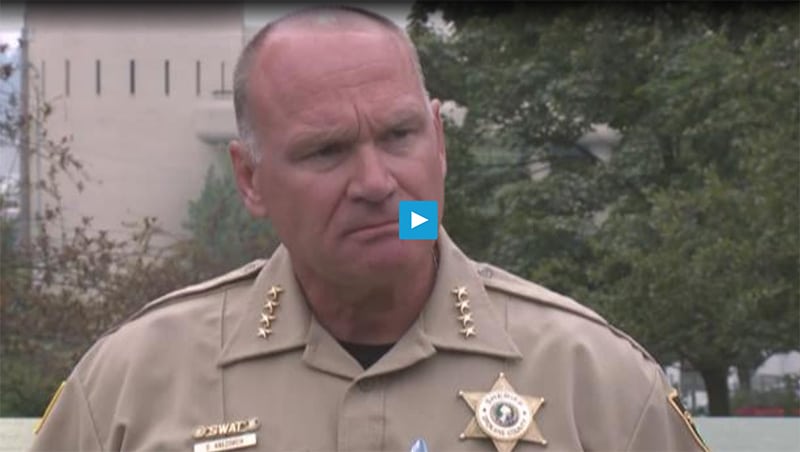 Spokane County Sheriff Ozzie Knezovich spoke out last week about the fatal shooting at Freeman High School in rural Washington state, saying that he believed the media and society in general were partially to blame for the attack rather than the guns used by the shooter.

“I carried a gun all my life,” Knezovich said at a Thursday press conference. “I hunted. I shot. My friends and I — it’s hunting season back home. When I was in high school, every one of those rigs in the high school parking lot had a gun in the gun rack. Why? We went hunting on the way home.”

“Now, I’ll give you odds that it was you as a society, because you started glorifying cultures of violence. You’ve glorified the gang culture, you’ve glorified games that actually give you points for raping and killing people. Gun didn’t change. We changed.”

Knezovich didn’t stop there and said the media was also partially responsible for creating a culture that turns school shootings into big headlines, including the attack last week in which a 15-year-suspect suspect fatally shot one person and injured three others.

“This young gentleman got sucked into a counter-culture of violence, a culture that is enamored with school shooting,” he said. “And media, you are to blame for that, cause you keep giving these people headlines.”

“In using their names, you have made them heroes to some people. If I had my way, none of these peoples’ names would ever be remembered,” he added. “Until we start treating these people for what they are, killers, not heroes, they’re going to continue this violence.”

The sheriff also honored a teenage student, Sam Strahan, who died trying to stop the suspect during the attack, and spoke of the janitor who confronted the suspect and ultimately stopped him.

Knezovich added that he thought Congress and other elected officials should do more to help the mentally ill in the country by providing more funding to the mental health system.

The 15-year-old suspect has been charged with one count of first-degree murder and three counts of attempted murder and is currently being held without bond at the Spokane County Juvenile Detention Center, according to an SCSO statement.