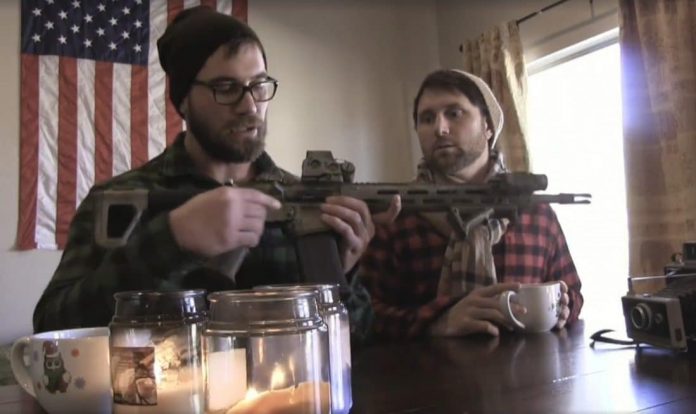 Fox News host Gregory Walter “Gregg” Jarrett stepped in it in a bad way when he mischaracterized how a bullet button works. And we have some video rebuttals for your viewing pleasure.

Jarrett doubled down on describing how the rifles used by the two suspected terrorists in the San Bernardino attacks were modified with a California-required bullet button device– which actually slows down a reload– by not only getting it wrong but by saying they actually convert a firearm to fully-automatic.

The host, who has been with Fox since 2002 after ten years with Court TV and MSNBC, is a former defense attorney in San Francisco and still lectures on the law in the state.

While he was still active with the California State Bar as late as this February, he missed the bar completely on how a bullet button works and was soon called out on it.

Rob Adams with Sacramento Black Rifle went King Kong Dynamite (with NSFW language if you have sensitive ears) by going in-depth to debunk the commentary that a bullet button somehow makes a semi-auto in to a death machine.

Finally, Matt Best and Black Rifle Coffee weighed in on the bullet button controversy by first proposing a safe alternative in the “assault pillow” then hardened up after a shot of BRC (shameless product plug!) and came to their senses.

Also NSFW due to language.