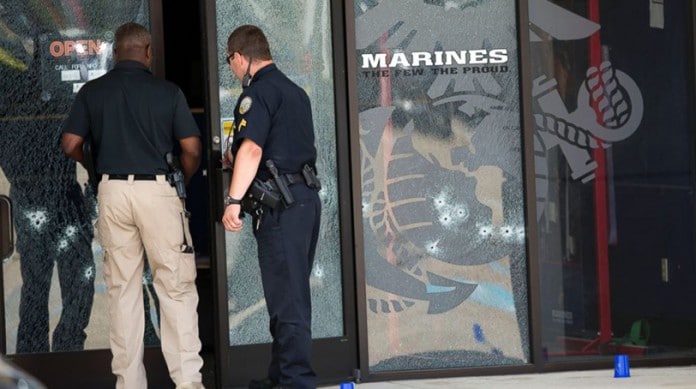 In the wake of the fatal shooting of five Marines and sailors at a recruiting station in Chattanooga, Tenn. last week, Sen. Steve Daines, R-Mont., and Rep. Duncan Hunter, R-Calif., introduced the Securing Military Personnel Response Firearm Initiative Act, or the SEMPER FI Act, on Tuesday, The Hill reported.

“We need to make it tough for anyone who might think of busting into a recruiting office with the intent to harm,” said Hunter, a former Marine who served in Iraq and Afghanistan. “Any person or group of people who make that mistake should know that there are a few Marines, soldiers or other service members on the other side of that door who’ve heard the sound of gunfire, who’ve had all the right firearms experience and training, and who aren’t defenseless.”

After the shooting, several governors issued executive orders allowing select members of their national guard to carry weapons at recruiting centers in spite of federal laws prohibiting the practice.

As a result, the Army and Marine Corps issued statements saying military recruiters should treat armed citizens as security risks.

“I’m sure the citizens mean well, but we cannot assume this in every case and we do not want to advocate this behavior,” the letter issued Monday by the Army Security Operations Division read.