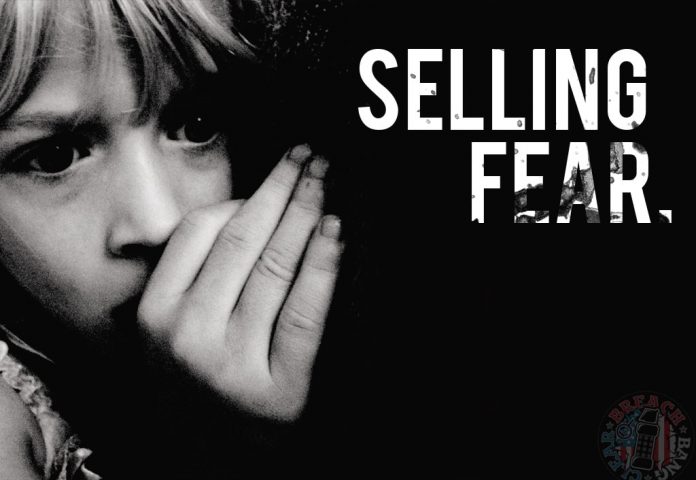 You’ve noticed this, especially in the Post-9/11 World. A lot of people like to blame the 24-hour news networks for cultivating fears, but the fact is, news organizations have been doing this since their inception. They learned quickly that readership increased with news about disasters, and this lesson was reinforced later on radio and television.

Sensational headlines. Exaggerated stories. Opinions from pseudo-scientific “experts” (is this starting to sound familiar?). It got so bad in the late 19th and early 20th century that the term “yellow journalism” was made for it. Even the Spanish-American War was blamed, in part, on yellow journalism. 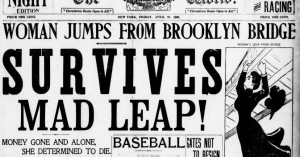 There’s a psychological reason we embrace yellow journalism. We’re more engrossed by news of Bad Things in order to learn how to avoid them. It’s a built-in survival mechanism media outlets unfortunately utilize too often not to help us, but to line their own pockets. The bigger the population, the more Bad Things happen (and there’s always some shit going down in some part of the world–that you can be sure of). Negativity bias is strong.

It’s gotten both better and worse with the internet. On one hand, so-called “new media” has undercut a lot of the big dogs in the industry and brought faster news to the every-man. But on the other, the evolution of the pay-per-click advertising format has led to more and more ridiculous stories, most of which your crazy Aunt Eunice shares on Facebook. We call it Clickbait, but it’s really just the window-licking little brother of yellow journalism. 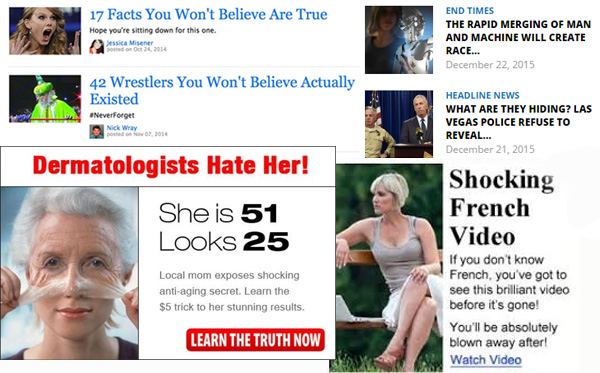 But it’s not just the news.

Politicians sell fear all the time. Just recently Hillary Clinton claimed ISIS was using images of Donald Trump in their recruiting videos. So far this doesn’t appear to be the case, but the message Clinton attempted to sell is clear: Elect Trump and ISIS will kill us all. Elect Clinton and she’ll save us. Even if it turns out to be true (I’m imagining a half dozen Clinton staffers fabricating an ISIS video as we speak) it doesn’t really change the fact she’s peddling fear. And she’s far from the only one.

The reason why politicians and newspapers and shitty blogs do this is because they’re rewarded for it. If they weren’t, it wouldn’t be so damn pervasive in so many facets of our lives. Fear isn’t always a negative emotion by any means. It’s your body’s way of telling you to Watch The Fuck Out. You might only be alive today because one of your ancestor’s got spooked by a noise, ran like hell, and didn’t get eaten by a frickin’ tiger. A healthy dose of rational fear keeps you on your toes. But the unscrupulous hijack it for their own benefit.

And if you’ve visited a gun shop in the last eight years, especially a small one that may not be doing so hot, you’ve definitely heard it used. To sell things, why else?

“There’s no .22 ammo because the government bought it all!”

“UN troops are prepping to come door to door!”

In the lead up to the Obama election gun sales ran through the roof. People ran to their closets to pull out the most ratty and shitty ARs they could find and others opened their pocketbooks to pay exorbitant prices. It’s not called “Panic Buying” without reason. It’s one thing to raise prices in a more aggressive market, and quite another to pour gasoline on the fire to play into people’s fears. As with all such market evolutions, you end up with total shysters schlocking shit (though invariably they will claim benevolent intentions).

To see where this rabbit hole leads, I give you: The Underground Assault Rifle. I hate to even link to this, but you almost have to see it for yourself.

A more than 6,000 word pitch pushes no less than five huge ‘buy it now’ buttons, which get buyers a handful of videos you can easily find free on Youtube and a couple of sensationalist e-books. All for the low, low price of $27 (but wait! It was discounted down from more than $200!!) 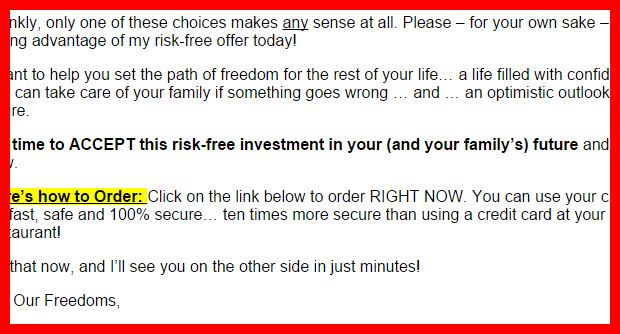 I hope this guy dies slowly in a fire.
…
None of this is to say that the world is hunky dory. It isn’t. I’m not trying to sell you a rainbow, just a healthy dose of skepticism.

Bad shit does happen and it absolutely can happen to you. Gun laws can get more restrictive. Hell, we’re currently awaiting long-promised “executive action” on “gun control” over the holiday. Places can become more violent, and terrorists will attack us. But. Even though all of this is true, that doesn’t mean you have to spend your intellectual or actual coin in establishments that cater specifically to your fears. Buying solely into fear without even performing a modicum of research is for suckers. Even when there is something to legitimately be afraid of, make a plan instead of giving time and money to hucksters, of any variety.