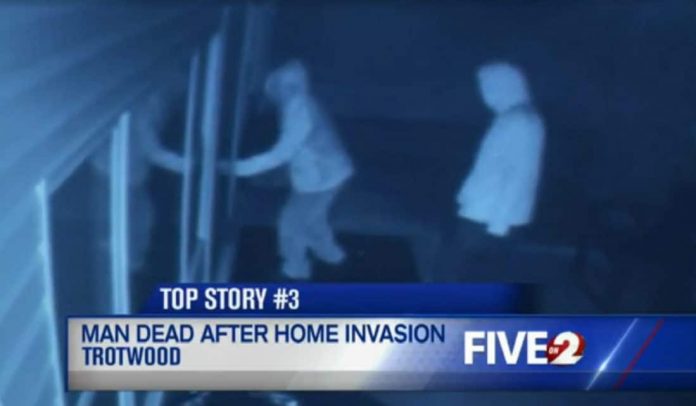 A home security system captured the moments three suspects kicked in the door of a Trotwood, Ohio, home last week and held the female homeowner at gunpoint.

Related: After being held at gunpoint, mom of 4 unloads on trio of trespassers, killing 1

The trio led the woman to a bedroom where two children were sleeping and attempted to steal a safe, but the robbery failed after the mother grabbed a gun and opened fire on the intruders, immediately sending them fleeing from the home.

Police later found the body of one of the suspects in a neighbor’s yard, with the TEC-9 he used in the home invasion lying beside him. The remaining suspects are still at large.