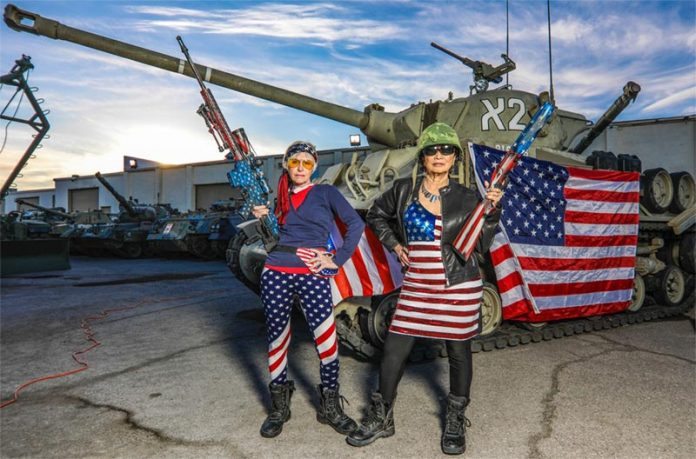 In 2017, Julie Hereford and Mary Rooney started a group called NevadansCan. It’s a non-profit grassroots “citizen action network” that has been on the front lines fighting for conservative rights in the legislative process in Nevada.

The most pressing issue currently on their plate is AB291. It forfeits the rights of Nevada gun owners to due process, the presumption of innocence, trial by jury, and allows for unreasonable search and seizure of their property with no probable cause under the guise of a “red flag” law.

The measure, backed by national anti-gun groups, was scheduled to go into effect on January 1, 2020, but NevadansCan successfully filed for an injunction. “Our injunction bought us some time,” said Rooney. “It’s currently in the Nevada court system. The basis of the lawsuit is that AB291 is unconstitutional. It violates essential rights guaranteed under the U.S. and Nevada Constitutions,” she said.

After filing the injunction, Hereford and Rooney met Las Vegas gun shop owner Greg Wohler. He’s appeared numerous times on Guns.com and is a vocal gun rights advocate. Like many Nevadans, Wohler was unaware of the injunction. He thought AB291 was a done deal. When he learned there was still a chance to beat it, he immediately got involved.

In January 2020, he sponsored a rally to raise awareness and money for NevadansCan. The event was a success. “Hundreds of people showed up and we got in contact with lots of businesses and people who wanted to help,” Wohler said.

The injunction is gaining momentum. One rural county sheriff has joined and three more are in the process of doing so.  The ladies are grateful for all of the support they’ve received but need more.

Wohler is now sponsoring another event for March 22, 2020. This time, he enlisted the help of social media guru Tracy Lee. She’s taking the event to a whole new level. She organized a photo shoot for the ladies at Battlefield Vegas with Wohler providing patriotic props and attire. The resulting images are fantastic. They inspired a new nickname for the ladies: The Second Amendment Gun Grannies.

The March 22 event is gathering a ton of momentum. Eric Blandford of Iraqveteran8888 has agreed to attend as a special guest. If you live in or near Las Vegas, check it out. If you can’t make it and want to donate, you can do so here.

“We’ll take this fight all the way to the Supreme Court if necessary,” said Rooney.