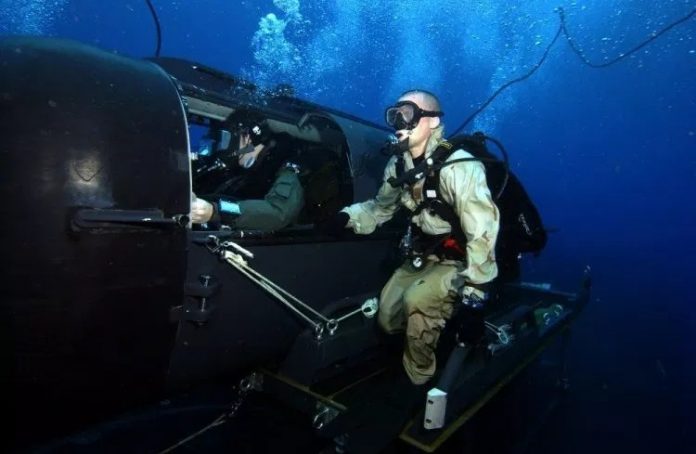 As the Pentagon shifts its gaze from low-intensity conflicts to nation-level adversaries, the Special Operations Command (SOCOM) is following suit, and the Navy SEAL teams are eager to prove their strategic utility in the rediscovered domain.

The DCS will enable frogmen to stay warmer throughout their insertion to the target, which would translate into less fatigued SEALs and thus more combat-effectiveness. But the SWCS will enable SEALs to navigate littoral waters easier. Consequently, the choice of which platform to employ in an operation would depend on the environment and the objectives.

SDVs are used to clandestinely transport frogmen on their target. They have the ability to stealthily remain underwater for many hours and can evade most underwater detection systems.

The SWCS is about 23 feet long, while the DCS is about 40 feet long and four times heavier, but it also sports a longer effective range than the shallow water version.

Lockheed Martin and Submergence Group, a British company, have been manufacturing the DCS. By next year, SOCOM anticipates having five SWCSs and three DCSs operational.

This development comes in a pertinent moment. Recently, the NSWC decided to reactivate SEAL Delivery Vehicle Team (SDVT-2) after an absence of 11 years. SDVT-2 will serve as the dedicated East Coast SDV unit.

An SDV Task Unit is an operational outfit responsible for planning, coordinating, and operating submersible systems. SDV Task Units are usually comprised of a combination of SDV/SEAL platoons. SEALs serving on SDV teams have completed the same training as their “regular” SEAL team colleagues but also have received additional specialized training on the operation of SDVs.

The reactivation of SDVT-2 delineates the strategic shift that is currently underway in the SOCOM. During the 2019 Special Operations Forces Industry Conference that took place in May, the new SOCOM commander, Gen. Richard Clarke, said America’s SOF units must reorient their focus to nation-level adversaries. China and Russia are – and will be in the near future — the main threats. SEAL teams, and their SDVs, would be of great strategic value in the South China Sea, where China is swamping the place with artificial islands.