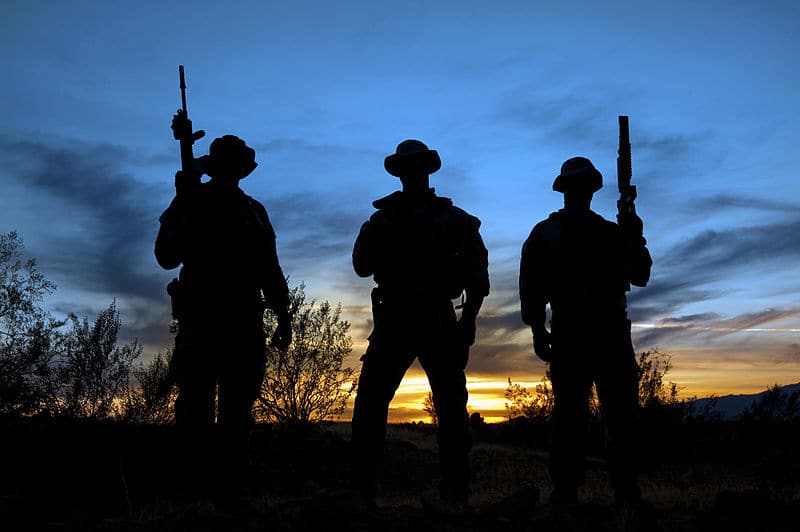 This Sunday, a small piece of history will be put on display at the 9/11 Memorial Museum: the shirt of the Navy SEAL who shot and killed Osama bin Laden.

A small token, the shirt is being curated to show people that there was more than one monumental day in the history of 9/11.

“This shirt is a symbol of the bravery of the US Navy SEAL Team Six, who risked their lives,” said Rep. Carolyn Maloney, who helped acquire the shirt for the museum. “It’s important that they tell the entire story, not just the story of the 9/11 attacks,” she said.

The identity of the SEAL who killed bin Laden in the 2011 raid has not been revealed for his safety and the shirt won’t give up any information about the man who helped carry out the assault in Abbottabad, Pakistan.

Officially it only belongs to one of the members of SEAL Team Six — although sources close to the New York Post said it belonged to the SEAL who killed bin Laden, as the Post reports.

The SEAL was expected to attend a meeting with the families of 9/11 victims but then later cancelled the event in order to remain anonymous for safety reasons.

Maloney said the shirt is a part of the story of the Sept. 11, 2001 terrorist attack, beginning with the planes crashing into the two towers to the eventual demise of bin Laden.

The post SEAL shirt to be displayed at 9/11 Memorial Museum appeared first on Guns.com.

Via:: SEAL shirt to be displayed at 9/11 Memorial Museum