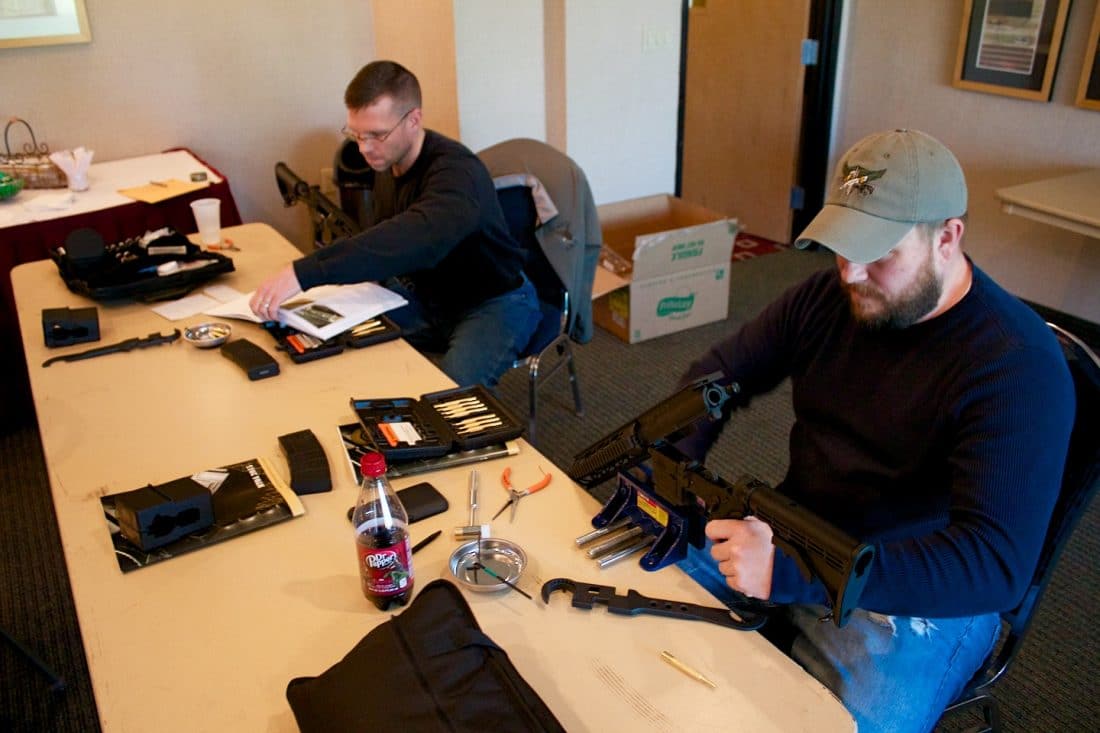 One of the best parts of doing what I do is getting to meet cool people and be invited to special events. NRA and SHOT Show are certainly highlights of the year, but there are plenty of other meetups that offer unique opportunities to network and grow.

One such unique opportunity was when we were recently invited to the MTOA (Michigan Tactical Officers Association) Conference. While the entire conference had meaningful highlights for law enforcement officers, the primary focus of my visit was centered on the 2-day AR-15 armorers course being taught by SDI.

SDI is the acronym for Sonoran Desert Institute, which is the only long distance school to offer students the ability to earn an accredited associates degree in Gunsmithing. Governed by the Department of Education and DEAC, SDI has built a team of qualified instructors and a base of course material that exceeds any certification program found in person or online.

The MOTA brought in 3 SDI instructors including Frank Vigil the owner of Heritage Gun works a master armorer. One look at pictures posted by happy customers across social media or even better, one feel of the lightweight, high quality builds he has brought to life shows exactly how talented he is.

The course itself was a 16 hour condensed class designed to assist police armorers and advanced users to develop the skills to diagnose and repair common malfunctions on the AR-15 pattern rifle.

Starting from a complete rifle the course teaches how to disassemble the rifle into all its base parts. Time is taken to explain the purpose of each part as well as the types of malfunctions common to that parts failure. Once dissembled the students are then instructed on how to re-assemble the rifle and function check the weapon. 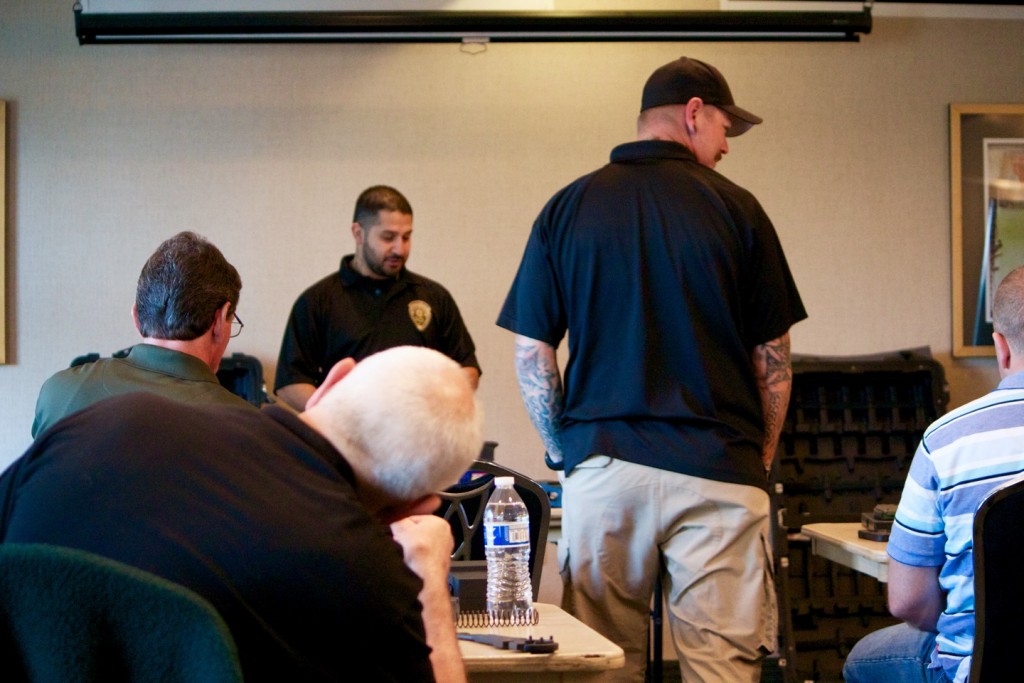 This is a hands-on course with all tools, rifles and required parts supplied so that students do all work themselves with a real rifle. While course material is supplied for reference and continuing education, the lesson is done hands on.

In my parents’ house and subsequently in my home, rarely did we have the right tool for the job. All too often we made do with what we had on hand and almost never had specialized tools. As a result when I work on my AR-15’s it’s usually done with the most basic of tools. It was interesting to see the suggested tools list for this class. While I think some of it was overkill there was nothing that was added as pure fluff. More to the point, there is a few things I have already gone out to purchase such as a magnetized parts tray. Who would have guessed a $4 tool could make life so much easier. If I had only had that part before I might not have detent’s and screws under most of my office furniture. 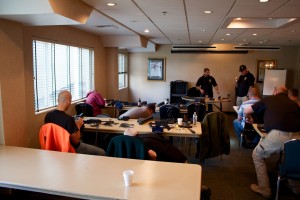 Take it all down

Everyone should be capable of removing the takedown pins and separating an upper from the lower. Drop the bolt and charging handle out and clean the gun. Sadly this is the extent of many officers as well as citizens’ experience with the platform.

This point became evident as springs; detents, buffers, and other items began to fire across the room. This is not a dig at the officers in the class speaking with Jason one of the SDI instructors this happens at classes around the country ranging from military, police and everyday citizens who take these courses. 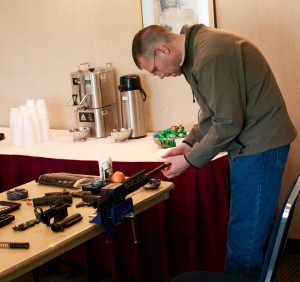 “Many of the students we train are users not armorers. They spend time on the range practicing tactics and formations. Like highly skilled NASCAR drivers they know how to run the machine they aren’t mechanics who know how to fix them” says Jason. “This course gives these operators the opportunity to understand the weapon system in a way that allows the user to diagnose issues and potential avert failures before they occur in the field.”

As the day progressed, it was inspiring to watch the students start asking very pointed questions while following the instruction. Fewer parts got lost, and the class even began to move along faster than estimated. At the end of day one, the class had vastly increased its understanding of the components that made the weapon run and already started to see how those parts begin to fail and cause malfunctions.

Reassembly had begun on the weapon system but was not completed before the end of the day.