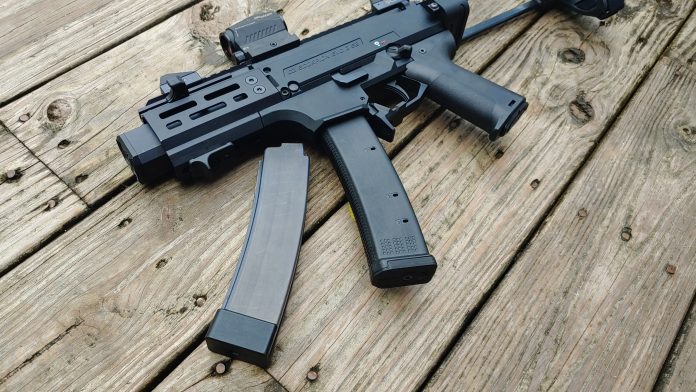 The wide world of Magpul is full of various weapon accessories, upgrades, and of course, magazines. Magpul has a knack for taking an OEM design and improving it, and that was the goal with their latest magazine line, the PMAG 35 EV9. That’s a weird way to say Scorpion PMAGs, but Magpul does what they want.

The Scorpion PMAG had some issues out of the gate. Well, kind of. There was a weird batch of Scorpions that would not work well with Scorpion PMAGs. There were some serious fitment issues with this Scorpion batch. Magpul was able to get it figured out, and now the current crop of Scorpion PMAGs work with all Scorpions. Now that it is all ironed out, we can address why Magpul’s Scorpion PMAGs are superior to the OEM magazines.

[Editor’s Note: My Scorpion was one such, it is an EVO3 S1 in FDE. To make a very long series of QC checks that Magpul and I performed short: If a magazine doesn’t click in with the bolt closed, contact Magpul.]

It’s What’s On The Inside That Counts

I did the math; 35 rounds is five more than 30 rounds. Therefore the Scorpion PMAGs have an immediate capacity advantage. The the extra length required to house the 35 rounds is not a big deal either. Getting in the prone for a long-range shot with a PCC is probably not going to be a thing. An extra five rounds is excellent insurance when it comes to home defense. 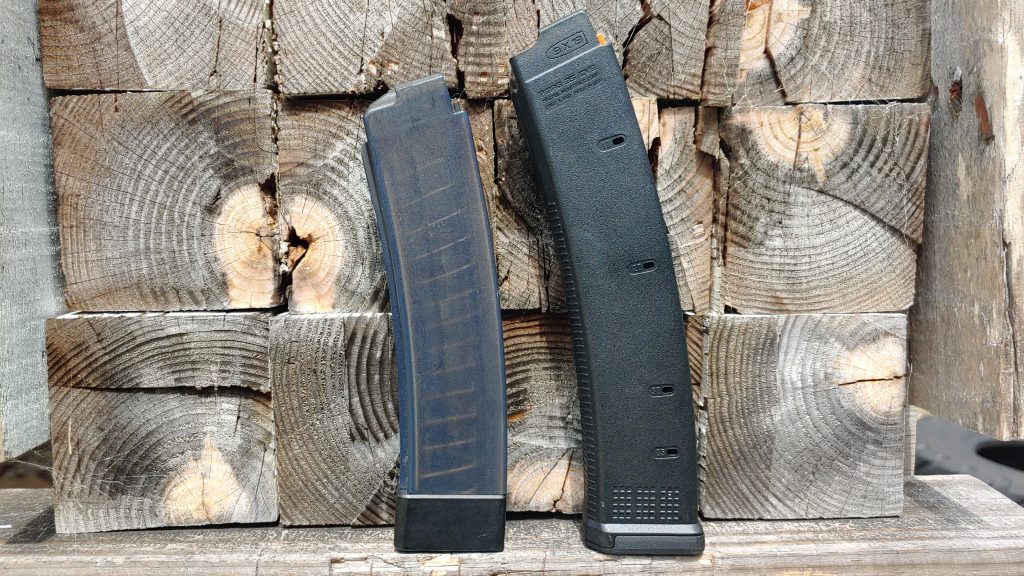 The extra ammo is a nice touch, as is the high visibility bright orange follower, which is easy to see. It’s perfect when paired with the witness holes for a decent guess at how much ammo you got left. 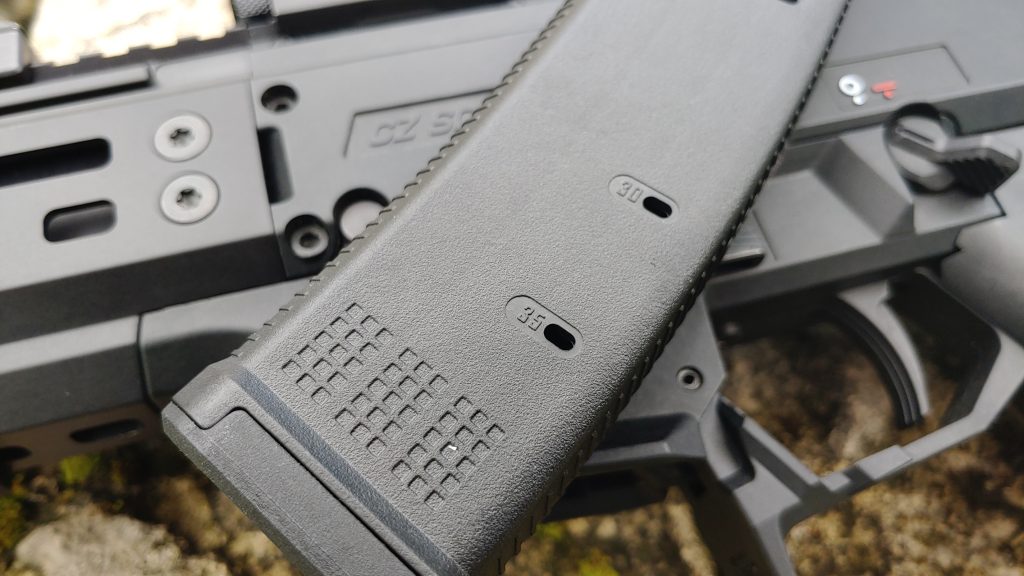 What About the Outside?

Okay, yeah, admittedly, these are attractive magazines… Oh, you mean, what features are present on the outside of the magazine that are worth noting? Well, the Scorpion PMAGs are made from the same material as the Magpul Gen M3 magazines, so it’s rather rugged and tough. The Gen M3 design also incorporates an aggressive front and rear texture that gives you a no-slip grip. 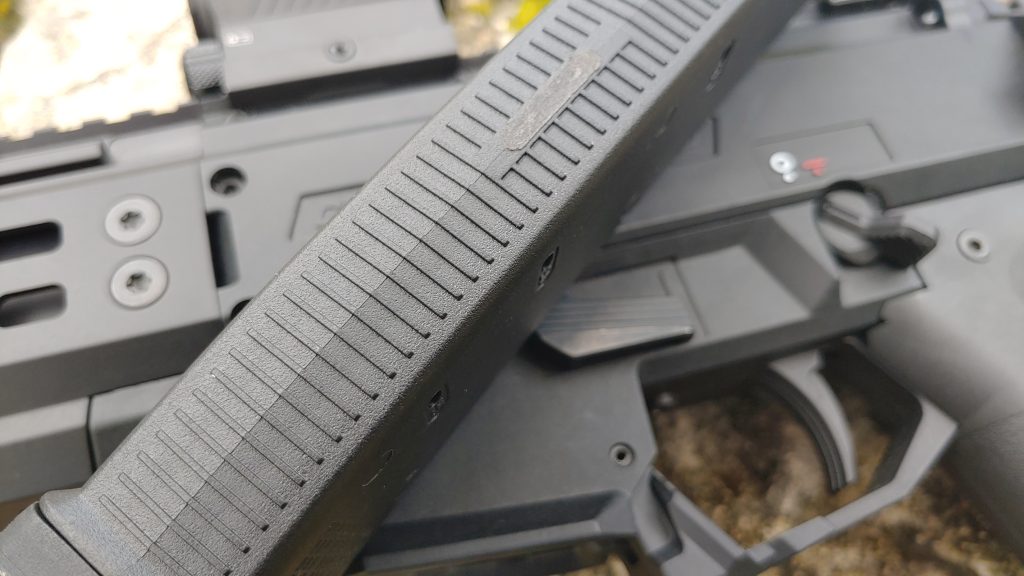 The classic OEM magazines had a bit of a grippy design, but the PMAG texturing is much more aggressive. The Scorpion PMAGs are also skinnier than the OEM magazines. This leads to a funnel-like system up into the base plate for a better grip when drawing the magazines.

The Magpul Scorpion mags are also outfitted with the DOT Matrix Magpul tossed on the Gen M3 magazines. I don’t have much use for it, but it’s there if you do. Fill them in for a personal touch ID’ing your mags.

The OEM Scorpion magazines were a translucent design that allowed for a quick and easy ammo check on the fly. Magpul is well known for its windowed PMAG designs, but no windows are present here. The Scorpion PMAGs are equipped with witness holes at the 35, 30, 20, and 10 round ammo points. 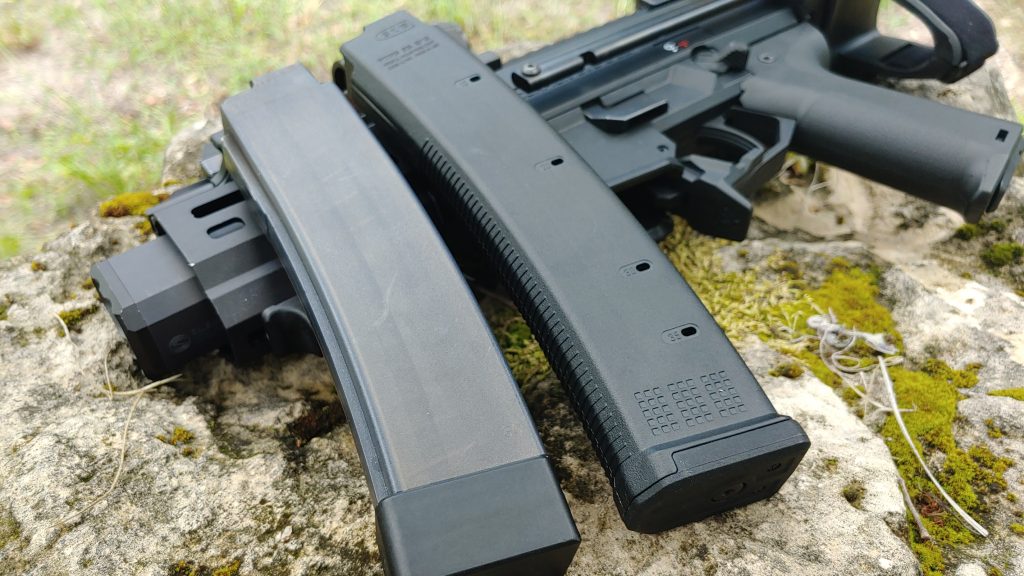 The clear design makes it very easy to stop and take a peek at the magazine, but if there is a proverbial ‘lull in a gunfight’, you should be swapping magazines if you’ve expended ammo anyway or, better yet, getting the hell elsewhere. Both designs work, but clear magazines are more intuitive by nature.

How They Perform Under Pressure

The Scorpion PMAGs offer substantial differences over the OEM models, but do they feed, do they function, can they take the abuse?

The answer to all three of those questions seems to be a resounding yes. I’ve fed hundreds of rounds between four Scorpion PMAGs with nary an issue. I own a ton of the OEM magazines but have leaned entirely on my Scorpion PMAGs for months now. They have been used in three various Scorpion models that include the standard EVO S1 pistol, the Bullpup rifle variant, and the Micro Scorpion. 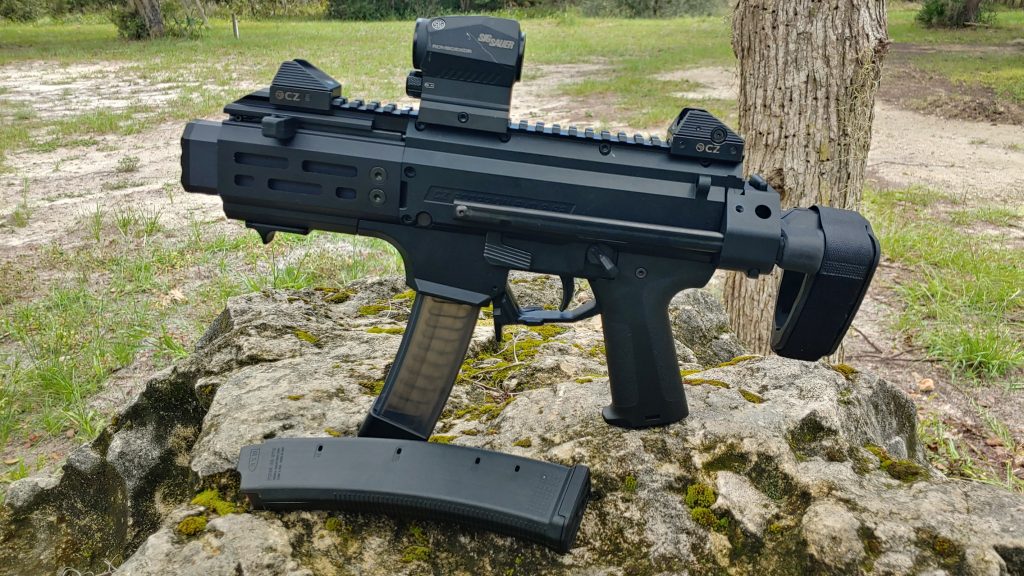 They have been dropped, kicked, tossed, and tortured by a mix of lots of shooting and my general apathy towards gear maintenance. I train in an area that’s nothing but fine white sand and sand spurs, and on speed reloads, I let them hit the ground without pause.

As Anakin Skywalker has it right when he said, “It’s coarse and rough and irritating, and it gets everywhere.” Sand truly gets everywhere, and that includes inside these magazines. It’s yet to cause an issue. Although, I cringe as I hear the sand grind and pop as I load the magazine. 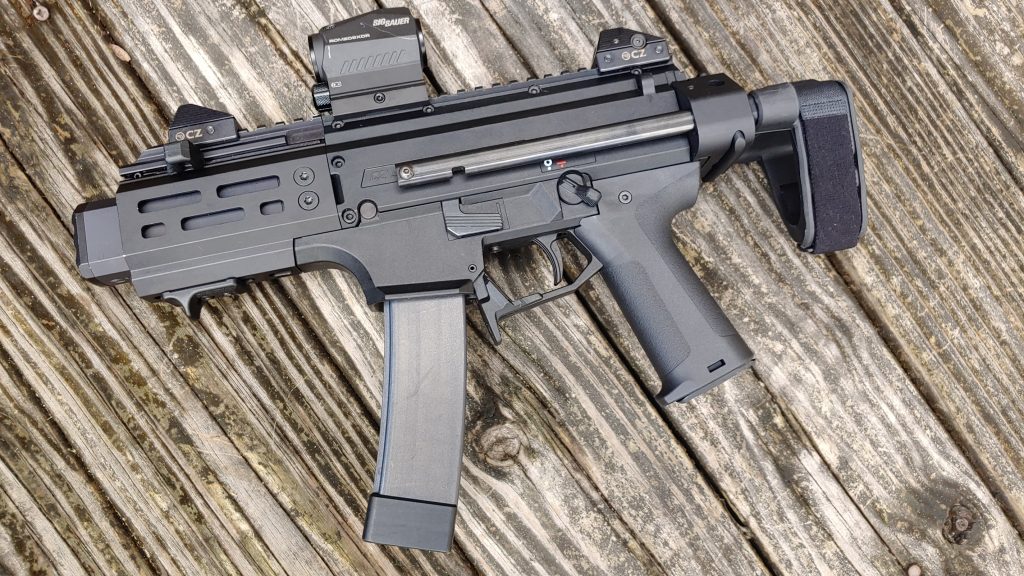 The Scorpion PMAGs can take an ass-kicking and keep on kicking. Magpul’s reputation for durability, dependability, and forward-thinking design is on full display here. While I have a pile of OEM magazines, I can see them moving slowly to the curb and being replaced with Scorpion PMAGs.