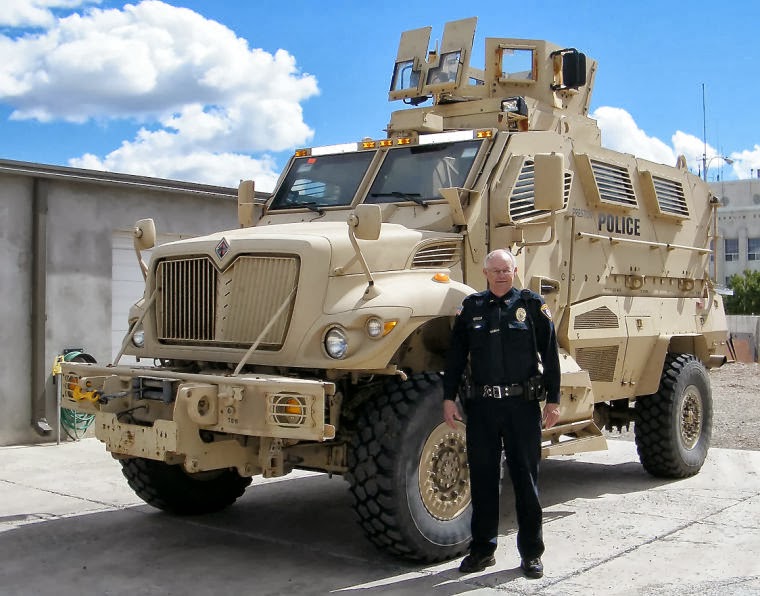 The Los Angeles School Police Department, the largest school-based law enforcement agency in the country, is giving back three grenade launchers obtained under a Department of Defense program, but wants to keep some other gear– just in case.

As reported by the Associated Press, the agency will be returning three grenade launchers of unspecified type but will keep a surplus Mine-Resistant Ambush Protected (MRAP) armored vehicle as well as 61 M16 rifles. The rifles, agency officials point out, have been modified to fire semi-auto only, and the MRAP can be used as a rescue vehicle

“It’s something that we believe is a life-saving vehicle,” LAUSD Police Chief Steve Zipperman told CBS Los Angeles. “And certainly we realize we need to take a look, is this the best alternative right now for us until we find something else that is more conducive to a police-type of rescue.”

The grenade launchers, Zipperman says, are going because they are “not essential for our mission, so we will be disposing of those.”

The school police agency is participating in the DoD’s Law Enforcement Support Office, better known as the 1033 Program. Set up in 1997, the program, which is run by the Army, allows federal, tribal, state, and local law enforcement agencies to request excess equipment from the military’s stockpiles. The items available range from vehicles and aircraft, to office equipment and weapons. To participate, agencies pay a yearly fee ranging from $400 to $1,000 based on size.

According to the program’s website, the only three surplus weapons currently up for distribution to law enforcement agencies are the M16 and M14 rifles, and M1911A1 pistols. However, there are limits set on how many of each a requesting agency can ask for based on how many paid and sworn personnel the department has on its roster. Currently participating organizations can request up to 100 percent of their order in both M16s and .45 pistols, and up to 50 percent in M14s.

The program has come under fire recently in the wake of disturbing images coming from Ferguson, Missouri. This had some in Congress and even U.S. Attorney General Eric Holder to promise more oversight and review. The however, the National Tactical Officers Association argues that the program is essential to saving lives.

In recent months the San Diego Unified School District has also picked up a military-surplus MRAP through the 1033 Program while additional campus law enforcement agencies have taken possession of rifles and other equipment.

Some wonder if this is all just a bit too much.

“It’s difficult to see what scenario would require a grenade launcher or a mine resistant vehicle for a school police department,” U.S. Rep. Adam Schiff, D-Calif., told the AP.

According to their webpage, LASPD is the largest independent school police department in the United States, with over 350 sworn police officers and 147 school safety officers. They are responsible for the safety of as many as 900,000 students and 72,000 school district staff.