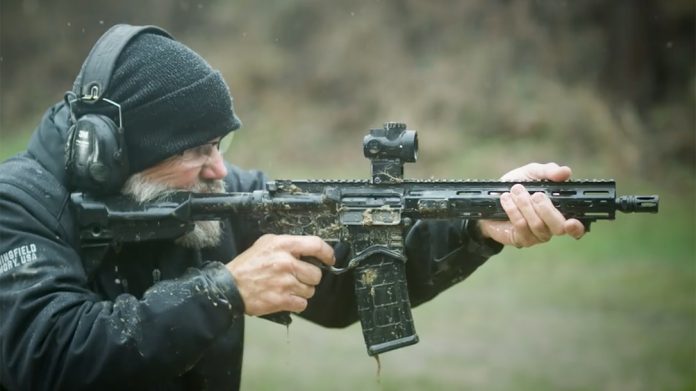 In the early days of firearms development (beginning of the 15th century), the [extremely condensed and incomplete] discovery / invention timeline looked something like this:

The development occurred over a span of nearly five centuries. However, once centerfire cartridges were introduced in 1869, Winchester produced the first center-fire rifle within three or four years.

And rifle development and purchases / ownership rocketed from there.

Many rifles were engineered with v-e-r-y long barrels. These long barrels were needed to help develop higher velocity (due to the limits / slow burning rates of the available propellents at the time). However, these long long-guns were very cumbersome to manipulate and shoot.

A demand eventually developed for smaller rifles that were easier to handle. To make those rifles or muskets lighter and more compact, the obvious approach was to shorten both the stocks and the long barrels.

Though a modification as such would definitely result in lower velocities of the projectiles, and therefore lower power, the trade off was much greater maneuverability. And if this new, smaller rifle could still produce acceptable levels of power, it would be deemed a worthwhile trade.

Thus was born the “carbine,” a shorter version of a full-length rifle, that fires the same type / caliber of ammunition.

And as the development of propellents progressed and long barrels were no longer required to achieve the desired ballistics, the next logical step was to develop even shorter barrel lengths – to gain even greater maneuverability and usability.

Birth of the Short-Barreled Rifle (SBR)