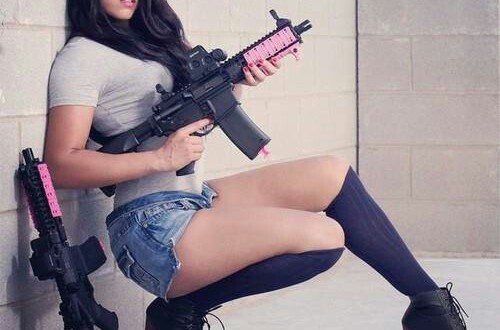 I have been waiting anxiously to get word on this. Please share this article and post with your friends on facebook and any other method. Phone calls are more powerful then emails and we urge you to please reach out to those listed below.

Thursday, February 20, the Michigan House Judiciary Committee is scheduled to hear Senate Bill 610.  SB 610, sponsored by state Senator Michael Green (R-31), would lift Michigans ban on the private ownership of short-barreled rifles and shotguns. Short-barreled rifles and shotguns are already strictly regulated under the National Firearms Act, requiring their buyers to undergo a background check, pay a $200 tax and register these firearms with the federal Bureau of Alcohol, Tobacco, Firearms, and Explosives. SB 610, which passed in the Michigan Senate by a 36-2 vote on November 14, would conform Michigan law to federal law and align Michigan with more than forty other states that already allow their residents to possess these firearms.

SB 610 is an encouraging step forward in expanding the rights of lawful gun owners in the Great Lakes State.  Using the contact information provided below, please call and e-mail members of the House Judiciary Committee TODAY and encourage them to support SB 610.

SB610 has passed out of the committee with an addendum. In short the issue is the way that pistols in Michigan are defined vs how SBR’s are defined federally.

As this was originally written in theory you could build get a tax stamp and build a federal SBR that actually would meet the requirements for a pistol in the state. You could then carry this in a vehicle for example as a concealed weapon if you had a CPL but it would not have required the Michigan pistol registration.

The bill has been adjusted now to require the lower of the SBR be registered as a pistol if it meets the pistol rules for the state. This would cause you to not only get the federal paperwork to own it but the proper documentation with the MSP.

The bill now needs to go back to the Senate for consensus of the change. IF cleared in the senate the bill will go back to the House for a vote within roughly 90 days. I do not like the idea of needing to file the pistol registration but will take it if it means that an SBR truck gun is once again a viable Michigan option.

We will continue to update you on this as this passes through the various stages of legislation  further.