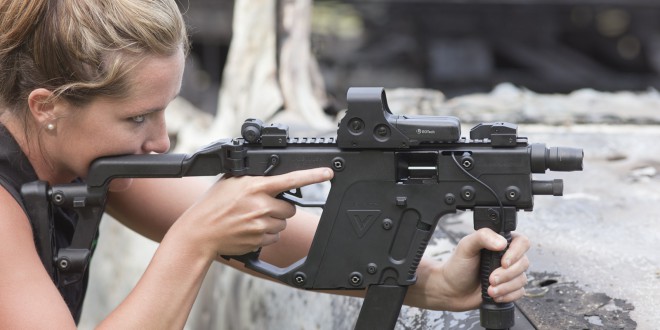 We have been reporting on Senate Bill 610 designed to repeal the Michigan SBR/SBS Ban. I have spoken to many people and been in many forums where nobody could understand why Michigan had separate laws from the 1934 NFA regulating these types of weapons.

Dean Weingarten at Gun Watch brought some new information to light. It shows the nature of why anti gun legislation is dangerous and a direct infringement on our rights as humans not just Americans.

I think many of you will be shocked at what you read.

During the early years of the Roosevelt revolution, the “progressive” elite pushed through the first major federal citizen disarmament bill, the National Firearms Act of 1934.   Within the act was a prohibition on “short barreled rifles and shotguns”.   This prohibition was what was adjudicated in the Miller decision in 1939.    Any thinking person will wonder what the purpose of using extraordinary taxation and regulation to ban short barreled shotguns and rifles is.   Clearly, handguns are easier to conceal, generally have more fire power, and can be just as powerful.

Many states followed these prohibitions with state level prohibitions on the possession of short barreled rifles and shotguns.  I have been told that federal agents actively lobbied state legislatures to pass these bans.Michigan is not one of these states.  While most states simply ceded their sovereignty to the federal government in this matter, allowing possession if the owner met the onerous federal requirements, Michigan had passed their own ban on short barrelled rifles and shotguns in 1931, so Michigan law was a precursor of the federal ban.  The reason is clear.

In 1925, after Dr. Ossian Sweet, a black doctor, used a handgun to defend his family from a mob  attack, the Michigan legislature, lobbied by the KKK, passed a handgun permit law  designed to keep black people disarmed.What good does it do to have a law to prevent black people from obtaining handguns, if they can simply obtain a rifle or shotgun and a hacksaw, and create their own handgun in 15 minutes?    This is the reason that we have the effective ban on the ownership of short barrelled rifles and shotguns in both Michigan and federal law.

It is an obsolete holdover from a racist age before the second amendment was re-acknowledged, after the Civil War,  inU.S. v. Heller and McDonald v. Chicago.The 1934 NFA was originally designed to lump handguns in with machine guns as firearms effectively banned to the general public, following England and Germany’s examples.  In order to make the ban effective, a prohibition on short barrelled shotguns and rifles was inserted.  The ban on handguns was defeated by the narrow margin of one vote.  This left the orphaned ban on short barrelled rifles and shotguns, which few people owned.

With a renewal of the recognized constitutional right to own handguns, the ban on short barrelled rifles and shotguns is completely obsolete.  No advocate of citizen disarmament can legitimately claim that a .22 single shot rifle with a 15 inch barrel is more dangerous than a 15 shot Glock 10 mm  pistol, which is constitutionally protected.
The removal of the ban in Michigan is part of the trend to remove these obsolete and racist infringements on the second amendment.   A removal of the federal ban on short barrelled rifles and shotguns would be rational and welcome, so it will not happen with the current administration in power.
©2013 by Dean Weingarten: Permission to share is granted when this notice is included.
Link to Gun Watch