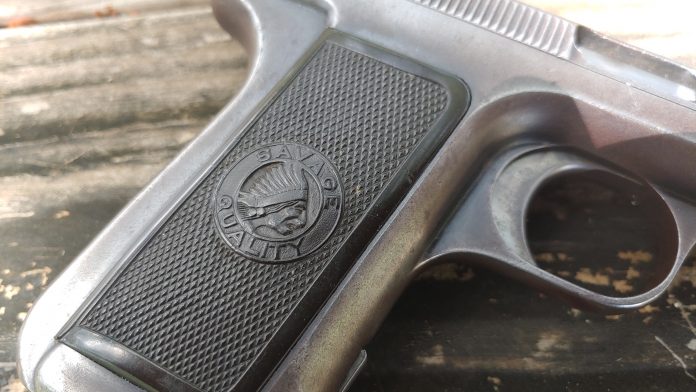 These days it seems like we are constantly under siege from advertising. It’s everywhere, all the time, all at once. Yet, we still find ourselves both victims of advertising and fascinated by it. Mad Men is considered one of the best TV shows ever made, and it’s all about advertisements. With ads in mind, we will look at one of the earliest examples of influencer marketing in the firearms world. When Savage Arms released the M1907 pistol, they did it with a massive advertising campaign and grabbed a handful of gunslingers.

Savage Arms was already a little ahead of the game regarding advertising. They famously used the profile of Chief Lame Deer of the Lakota people as part of their advertising. In 1919 Arthur Savage was approached by Chief John Fire Lame Deer, wanting to purchase rifles for his tribe in New York. Lame Deer offered to allow Savage to use his profile in advertising in exchange for a discount on the firearm and an annual fee. 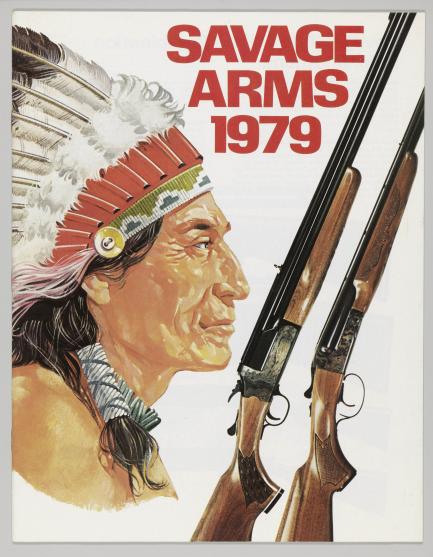 Arthur Savage was clearly ahead of the game when it came time to hire influencers. The profile of Chief Lame Deer became the symbol for Savage Arms, Chief Lame Deer might be the most famous example of influencer-style marketing. However, it was the first. The Savage M1907 saw heavy use of influencer marketing in its sales campaign.

The Savage Arms M1907 was a pocket pistol-style firearm first chambered in .32 ACP. The gun descends from Savage’s entry into the M1911 contest. The original design was a .45 ACP pistol, but it didn’t do well against the M1911. Savage didn’t ditch the design. They just shrunk it and used smaller, lighter recoiling cartridges. 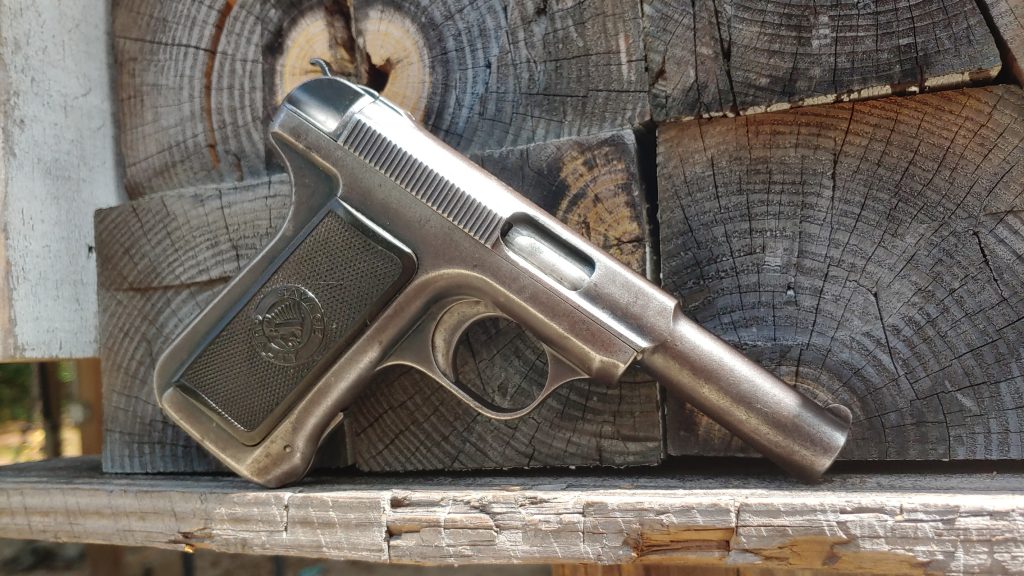 Savage Arms’ little pistol was reasonably innovative. It’s a striker-fired design with what appears to be a hammer. That hammer allows you to manually cock the striker or decock it. This was the first pistol to use a double-stack magazine, and the little .32 ACP held 10 rounds total. Additionally, the pistol used a delayed blowback system with a rotating barrel to delay the breech opening.

The pocket-sized M1907 was very much ahead of its time. Later, the gun would be produced in .380 ACP, holding 8 rounds total. That kind of innovative design translated into sales topping 230,000 M1907s sold.

Before Chief Lame Deer Savage leaned on two famous cowboys to advertise their new pistol. These men made their reputations with single-action revolvers, but Savage Arms managed to turn them over to the automatic. How? Well, likely lots of money.

Famed soldier, bison hunter, and proprietor of Buffalo Bill’s Wild West, Buffalo bill, became one of their influencers, for lack of a better term. Buffalo Bill served as an Army Scout in the Indian Wars, earned the Medal of Honor, was a Buffalo Hunter, and later a showman. 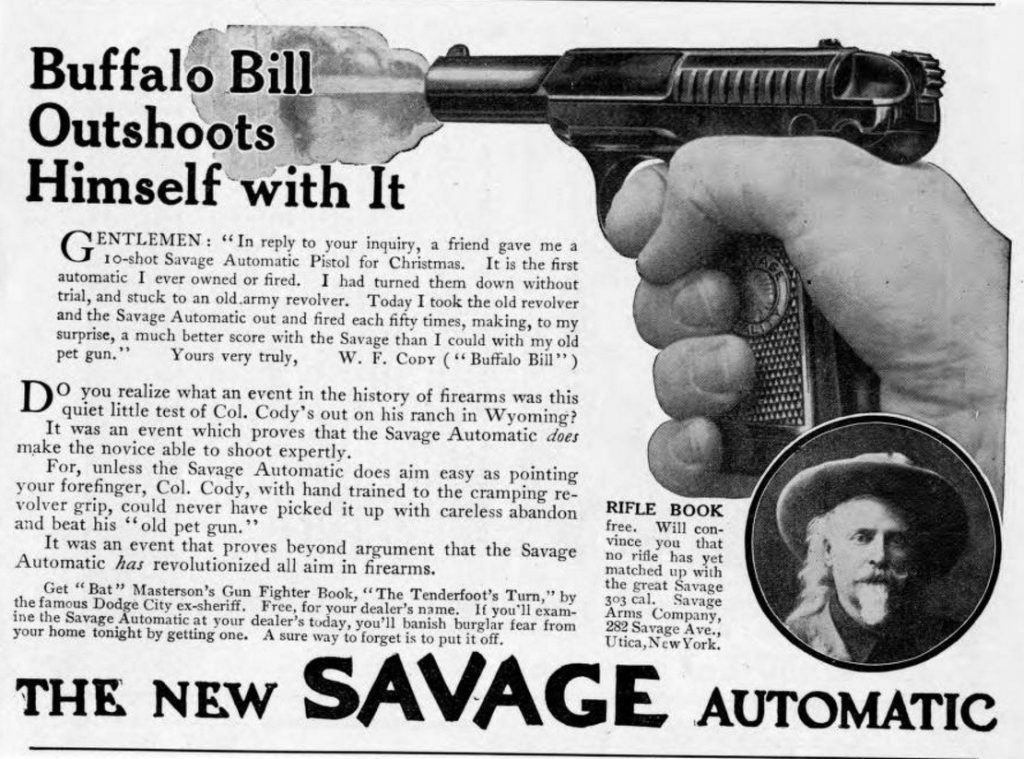 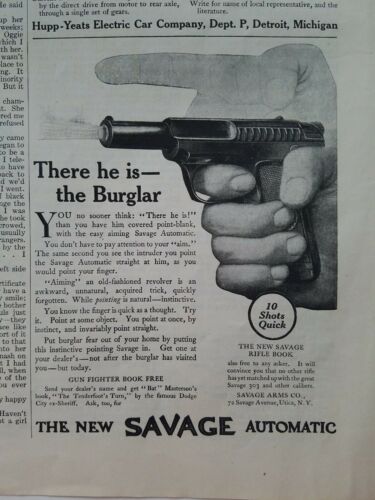 Dr. Carver, the world’s best wing shooter at the time, apparently wrote a letter to Savage requesting three Savage automatics that he intended to give three women to defend against burglars. The ad portraying this letter is hilariously sexist and credits Dr. Carver as a weapon expert.

Apparently, the Pinkerton Detective agency endorsed the firearm as well, but I can’t find any of the ads regarding this endorsement.

Bat Masterson was a famed gunfighter, Army scout, and Sheriff of Dodge City. He rode with Wyatt Earp for a time and would later become a journalist. In those later years, he became an influencer for Savage Arms. Several ads featured Bat Masterson holding the pistol and making proclamations about its capabilities. 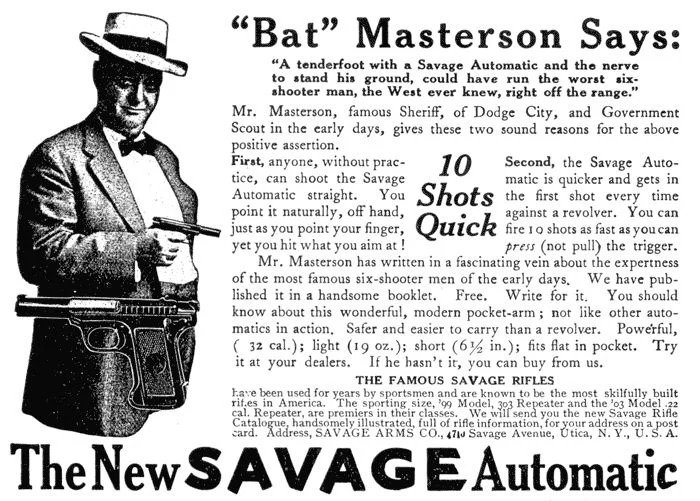 Including stating that, “A tenderfoot with a Savage Automatic and the nerve to stand his ground, could have run the worst six-shooter man, the west ever knew, right off the range.”

Bat Masterson even wrote a short book for Savage Arms called the Tenderfoots Turn. It detailed how to use a handgun and shooting techniques of the time. It also had some excellent illustrations and is easy to find PDF copies floating around the internet. The book talks about how hard it is to shoot a .45 Colt revolver and how easy it is to shoot a Savage Automatic. 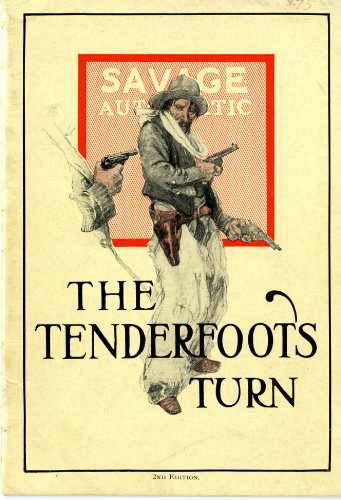 If that’s not the equivaleSnt of paying someone to make a Youtube video about your gun, then I don’t know what is. The Tenderfoots Turn is an exciting example of influencer marketing in a time before influencers really existed.

Three things are certain in life, death, taxes, and ads. Firearms advertising has always been an exciting piece of history. Savage Arms clearly embraced the Ad Men early, and it shows with their innovative thinking and advertisements. It’s fascinating to see just how far we’ve come. Sure the technology has changed, but the techniques haven’t.