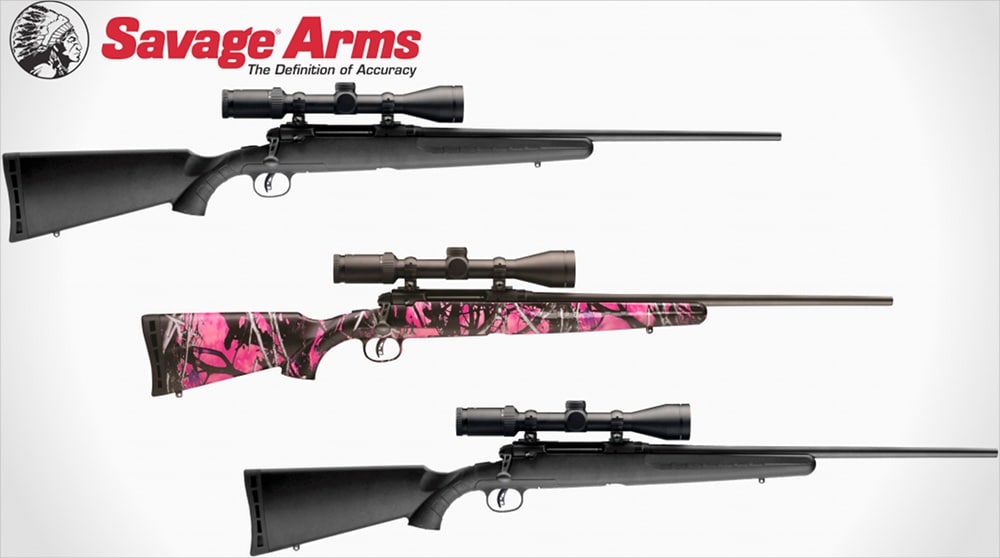 With more and more new shooters becoming new hunters, manufacturers are charging into the entry-level bolt-action rifle market. First introduced in 2011, Savage is expanding the series with the upgraded Axis II XP models.

Savage has upgraded these rifles by making their AccuTrigger the stock trigger option and by packaging them with Weaver Kaspa 3-9x40mm riflescopes. The scopes are factory-installed and boresighted so users will know their first shot will be on paper when zeroing the rifles.

The Axis II XP series is being rolled out in a wide variety of popular hunting calibers from .223 Remington to .30-06 Springfield. All rifles have the same matte finish on the receiver and barrel and come with synthetic stocks. Axis rifles feed from detachable box magazines that hold four rounds.

Additionally Savage is offering Youth models with Muddy Girl camo-dip as an option. Muddy Girl camo has been a big hit with shooters of all stripes. Currently the Youth models are only offered in .243 Winchester for its light recoil but solid effectiveness in the field.

The Kaspa 3-9x40mm scope is a decent fit for this wallet-friendly rifle. It ticks all the right boxes with a one piece tube construction, fully multi-coated lenses, is nitrogen-purged and has ¼-inch click-adjustable MOA turrets.

Be sure to take advantage of the $50 rebate. (Photo: Savage)

On top of it these rifles qualify for Savage’s current rebate program, and anyone who picks one up by Nov. 30 will get $50 back from Savage.

The Axis series has been a huge success for Savage and is one of the best-selling rifles in its class. The Axis was designed from the ground up to take advantage of modern manufacturing processes to minimize machine time, ultimately bringing prices down without sacrificing reliability or accuracy.

These rifles are designed to be carried in the field and weigh about 6.5 pounds. They’re not all-day shooters but dedicated hunting rifles with light-profile barrels that will put a bullet right where you want it on a cold bore.

The user-adjustable AccuTrigger will help with accuracy on what is already a mechanically-accurate rifle. The Axis has a free-floated barrel and a dual pillar-bedded action.

They have quickly developed a good reputation for being a no-frills platform for new hunters or shooters on a budget, and the Axis II XP builds on that nicely with its two new frills that don’t break the bank.

For more details and information about these and other Savage Arms guns, head over to the product page.