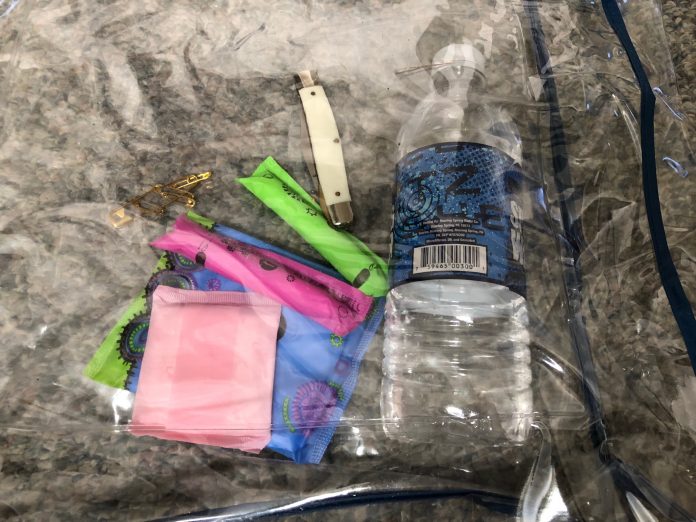 The high schoolers in Parkland Florida returned to school this week. They returned to the scene of heartbreak and trauma, but also to new rules – rules that were put in place by school authorities in an effort to increase their safety. Unfortunately, this is also providing the students with important lessons about the cost of feeling “safe”.

Two of the measures put in place – mandatory clear plastic backpacks, and ID badges – have many students voicing complaints about being made to feel as if they are in prison, and feeling as if their privacy is being invaded. The planned metal detectors haven’t even arrived yet. One student complained aloud at the injustice of feeling as if she were being punished for the actions of another person.

American gun owners wondered if she realized the irony of her statement.

The situation in Parkland and the subsequent AstroTurf “student” protests are the perfect illustration of the trade-offs between freedom and safety and the protections of the Constitution. Those students (and the politicized adults which comprised the majority of the marchers) were “protected” in their exercise of free speech by men armed with the very tools they were protesting. It is a case of being careful what you wish for. Certainly one might be made to feel perfectly safe – but at the cost of being ensconced within a prison of one’s own making

This desire for safety is especially acute given that this tragedy involved children. As parents, we cannot abide our children being exposed to danger – especially when they are in school and out of our direct oversight.

But this is a generation which has been bubble-wrapped virtually from infancy. Many modern parents refuse to accept “any” perceived risk to their children – no matter how minute or far-fetched. This generation grew up with padded coffee table corners and obsessive dietary control, participation trophies and safe spaces. Never have children been so obsessively shielded from physical or emotional harm. The term Helicopter Parent came about because of this generation.

This obsession with the safety of children has gone so far that Utah passed a law recently, protecting parents who DON’T hover obsessively.

And yet despite all of that hovering, a crazed adolescent was able to harm these children when they were out of their parents’ control in a presumably safe environment. This attack – and the resulting betrayal of that feeling of safety – made people (especially the teenagers) absolutely insane with emotion. This emotion was then leveraged by the usual bloody shirt wavers. In their grief and rage they demanded “safety” and “protection” and expected the government to supply it. They didn’t seem to care how that safety happened, who they slandered or who that “safety” adversely impacted – as long as it wasn’t them.

They demonized an object and slandered every individual person who belongs to an organization which champions Constitutional rights – because demonization, oversimplification, and blanket accusations are easy. Changing human behavior, however, is complex and challenging.

These children were supposed to be protected by the government already. But every layer of that government – from school administrators, to resource officers, to the sheriff’s dept, to the FBI – failed those children. Despite the fact that the government failed in spectacular fashion the poor fools marched to demand even MORE government “protection” and intrusion. Except they demanded that the government intrude upon the lives of lawful firearms owners, not make their OWN lives more difficult. But that’s the problem with safety – it comes with a price tag attached.

All encompassing “safety” is an illusion – a pipe-dream. We used to line our babies’ beds with soft crib bumpers to keep them from hurting their heads – only to discover that our effort at “safety” was really suffocating babies in their sleep. In the same way, emotional attempts at “protecting” society has the net effect of suffocating freedom instead.

The kids at Parkland, having already been dealt a difficult lesson about life and death, now also have some new lessons to learn. When you seek to infringe upon the rights of others, you ultimately infringe upon your own. You can have safety, or you can have freedom, but you can’t usually have both.

“Those who would give up essential Liberty, to purchase a little temporary Safety, deserve neither Liberty nor Safety.” – Benjamin Franklin