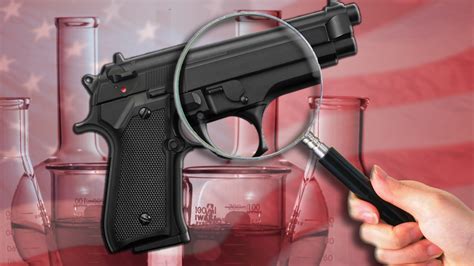 [Ed: This is the second of the talks that the DRGO leadership team gave September 20 online for the Second Amendment Foundation’s 35th annual Gun Rights Policy Conference. In my talk below, I added a couple of things for which there was not enough time on video, as well as the pertinent references. See each of our talks on the DRGO YouTube channel or at 2:17:23 here. The entire schedule of talks is here, divided into 4 parts on the SAF channel.]

Evaluating so-called “public health research” on guns is our primary task. Typical career anti-gun academics work from unstated prejudice that guns are bad and so reducing gun ownership is desirable. They pick and choose their data, emphasizing factors that tend their way rather than objectively examining changes over time. Their statistical analyses are skewed toward methods that support their preferred outcome, that guns are responsible for violence. As a result, they make a lot of mistakes but keep getting a pass for them.

https://drgo.us/and-the-beat-goes-on/ (CDC through Wintemute below)

https://drgo.us/and-the-beat-goes-on-2/ (BUPH through Preventive Medicine below)

Dr. Cailinn Langmann of McMasters University is a DRGO expert. In June, he compared changes in Canadian firearm laws versus suicide and homicide rates there from 1991 to 2016. He evaluated trends in death rates before and after legislation in 1991, ‘94 and 2001 that progressively restricted gun rights. He also chose meaningful comparisons: areas with high numbers for existing suicides, unemployment, poverty, and Native population density. Each of these correlated with higher rates of homicide and suicide—but not gun ownership.

[Langmann’s study is remindful of one by Dr. Mark Hamill, also a DRGO reviewer, from January 2019. I was privileged to review it and recommend journal publication. He demonstrated that the relative stringency of state concealed-carry laws makes no difference in rates of homicide or violent crime. It was extremely well-designed, meticulously gathering, categorizing and analyzing data, then identifying changes in trends of violence, resulting in highly reliable conclusions.]

Science is supposed to be clear, logical and objective. Unfortunately, it is as messy and ego-driven as any other human endeavor. Even though these studies really show that neither civilian gun ownership nor gun laws have anything to do with rates of suicide, homicide, mass shootings or other violence, these researchers misstate their own results and cannot give up their bias against guns.. DRGO will continue to draw a line in the sand against bad science in gun research and will promote the good. We’re having some influence, and hope that will grow. Thank you.