I have to hand it to Josh and Henry with this video intro, exceptional music selection. It sets the properly somber tone for talking about bad news (Unless you’re Ukraine, then it’s only bad news for loot drops).

The AK12 is not the rifle Russia wanted to build, it was the rifle they ended up building.

We’ve seen that here several times in the United States. The XM8 was a product of the XM29 OICW, and while the XM8 worked well, it was not enough improvement with several oddly ambitious items that wouldn’t work out in the long run. It had negative space mounting long before KeyMod and M-LOK, but it was H&K’s for H&K. That isn’t a problem so much in a closed logistics systems, but open systems are easier to service.

A more accurate development story to the AK12 here in the states though is probably the ACR. The Magpul Masada rifle that stole the show back in 2007 at SHOT. A futuristic lightweight rifle that would do all-the-things as well as, or better than, the M4. The M4 was catching quite a bit of heat from its anecdotal failures and very real limitations during the raging combat operations of GWOT. The M4 would end up going through a product improvement program that would max the stats of the rifle rather nicely for much less money.

But the ACR was supposed to be the fix. The next rifle. The future. It was even on Future Weapons.

Then Bushmaster and Remington Defense, who took up the rifle development project, pulled an Amber Heard on the bed that was the Masada. Shockingly to all (except people who had developed rifles before), the ACR came in very much over cost, delivered nearly nothing of what was promised, and had some very basic obvious issues that needed fixing before it saw the light of day.

The landing page had a killer soundtrack though.

This is what I suspect happened to the AK12, they couldn’t settle down and build the gun. They couldn’t build the team to work through the minutiae of putting the rifle together in a way that pushed the AK forward to parity or superiority with the M4A1. Instead we got a worse variant of the AK with furniture upgrades than we already had. It doesn’t even just take an AK-10X and put Zenitco on it, it puts modern TAPCO like handguards, a questionably re-zeroable top cover on it, and gives it a new waffle magazine with a round count.

I’m sure they spent far more. There is nothing on the AK12 that can’t be done better on a gun wearing an SLR handguard, a TWS Dogleg mount, an Ultimak gas tube rail, a KNS Precision Piston, and a Krebs safety. Maybe an ALG Trigger too. The whole premium AK suite, plus a full price AK, might still have been more cost effective to put together. The ‘stated’ price for the AK-12 is $1,000/unit, I believe that if everything listed were included, native to the assembled rifle, we wouldn’t be much above that. And it would work, which is nice.

Henry and Josh dive deep into the actual logistical problems, not just functional problems on an individual operator level, that the AK12 has. 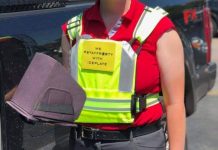