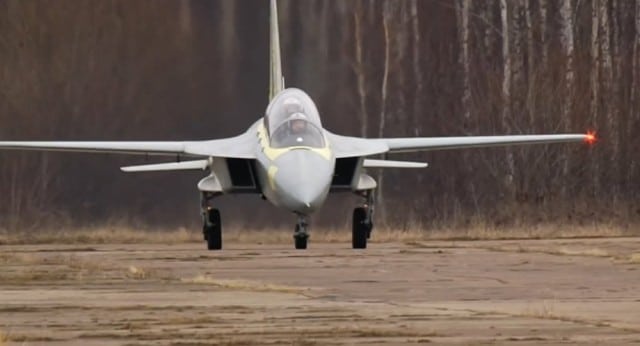 The world’s first aircraft with forward-swept wings has been built in Russia. Their new forward-swept wing jet trainer SR- 10 has made its first flight this week. All-composite aircraft SR-10 is a single-engine aircraft which was assembled at the Russian private design bureau ‘Modern Aviation Technologies’.

The aircraft was developed by a private Russian design bureau called KB SAT. Their unique feature is a moderate forward-swept wing (FSW) scheme which allows the plane to be more compact, to have better stability at low speeds and takeoff and landing performance.

The SR-10 will have a primary mission to teach new pilots from the beginning of their career. It will be ideal for learning the basics of flying. First flight tests of the prototype were carried out at the Oreshkovo airfield in the Kaluga region. Judging by the released video, the tests were successful. The forward swept wing helps improve the maneuverability of the aircraft, making the SR-10 not only a trainer jet but also as sports aircraft.

Some social media users expressed their delight with the new jet saying that it is impressive and if it goes into production it would be a ‘bomb’. Its main advantage should be the low price of the overall project.