THIS IS CONJECTURE, SPECULATION, AND IN NO WAY OFFICIAL ACTION

But seen on Ammoland http://www.ammoland.com/2017/02/proposed-executive-order-designates-militia-rifles-citizen-ownership/#axzz4aDhukX3r

Section 1. Purpose. Both individual and community safety are critically important to the national security of the United States. Terrorism, transnational criminal activity and potential acts of war by foreign nations present a significant threat to national security and our citizens, who have the right and the duty to defend themselves, their communities, their States and the Nation.

(a) Support and defend the Constitution, including the Second Amendment right of citizens to keep and bear arms for Militia purposes, as well as self-defense.
(b) Encourage citizens to be prepared to act as members of the Militia to defend communities, States and the Nation, as part of the common defense contemplated by the Constitution of the United States.
(c) Discourage restrictions by States and political subdivisions on individual possession of firearms suitable for Militia purposes by citizens of the United States.

Section 3. Definitions.
(a) “Militia” has the meaning given the term in Title 10, Section 311 of the United States Code to include the Unorganized Militia, as well as the meaning given to the term “Militia” under equivalent State statutes.
(b) “Self-Defense” shall mean the actions of citizens to defend themselves and their families from physical attack.
(c) “Communities” shall mean neighborhoods, towns, cities, counties and other political subdivisions of citizens who live in distinct geographic areas within a State.
(d) “State” shall mean one of the fifty States of the United States.
(e) “Militia Purposes” shall mean training, practice and preparedness which could improve the ability of a citizen to act, and to be armed in case of a need to act, as a current or future member of a local, State or National organization commanded by government officials and responsive to a physical threat. Appropriate organizations include those commanded by an elected county or city Sheriff; those commanded by the Governor of a State through officers of that State’s Defense Force as authorized by Title 30, Section 109 of the United States Code, or through officers of that State’s National Guard; and organizations commanded by the President through officers of the Active or Reserve components of U.S. Armed Forces.
(f) “Militia Rifles” shall mean the firearms designated in Section 4 that are made in America and suitable for use in self-defense, community defense, defense of States and defense of the Nation.

Section 5. Pre-emption. This Executive Order is intended to pre-empt the laws of States or political subdivisions that infringe upon the rights of citizens to keep and bear the arms designated in Section 4.

Section 6. Judicial Notice. That the judges of all State and Federal Courts are hereby given notice that possession of the designated Militia Rifles and accessories by citizens should not be restricted or infringed upon by State laws or the laws of a political subdivision of a State and any such law should be reviewed under the strict scrutiny standard to determine whether it is a violation of the Constitution of the United States after judicial consideration of this Order and the fact that it was issued by the Commander in Chief of the Militia.

That is the speculative proposed wording of an order to protect certain arms the Commander in Chief, President Trump, considers Militia suitable to garner them stronger protections under the Second Amendment.

The order has strong points and weak points to its design that I want to highlight.

Affirms the concept of the “Whole People” being the Militia.

Affirms the current administrations support for the U.S. Constitution, specifically the Second Amendment, and encourages the personal exercise of responsibility under it. It also calls out States that have highly restrictive laws and this seems to be most directly a result of the 4th Circuit ruling toward Maryland on their Assault Weapons Ban.

Preemption, this EO is designed to directly dismantle state Assault Weapon Bans to a degree by cutting down most of the legal language listing these rifles as dangerous and/or unusual and classifying them as suitable.

Judicial notice is given to the state and federal courts to give credence to the preemption. 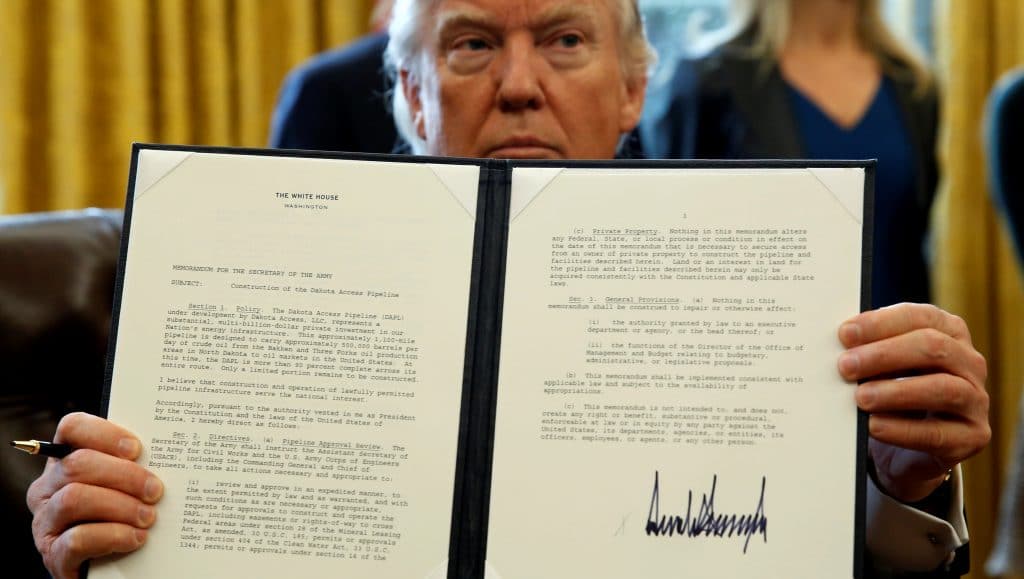 I want to emphasize again this is entirely speculative.

If implemented there would be several positive results. The most prominent are the legal challenges set to occur if the order were published and signed. Those gains would be substantial for the second amendment in several states.

But there are weaknesses and detriments to the order also and we need to highlight those to address, correct, improve, or remove them.

I also want people to be expressly aware of repercussions. The wording of this gives ample opportunity for state and national legislatures to chase after greater restrictions non protected firearms with the full notice that the Trump administration, the Commander-in-Chief himself, does not believe they suit the requirements.

Food for thought guys. Carry on.