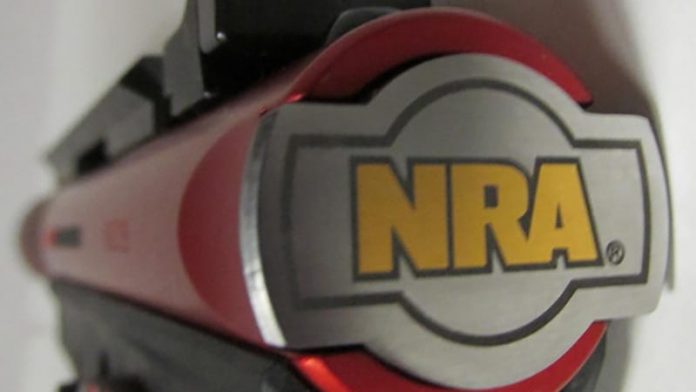 Sturm, Ruger & Company’s chief executive officer, Mike Fifer, has been open about the company’s relationship with the National Rifle Association — in fact, Ruger uses it as a selling point.

While it isn’t unusual for a company to donate money toward promoting and protecting its interests, Ruger has in recent times aimed to give vast sums to the organization. This week, the Connecticut company launched a campaign to match up to $5 million of donations to the NRA’s lobbying arm.

“We hope this call-to-action inspires our customers and all freedom-loving Americans to take action in support of the Second Amendment, especially in the month leading up to the November election,” Fifer said about the campaign during Wednesday’s conference call with investors.

Past fundraisers raised money by directing one or two dollars of every Ruger firearm sold to the lobbyist group.

In that same breath, Fifer reiterated NRA talking points regarding the upcoming presidential election. “I’ve no doubt about it, the makeup of the Supreme Court is on the ballot this November and, therefore, the Second Amendment is also firmly on the ballot,” he said.

Earlier this year, Senate Republicans refused to hear President Obama’s Supreme Court nominee due largely to the NRA’s characterization of the nominee as anti-gun. At the time, conservatives were betting that a Republican would be in the White House next year and would nominate a candidate who would balance the court and then have the opportunity to nominate two more Justices to push the high court to the political right.

During the question and answer portion of the conference, Fifer chided Democratic presidential nominee Hillary Clinton for saying she supported overturning landmark Supreme Court decision DC v. Heller, a case that solidified the Second Amendment to mean a right to self-defense, and for her criticisms of the Protection of Lawful Commerce in Arms Act, which shields gun makers from criminal liability suits.

“That’s unprecedented, and it will be hard for any of us to believe that didn’t have some impact,” Fifer said about how Clinton’s commentary affected gun sales.

However, Fifer said Clinton has “a very reasonable likelihood of winning the presidency,” but the gun lobby would direct resources to elect candidates into positions to affirm gun rights.