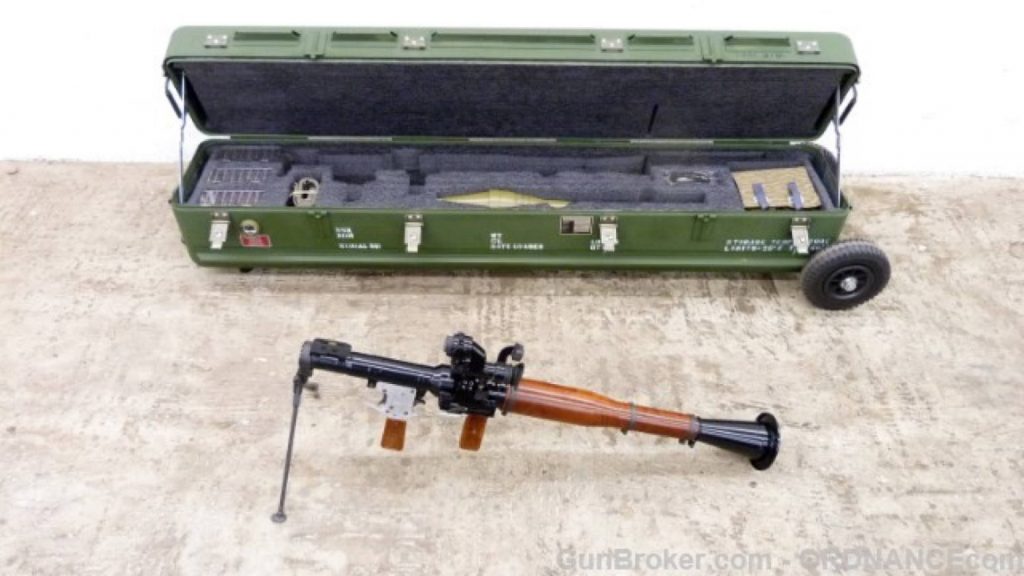 The RPG is a rocket-propelled shaped charge antitank weapon that took its philosophical foundation from the German WWII Panzerfaust (although it shares little with that weapon mechanically). Over the course of WWII, the armor on tanks quickly because too heavy for man-portable anti-tank rifles to defeat.

The RPG-7 is pretty far from being a forgotten weapon, but I was not going to pass up an opportunity to take a closer look at a live one. This example is one of the few live and registered RPGs in the US, and it belongs to Movie Gun Services. If you saw Black Hawk Down, you saw it in use.

The solution to this dilemma was the development of shaped charge warheads, in which directed explosive energy could be used much more efficiently than simple high explosive or even simpler kinetic energy.

After several earlier developmental iterations, the RPG-7 was introduced in 1961 by the Soviet Union and would prove to be an extremely effective, inexpensive and simple weapon. Today they are found in virtually all third world conflict zones. A variety of rocket types have made them much more than a dedicated anti-tank weapon, and they will be found used against everything from personnel to aircraft.