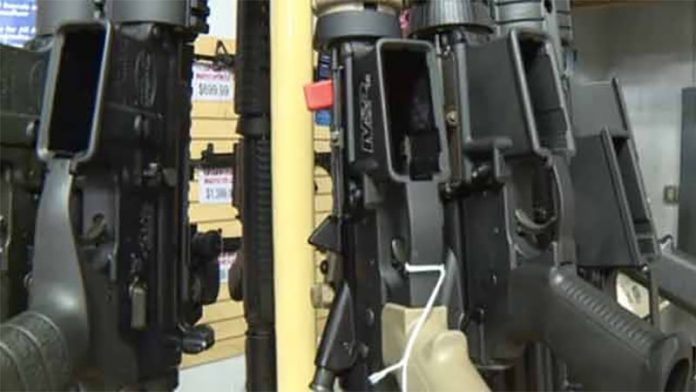 While companies offering their customers free guns as an incentive for whatever they’re selling isn’t all that uncommon anymore, one Colorado roofing company has taken that mentality one step farther and is offering a free AR-15 for new employees.

James Webb, owner of Weatherproof Roofing, offered a “Get a Roof, Get a Gun” promotion back during the summer and it was a huge success. Business has boomed and Webb now needs several positions filled as soon as possible.

“We just don’t have the staff to keep up with it,” Webb said. “So now we’re giving it another shot with ‘Get a Job, Get a Gun.’”

And while some believe the idea is awesome, others aren’t so convinced.

“[If] they’ll give out an AR-15, I’ll work for anybody,” said Tyler Carter of Colorado Springs.

The Coalition to Stop Gun Violence, however, is far from impressed.

“The only thing roofers should be armed with is a nail gun,” said Andrew Patrick, spokesman for the Coalition to Stop Gun Violence. “The addition of guns to an already hazardous work environment only increases the likelihood of an accident or altercation. The gun lobby’s ‘guns everywhere’ mentality has reached a new low when employers feel the need to offer firearms as part of their benefits package.”

But Webb simply shrugged off the naysayers.