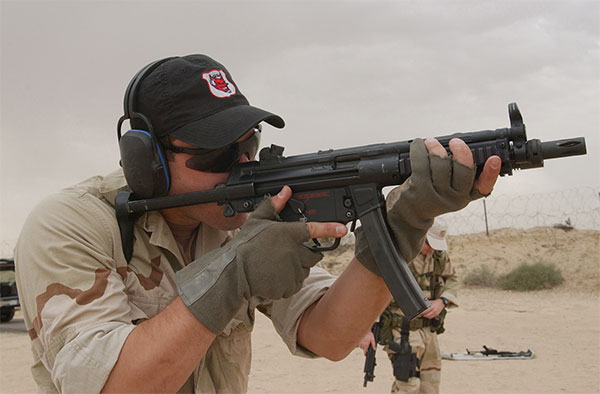 HK has long been the Roller Delayed company. The famed G3 series rifles and the MP5 all use the famed roller delayed blowback system. Roller Delayed blowback mixes the traditional reliability of a blowback weapon with a refined delay system. A delay ensures the breach doesn’t open too early. A simple blowback creates a delay using a heavy bolt, or a heavy recoil spring, or a bit of both. This often makes the weapon much heavier than necessary, makes it stiff to charge, and ensures you experience every little bit of recoil the caliber creates.

A refined delay system is necessary for more powerful calibers, like the G3’s 7.62 mm NATO round. This system works to ensure the round can be safely cycled and fired. Additionally, roller delayed systems can also make weapons in pistol calibers lighter and help reduce recoil.

The first roller delayed system showed up in 1945. A roller delayed firearm is very simple and doesn’t require a gas piston, and often creates a simple to produce design that’s robust and reliable. Different guns utilize different methods of roller delay, but the most common configuration is a set of rollers that are part of the bolt. This roller creates friction and keeps the breech closed until the bullet has left the barrel, and ensures the weapon remains reliable and safe.

I could list 5 HK-only firearms, but I wanted to challenge myself and find you fine folks 5 Non-HK firearms that utilize a roller delayed blowback system.

The JP5 is an AR-style 9mm rifle that utilizes a roller-delayed blowback system. This 9mm carbine dominates competition shooting due to its roller delayed design. Most 9mm ARs are straight blowback rifles, and they suffer from heavy buffers and buffer springs along with snappy recoil. The JP5 doesn’t require such devices and has hardly any recoil.

The gun barely moves between shots and ensures it’s a smooth shooter that allows for rapid and accurate fire. I love the JP5, and the roller delayed system is ingeniously implemented with two rollers built into the bolt of the gun. Other than that, it’s all AR 15.

Well, actually, it’s beyond the standard AR 15 and features some awesome ergonomics that are completely ambidextrous, and it’s insanely accurate. The JP5 costs over three grand, but holy crap, is it worth it.

Garrow Arms brought a unique blowback system to the AR17 upper receiver. Instead of having a potent or necessarily powerful round, the Garrow Arms AR17 addresses the 17 HMR. This powerful, bottlenecked, rimfire round doesn’t do well with straight blowback like a 22LR or 22 Magnum. In fact, it’s simply not safe. The chance of an out of battery detonation is higher and can be extremely dangerous with the amped-up little .17 HMR.

The Garrow Arms combines a roller delayed system with a gas-operated design. It’s unlike any other roller-delayed firearm on the market. In fact, it uses a healthy amount of the HK G3’s principle of operations and works incredibly reliably. The two rollers are ball bearings that are fit into the bolt and then the upper receiver.

The AR17 upper is extremely reliable, soft shooting, and highly accurate. If I need to land a headshot on a squirrel, I can do it with the Garrow Arms upper.

As far I can tell, the SRM 1216 is the only roller delayed operated shotgun…like ever. The SRM 1216 utilizes two rollers on the bolt, and this allows for a quasi bullpup configuration. That’s not even the weirdest thing about the SRM 1216. It feeds from a removable magazine…that’s also a series of four tubular magazine that the shooter rotates when one runs dry. 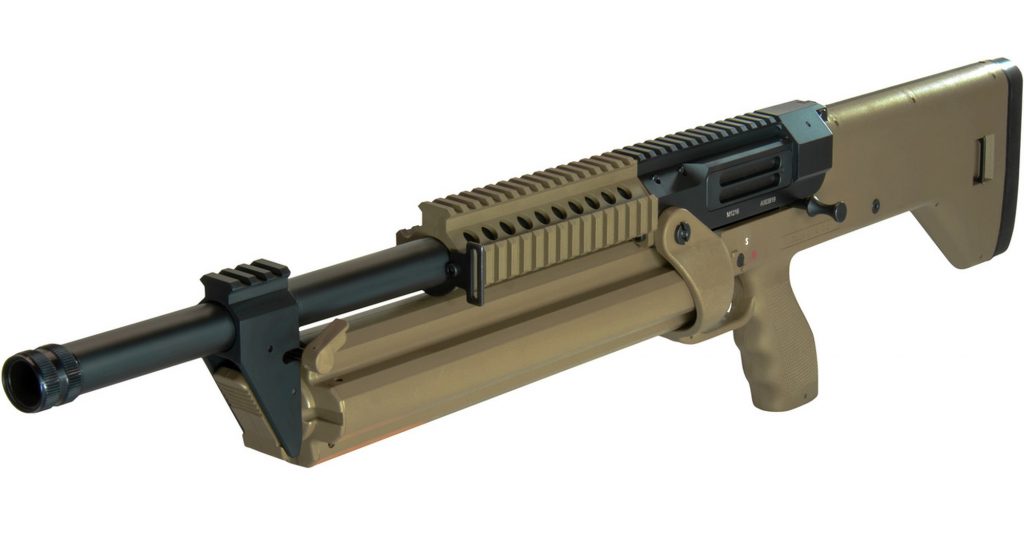 With the non-NFA model, you get 16 rounds of 12 gauge in a compact package. It’s smaller than a Mossberg 500 with an 18.5-inch barrel but packs more than three times the ammunition. The roller delayed gun helps keep recoil low, keeps the gun light, and doesn’t require a heavy gas system or finicky inertia system to function.

The SRM 1216 also looks like it came out of the future, even though the operating system came out in 1945.

The SIG 510 used an inline design, much like the AR 15. This helped reduce recoil and make the weapon a fair bit more controllable. The rifle looks somewhat goofy, but it served well for 33 years before being replaced by a 5.56 caliber rifle. 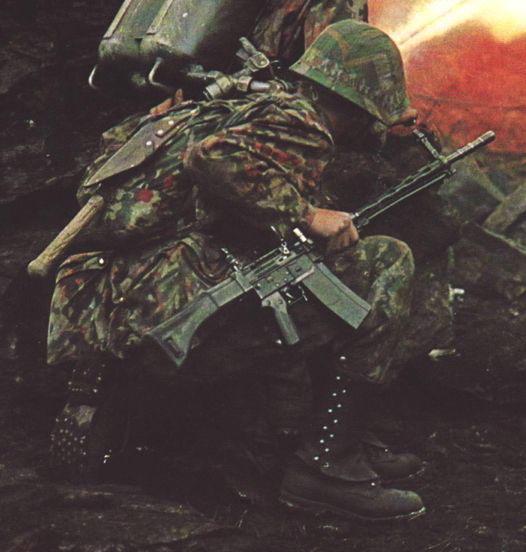 The SIG 510 served beyond 1990 in the hands of reservists and lasted so long because it embraced modularity as part of its design.

Finally, we get to the first-ever roller-delayed blowback weapon. Unsurprisingly it’s a German design called the STG 45. I know what you’re thinking. Do I mean STG 44, the world’s first assault rifle? No, I mean the STG 45. The STG 45 was designed to provide the same firepower of the STG 44 without being mechanically complicated. The roller delayed design meant safe and reliable operation without the need for the long-stroke gas piston system.

The STG 45 would be cheaper and easier to produce. This meant the potential to equip every German with an assault rifle existed. However, it was also 1945, and the war was ending. Mauser’s projects would come to a close before they could ever become a reality. They produced working models and proved the concept could work.

The Future of Roller Delayed Firearms?

That’s a good question. What’s next for the roller delayed operating system? It’s a fair question and one I can’t fully answer. It seems like most modern firearms use a short-stroke gas piston system. I think the future of roller delayed firearms will be submachine guns and PCCs. The roller delay system offers a ton of advantages over simple blowback and makes very controllable and reliable pistol-caliber long guns.