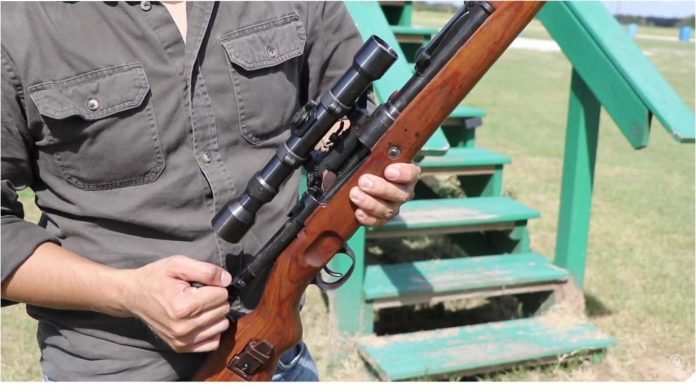 Germany fielded the Karabiner 98k Mauser starting in 1935 and the 8mm bolt gun soon became the stuff of legends. With that being said, how does the sniper variant perform? To answer that question, Josh Mazzola and Henry Chan team up in the above test from 9-Hole Reviews.

The Germans have always been a fan of sniper rifles– going back to the Scharfschützen-Gewehr 98 model, the Kar98k’s older brother, in 1915. The sniper variant fielded by the 9-Hole crew includes a 1939-vintage Zielvier ZF39 4x scope made by Opitikotechna on a short side-rail mount.

Overall, the old Mauser still delivers, grouping tight even at extended ranges. Does it make it on target over 1K out? Watch the video.

Also, check out the related tie-in where Josh and Henry use a c.1943 Kar98k with irons out to 500 yards, for a comparison.